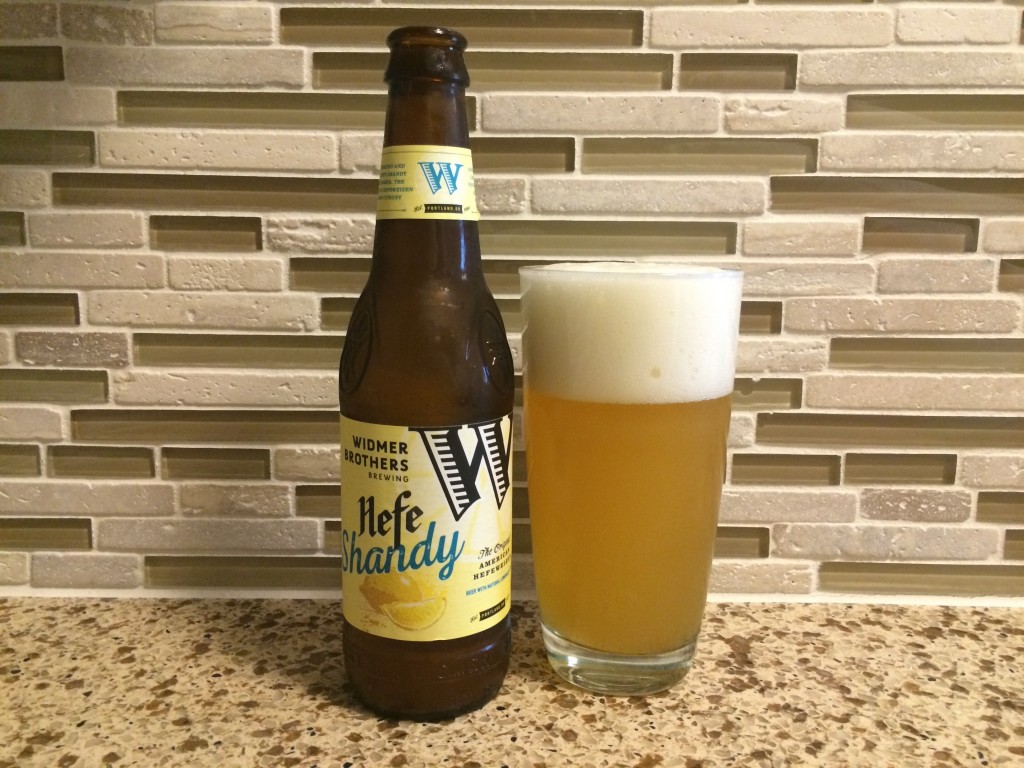 Widmer Brothers Brewing has entered the shandy craze with its new Hefe Shandy that is currently hitting store shelves across the country. Hefe Shandy, a take on the brewery’s flagship beer with a lemon twist, is the new Summer Seasonal from Widmer.

The largest player in the shandy market is the Jacob Leinenkugel Brewing Co. and its shandy varieties have now become the brewer’s largest selling beer with exponential growth with each passing year. As craft brewers take note of this sales volume from Leinenkugel, additional breweries are taking part in this rapidly growing category.

Not to be left out, Widmer has joined in on the trend with releasing its first shandy just in time for the upcoming summer season. Using its iconic flagship beer, Hefweizen, the brewers at Widmer put their own unique spin on this beer. This spin is brewing its Hefe with a new hop varietal named Lemon Drop hops and is then followed up by adding natural lemonade flavoring.

After sampling a bottle of Hefe Shandy it’s a bit different than many of the others out in the marketplace. A pleasant lemon flavor first greets the palate, one that is not overbearing or overtly sweet. The citrus presence in the beer is pleasant and enjoyable. Hefe Shandy will be the perfect session beer as the weather heats up. At only 4.2% ABV this will become a perfect companion for many outdoor activities.

“Hefe has been served with a lemon since the early days,” said Rob Widmer, co-founder of Widmer Brothers Brewing. “The lemon on the rim of the glass has become a recognizable icon for Hefe fans in Oregon and across the country as Hefe’s popularity has grown over the years. With Hefe Shandy, we’re bringing the lemon ritual to life in a whole new way.”

“We have been brewing Hefe for almost 30 years now and Hefe Shandy is a great complement to our flagship,” said Kurt Widmer, co-founder of Widmer Brothers Brewing. “I lived in Germany before we started Widmer Brothers in 1984, and adding fruit juice or soda to beer to make shandies and radlers is quite common there. It is a great way to bring down the alcohol a bit and adds a bright, refreshing flavor. We feel like Hefe Shandy accomplishes just that, and we are excited to release it as our new summer seasonal.”

This new addition to Widmer Brothers’ seasonal line-up will be available across the country on draught, and in six- and 12-packs. Hefe Shandy can be found using the Widmer Brothers beer finder at widmerbrothers.com/find-beer.