Beers that are being brewed for those that live a healthy lifestyle are a popular new segment in the craft beer industry. The latest brewery to join in on this active lifestyle segment is Widmer Brothers Brewing as the Portland based brewer releases the new year-round Süperweizen, in 6-pack, 12oz cans across the Pacific Northwest.

In developing the recipe for Süperweizen, the brew team decided to create a beer that would incorporate a variety of superfoods in the recipe. Süperweizen incorporates blueberries, goji berries, golden berries, acai berries, black carrot, and ginseng. The result is a low-ABV, low-calorie wheat beer is bright and crisp with notes of berry and a refreshing finish.

“People today are hyper aware of what they’re eating and drinking” said Steven Hallstone, senior brand manager for Widmer Brothers Brewing, in a statement. “We wanted to create a refreshing beer that folks could reach for after a hike, a run, or—in our current times—after an in-home workout. We’re not making any health claims about Süperweizen, but if you are planning on drinking a post-workout beer, why not drink one that tastes great and is loaded with superfood ingredients?”

To assist in the launch of Süperweizen, Widmer Brothers has unveiled a sweepstakes to give one lucky winner a Peloton bike, the perfect combination of a premium indoor workout followed by a world-class replenishing superfoods-infused beer. This contest will end on until June 1st, so don’t delay in registering here. 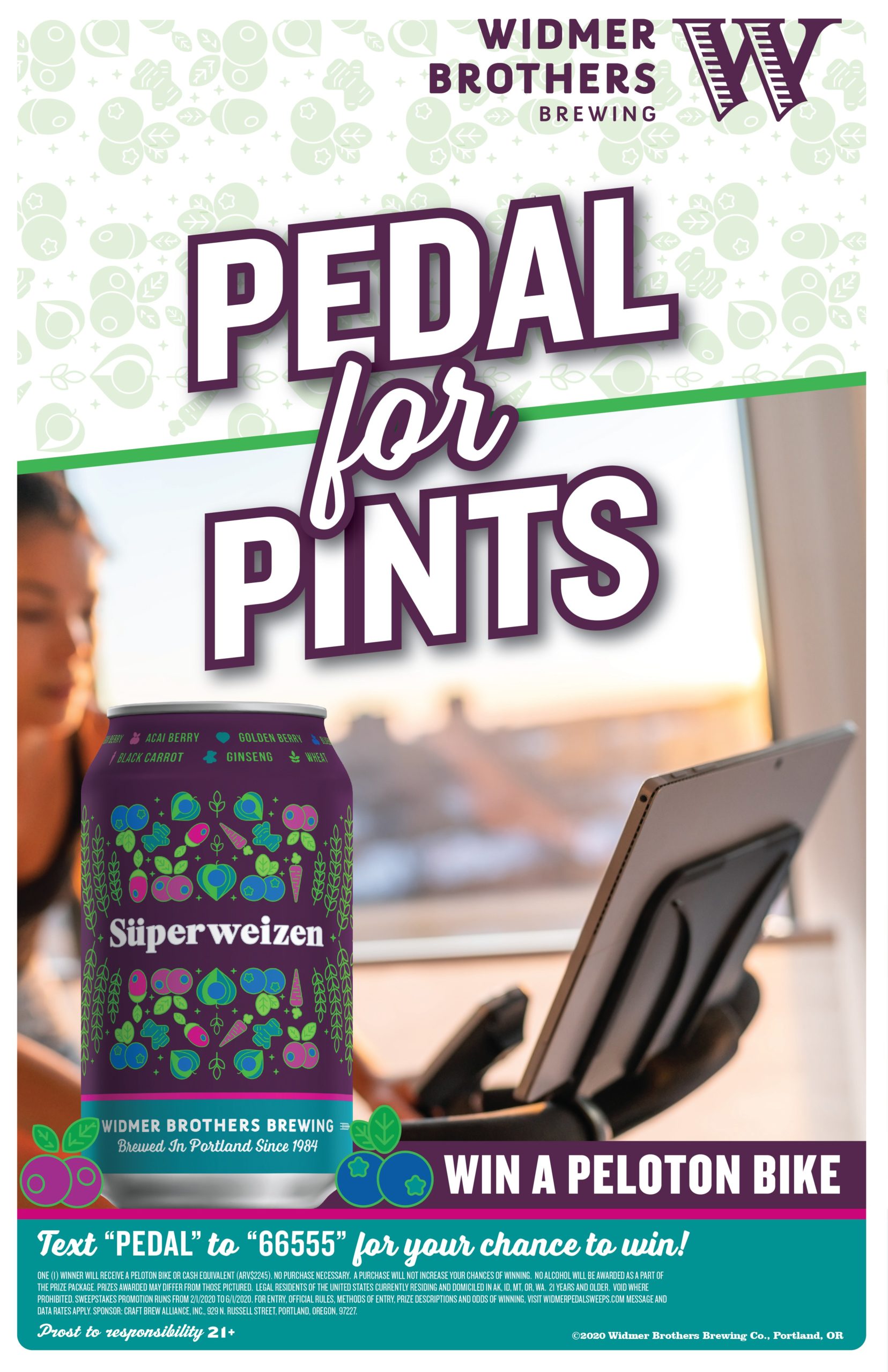 Süperweizen is crisp, light-bodied, and loaded with blueberries, goji berries, golden berries, acai berries, black carrot, and ginseng. Pouring a shimmering purple hue, this bright ale has hints of berry and 124 calories per 12-oz serving.  Süperweizen is packaged into brightly-colored purple cans with a vibrant fruit and vegetable design highlighting the superfood ingredients.