One of the Pacific Northwest’s longest running winter seasonal beers makes its return for the 2021 holiday season. Full Sail Brewing returns with the bold and hoppy Wreck the Halls Double IPA that’s packaged in 4-pack, 16oz cans and on draft.

Through its nearly 20-year history, Wreck the Halls has been satisfying beer drinkers during the holiday season. The beer has also been awarded four gold medals during this span.

More recently, Wreck the Halls has evolved into a Double IPA that is part of Full Sail Brewing’s Strong Current Double IPA series. A sublime hybrid of an American-style Double IPA and a Winter Warmer, Wreck the Halls has comforting notes from pale and crystal malts and copious quantities of Centennial hops for a bold brew that is perfect for the season. This hoppy holiday ale was just released and is available through December in 16 oz. 4-pack cans and on draft in limited quantities and sits at 8.5% ABV 8.5% and 68 IBUs.

Wreck the Halls is an excellent choice on its own or pairs well with various foods. With its complex profile and slight caramel maltiness, not only does Wreck the Halls pair well with your go-to chips and dip or pretzels, it also pairs nicely with a variety of hors d’oeuvres and starters such as charcuterie plates, nuts, olives, fondues and cheeses. Or enjoy with hearty meats, stews and vegetables. Finish your holiday meal with Wreck the Halls and sweeter, spice-forward desserts like spiced rum cake and spiced sticky toffee pudding. 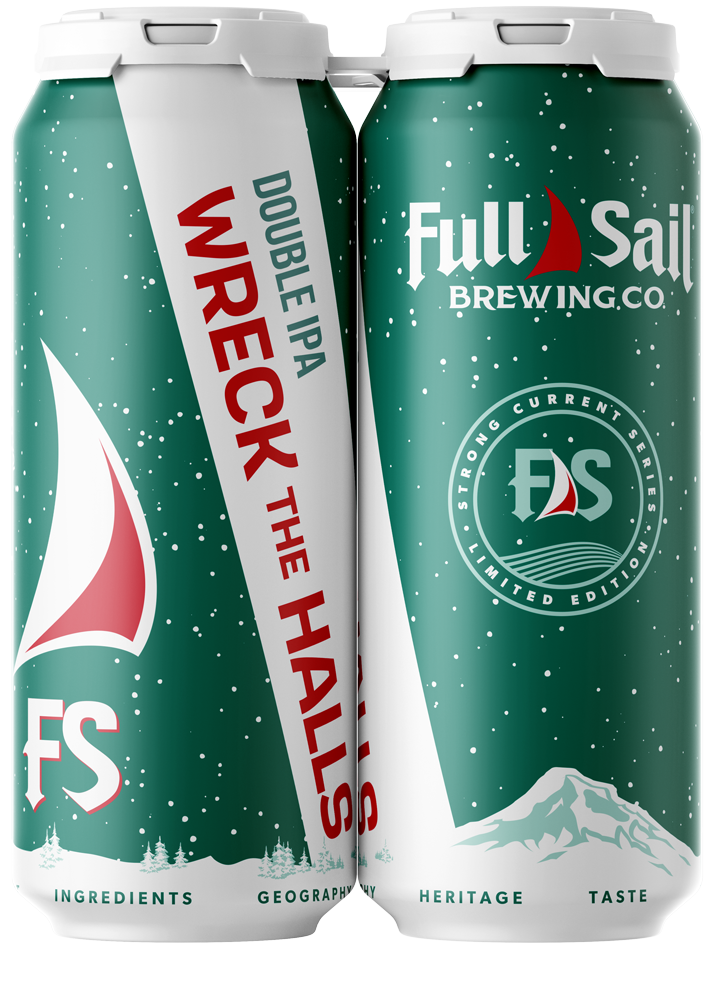 Full Sail Brewing’s Strong Current Series celebrates the Pacific Northwest. The beers in this series are inspired by the great outdoors and the environment which provides amazing recreation and one of our most treasured natural resources: the pure water that flows from the springs on Mt. Hood to our brewery and beyond.

Haze of the Gods Double IPA will be the next beer in the Strong Current series. This heavenly hop-fueled expedition that’s juicy, balanced and never bitter arrives in January 2022.