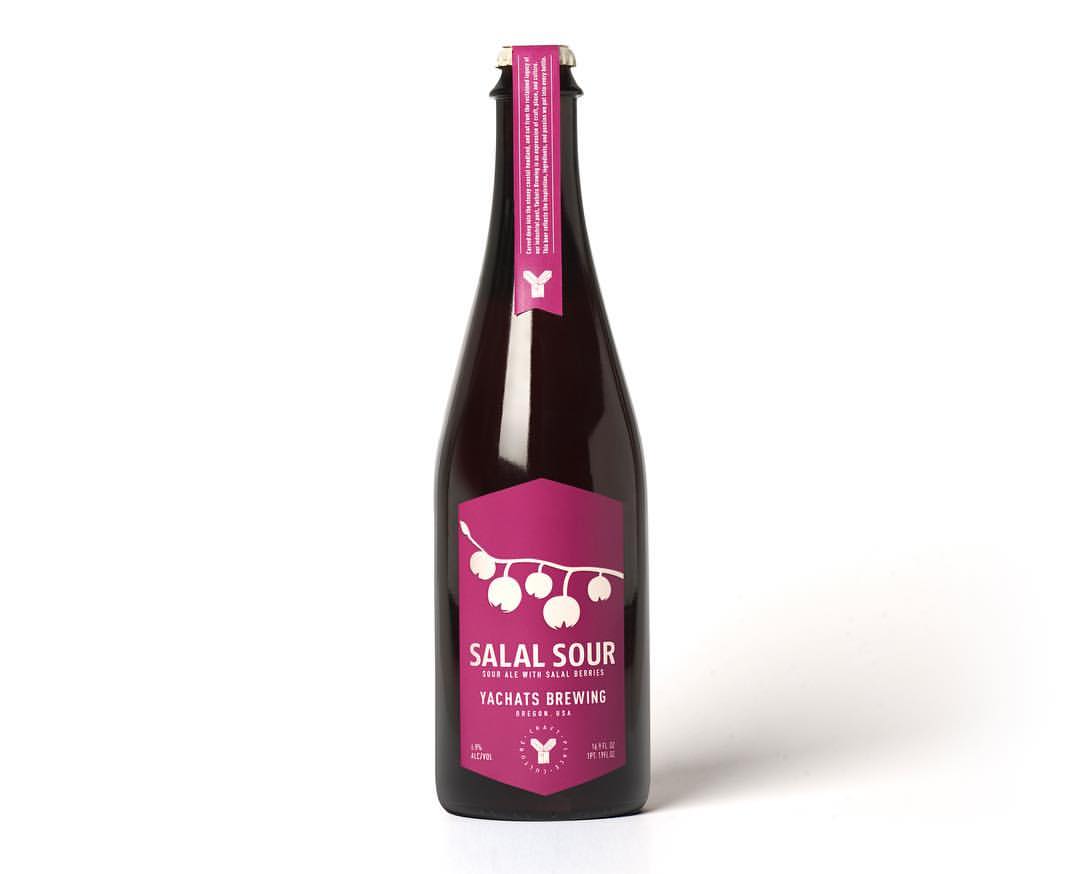 Salal Sour is being released on the heels of the coastal brewery’s first bottle release from last month, Cetacea. This farmhouse beer used the addition of Szechuan peppercorns, and its saison yeast blend that reveals a bright, oral, and citrus experience. (6.5% ABV)

On Saturday, Yachats will release Salal Sour during a daylong event that will lead into an evening of live music from Slipshod beginning at 5:30pm. This Portland based duo is known for its Bluegrass, Blues, Americana and Old-Time music.

Salal Sour is mixed-culture saison that highlights local, wildcrafted salal berries, used by the indigenous people of Cascadia for generations. Salal Sour reveals a bright, tart, and earthy flavor at 6.6% ABV. Grab a bottle of two beginning at 11:30am.

On the horizon mark your calendars for Yachats’ bottle release of Peche on Friday, March 24th. This mixed culture saison features fresh Earlystar peaches from Mosier, Oregon. Peche is fermented in a large open wine barrel, then transferred onto the fruit and re-fermented for several months. (9.5% ABV)

For those of you interested in a mid-week beer dinner, Yachats will host a Brewer’s Pre-Release Dinner on Wednesday, March 22nd. This five-course beer and food pairing dinner will feature a pre-release for Peche. Dinner tickets are $65.00 each and can be purchased here.