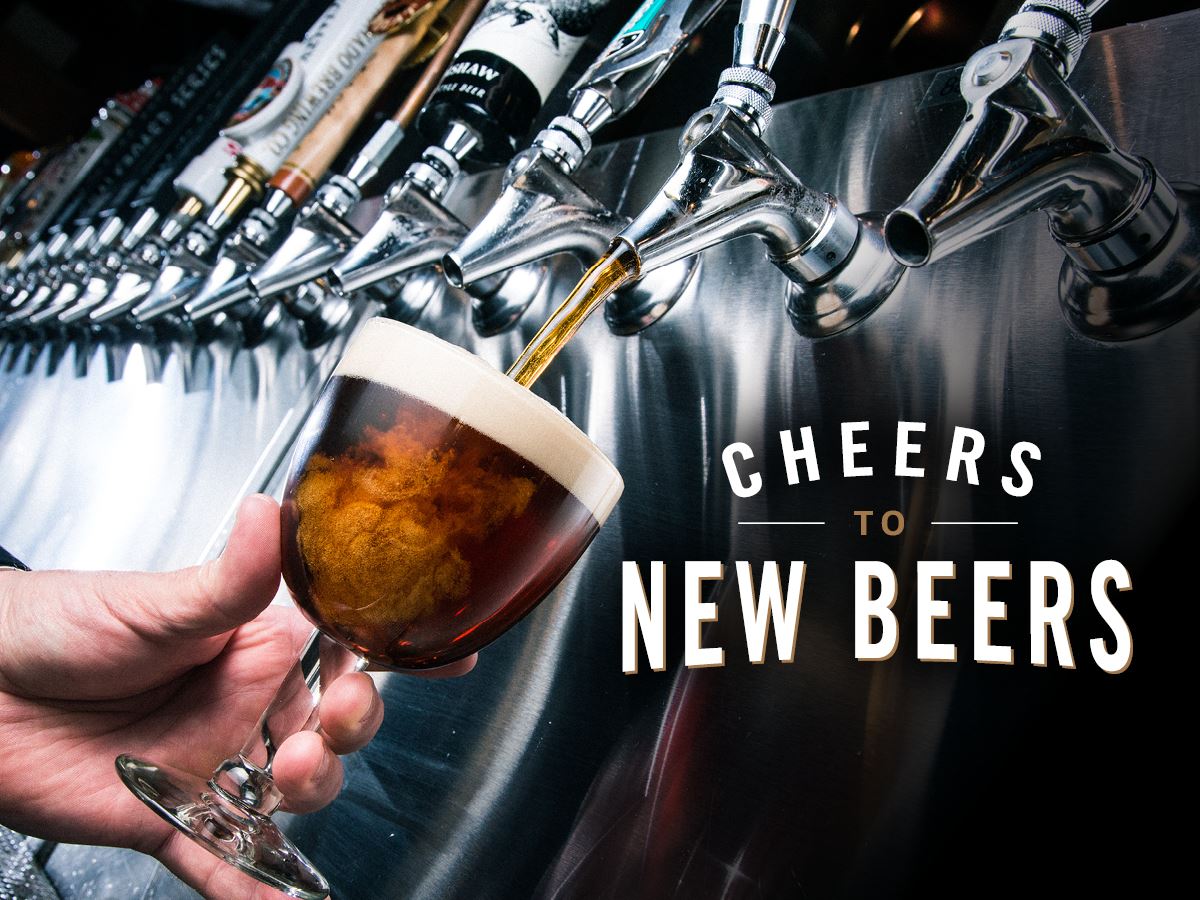 Today is when Yard House will tap 1,581 new beers across its 63 beercentric locations around the United States. Over half of the new beers will be brand new to Yard House with a strong emphasis on featuring local beers. This new lineup of beers is a result of the Yard House’s annual beer review from its beverage team and beer experts. Locally look for new beers at the downtown Portland Yard House located at 888 SW 5th Avenue.

This new lineup of beers will also include a very limited offering of Sam Adams Utopias, the biennial release from Boston Beer Co. Utopias, when found, retails at close to $200 a bottle. Since this beer sits at 28% ABV, Yard House will be pouring Utopias in two-ounce pours at $22 per serving while supplies last. This will be a prime opportunity to taste this very rare release.

“It’s an intense–yet very thoughtful–process we undergo each year,” said Gregory Howard, beverage manager for Yard House.  “Our Beer Review process takes approximately three months to complete.  During this time we talk to local distributors, our own server and bartender teams as well as the brewers themselves to find out what is new and what is being called for in each location.”

“There was a huge call for us to focus on local brews, and I believe our team answered that call,” added Howard.  “What you’ll find is a much more interesting and defined beer menu with each location having its own distinct list of the best local, regional and imported brands available.”

Yard House’s Beer Review begins with feedback from guests and team members, who are on the frontline at each location observing first-hand which beers are in demand and are moving quickly.  Every team member, from dishwashers to general managers, are also surveyed and asked to put together a “wish list” of what they would want added to their restaurant’s beer head.  After the information is collected the beverage team meets, tastes and reviews more than 1,000 beers that span the spectrum–in terms of style–and include everything from local brewers and well-known domestic brands to imports.

“Ultimately we select from 20 to 30 new beers to replace the lowest selling brands at each restaurant,” shared Howard.  “That equates to nearly 1,600 tap handles companywide.  And, of course, each Yard House will have a couple of taps that are exclusive to that particular location.”

While IPAs remain popular, sour beers are on the rise as evidenced by the handful Yard House is adding to its menu.  These styles are deeply rooted in European brewing traditions, and each location will feature both European sour offerings as well as some amazing American craft sours.

Yard House’s Beer Review also plays an instrumental role in what will be offered during the year as part of the restaurant’s “Chalkboard Series,” which is reserved for seasonal and small-batch selections. These beers rotate frequently and are displayed on a digital chalkboard above the signature island bar.

With the Beer Review complete, the next order of business for Yard House is to begin an intense training with servers and bartenders who will come into direct contact with guests when the beers are tapped on March 28.  That’s the day guests can belly up to the bar to enjoy one of the new selections served in a traditional pint or goblet.  Yard House also offers beer in 9-ounce glasses known as shortys as well as its signature 32-ounce half yard.  Select locations also offer growlers to-go, allowing guests to bring home their favorite beer from Yard House.

March 28 also marks the day Yard House will begin offering Sam Adams Utopias, a biennial beer released in very limited quantities that retails for nearly $200 a bottle.  As one of the very few restaurants to carry the limited-release beer, Utopias will be available in two-ounce pours at $22 per serving while supplies last at most Yard House locations.

Yard House, which boasts on average 130 taps of beer per location and offers a menu of American favorites from its scratch kitchen, is open daily for lunch, dinner and late-night dining.  For more information, visit yardhouse.com or follow on Facebook at facebook.com/yardhouse, Instagram and Twitter @yardhouse