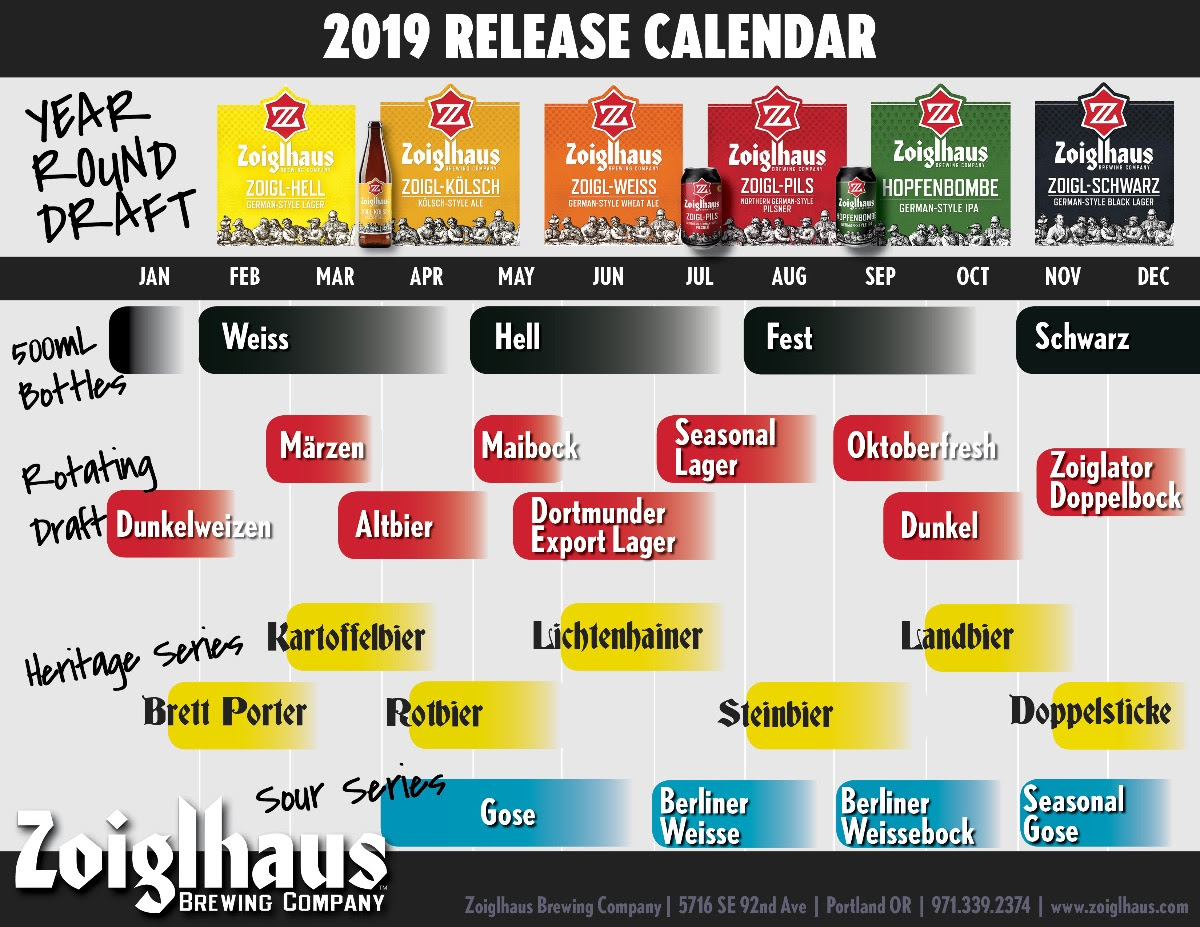 Out in the Lents neighborhood, Zoiglhaus Brewing has announced its 2019 Beer Release Calendar. This new beer release calendar encompasses its lineup of 500mL bottles, 12-ounce cans, core lineup, and rotating beers. In addition to these established series of beers, Zoiglhaus will release its new Sour Series and Heritage Series of beers.

Here’s a rundown on what to expect from Zoiglhaus and the Alan Taylor led brew team in the coming year!

Once many of these new beers come to market, we be bringing you additional information on them.