Today Zupan’s Markets is ready to release its fifth beer in its Farm-to-Market beer series. After previously partnering with Coalition Brewing and Buoy Beer, the locally owned grocer has now partnered with The Commons Brewery on a new saison.

“Zupan’s Markets is excited to be partnering with The Commons Brewery to expand our Farm-to-Market series into a new style – saison,” stated Zupan’s Markets’ President and CEO Mike Zupan in a press release. “Together, we’ve created the ideal food beer, perfect to share with family and friends.”
Described as a “light-bodied saison has a robust, champagne-like carbonation brewed with white peppercorn and white sage, with bright citrus and herbal notes that cleanse and refresh the palate”. This Saison will be available starting today, Friday, April 7 at all three Zupan’s Markets locations in 750ml bottles at a suggested retail of $15.99. Don’t delay as only 45 cases were produced as it will likely be on shelves for a limited time.

“Zupan’s Markets embodies our mission of gathering with friends and family to enjoy a beverage, meal and conversation,” stated Mike Wright, Founder of The Commons Brewery in the release. “Our shared commitment to high quality ingredients made this partnership a natural fit.” 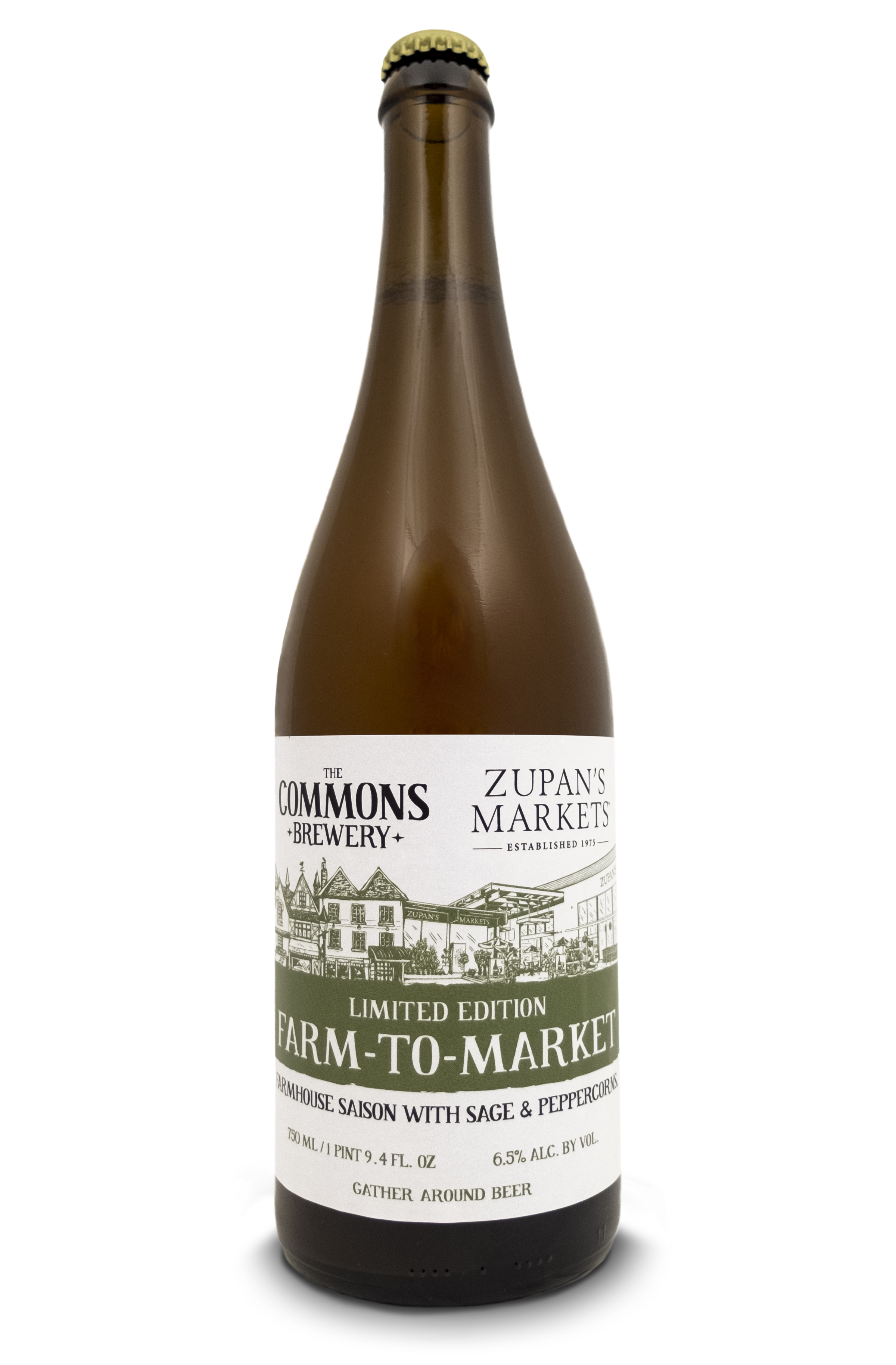