For its 2020 spring seasonal beer, 10 Barrel Brewing has released Snake Run Double IPA. Available in 12oz cans, this big, bold Double IPA packs a hop punch that knocks it out of the park in this limited release.

Taking its name from a long run at a skate park, Snake Run takes you on a hop ride from its abundance use of hops. Its hops are prominent and are at the forefront, but are well balanced by its malt bill.

Snake Run pours a golden color with just a slight bit of haze, more than the various filtered IPAs that come from 10 Barrel Brewing. A nice ring of head tops the glass that’s followed with a decent lacing in the glass as the beer is consumed. Aromas of citrus and stone fruit followed by pine fill your senses. Then flavors of citrusy grapefruit, mango and passionfruit bring forth a well-built DIPA that sits at 8% ABV and 70 IBUs.

Look for Snake Run in 6packs across the Western U.S. while supplies last. 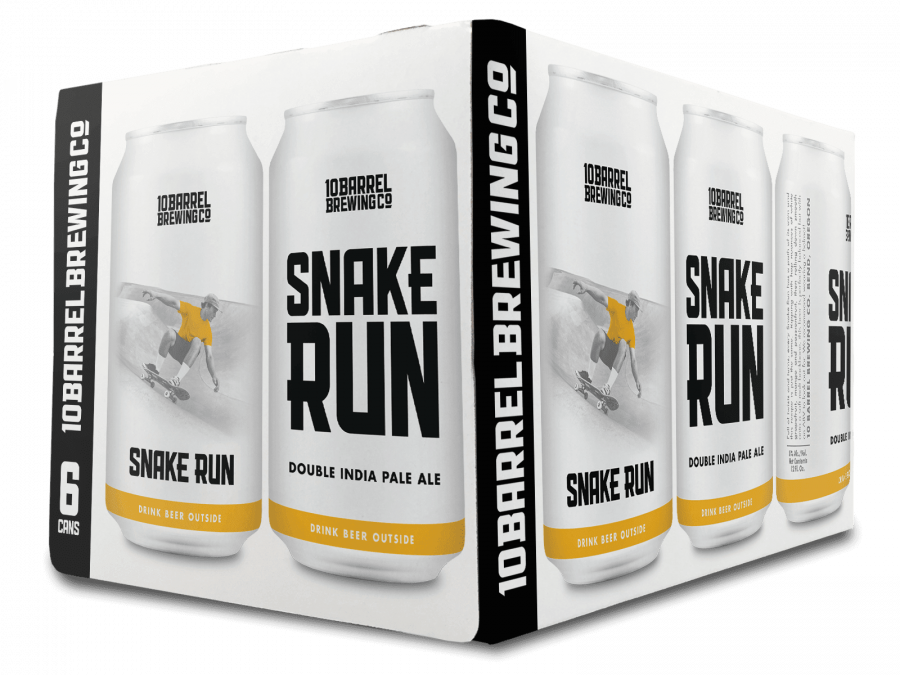