These days there’s a lot going on with craft beer in our region. We’re seeing growth like never before and for those of us who love really appreciate artisan brews, we understand the importance of disseminating the good word. Our good friend Charlie Herrin has been busting his butt to cover this burgeoning craft beer up-rise through his well-produced and thoughtfully executed series known as The Beer Traveler.

From a humble DIY start to a much more streamlined yet all-inclusive push to promote great beer, Herrin and his team have been investing a lot of their own time, money, and resources to get some traction for The Beer Traveler.

Here at Brewpublic we realize that there are a lot of worthy causes to give to when it comes to such Kickstarter campaigns. We have been huge fans of Charlie’s work and, to be honest, of Charlie as a human being. He is a genuine and charismatic soul who puts others before himself. He is a family man and his passion for homebrewing and his appreciation for great beer available commercially is evident upon a short encounter with him. 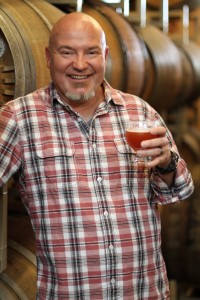 We are asking you to support The Beer Traveler by giving to their Kickstarter campaign. The more you can give, the better, but whatever you can muster will certainly make a huge difference. The show is about to get picked up by network television. This is no small achievement. If you haven’t seen what is happening with The Beer Traveler, now’s the time…and it’s only getting better. Production value and editing of this high-end, yet down-to-earth project feels like a perfect fit for folks like us who love Pacific Northwest craft beer and seek to promote good, hardworking, beer-loving folks like Charlie Herrin.

“We are nearing the end of the long journey towards getting our show on network” said Herrin in a statement released earlier in the week. “Once that hurdle has been jumped, the next leg of the race will begin, which will be the filming of a full season of episodes.” 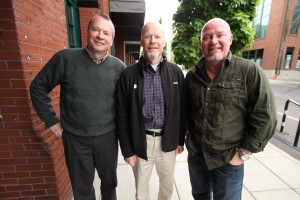 We are asking you for help in either sharing the information with all of your friends and followers, or if you are able to and interested in, giving a donation.  If any of you in the industry donate $1000 or more to our campaign, I will happily wear your shirt in an episode.  Not only do I promise to rock your brand, but we will also reach out to all of our followers letting them know how you’ve supported us.   If you’re interested in donating a thousand, please get in touch with us directly as we are unable to add this to the Kickstarter campaign costs.

As we’ve said from the beginning of this crazy journey, our goal is to raise the craft beer industry up in a fun and informative way, and hopefully pique the interest of the 93% of the drinking population who don’t drink craft as we go.  This is my ultimate goal with the show, to turn non craft consumers into craft consumers,  so they can finally understand what all the ruckus is about.

If you are a consumer of craft beer, you’re going to want to read this.

The Beer Traveler needs your help! We are in the final stages of getting the show to network, and need people that are willing to help spread the word about the show. This will allow us to continue to increase the views on our YouTube page which in turn helps to prove to the networks that we have content that people are hungry for. You could go a step further by encouraging everyone you know to check out our KickStarter campaign which launched Monday June 24th.

If you haven’t had a chance to see the show yet, we have embedded a few video’s below:
Contribute to The Beer Traveler’s Kickstarter Campaign

Our goal with the show is to help build the craft industry by creating programming with non-craft consumers in mind. We are using food & travel as the hooks to make it exciting for those folks that don’t yet know or understand this incredible industry, while making sure that there is a little relaxed downtime in the form of brewery visits for those tried and true fans of the craft. 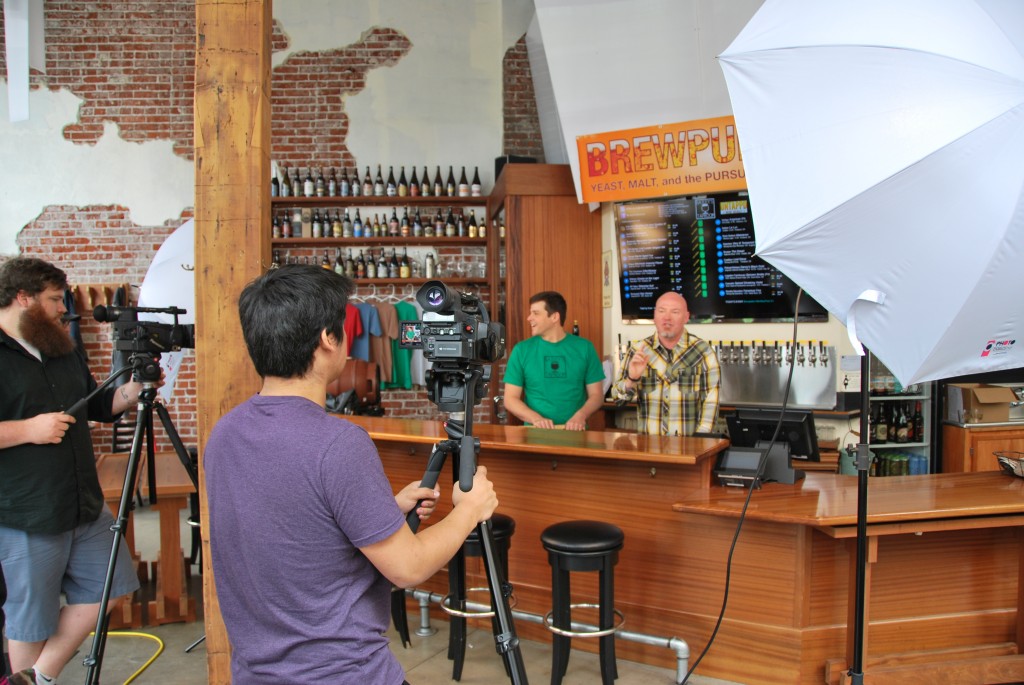 Why use food & travel?

1) Craft drinkers love to put beer and food together for the ultimate in taste indulgence.

2) Food is an obsession in this country, and people willingly follow their tastebuds to find mouthwatering delights.

3) People are more than willing to travel to see different breweries that make great beer, especially if there’s some beautiful scenery or awesome road trips along the way.

We truly feel that with the addition of these two pieces the show will be both fun and entertaining to a larger audience, not just the 7% of the drinking age population that is currently enjoying craft. 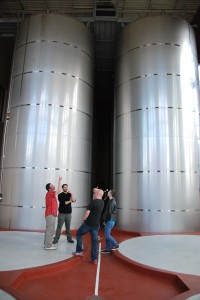 If you’ve already watched the two webisodes we attached above, you’ll see that we’ve stayed very beer oriented in them. Because we were working with a very limited budget and knew we would need to create a grass roots type of growth, we knew the temporary focus would need to be solely directed on the craft beer industry and it’s members.

Then, as we were able to expand and become more fully developed, the other components could be added in.
If you think this is something you’d be interested in, or you know someone who might be, please feel free to pass the word.

Thank you for taking the time to read this and supporting us any way you can.

Contribute to The Beer Traveler’s Kickstarter Campaign  – Thanks for your support!