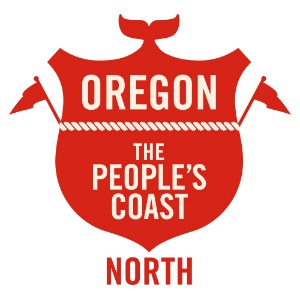 Oregon’s North Coast – The Beer 101 Pint Pass, a mobile passport connecting 10 breweries, pubs and restaurants along Oregon’s coastal Highway 101, was launched today. Each Pint Pass purchased for $20 is good for a $5 mobile gift card from each of the participating locations (a $50 value). The gift cards can be used for beverages (alcoholic or otherwise), food or merchandise at the 10 venues in Oregon’s North Coast communities including Astoria and Warrenton, Seaside and Cannon Beach. Pint Passes are available for purchase at www.beer101pintpass.com through January 29, 2016, and must be used prior to February 29, 2016.

The Beer 101 Pint Pass is the first beer-centric pass released by Bandwango, a software company that works with destinations to create their own passports for food, beverages, attractions and activities through one simple, mobile-ready platform. Bandwango has offices in Portland and Salt Lake City, two of the fastest growing tech markets outside of Silicon Valley. Bandwango is also bringing attractions passes online in Denver, Salt Lake City, Bermuda, Ogden and Grapevine, Texas.

Bandwango worked in coordination with the Oregon’s North Coast marketing coalition, a consortium of the tourism promotion organizations for Astoria and Warrenton, Seaside and Cannon Beach, to develop the Beer 101 Pint Pass.

According to Jon Rahl, assistant general manager of the City of Seaside Visitors Bureau, teaming up with Bandwango to create the Beer 101 Pint Pass was a natural fit. “We have such a growing and high quality craft brewing scene along our stretch of Highway 101,” said Rahl. “This allows us to offer consumers a great experience and value exploring what our craft brewers and restaurateurs are creating during the fall and winter months.”

“We’ve created an amazingly simple and straightforward experience that allows consumers to easily enjoy a value, and for establishments to benefit from a turnkey process that brings in new customers,” said Brandon Holmes, a Portland-based co-founder of Bandwango. “As consumers we demand convenience and value. For the merchants, they want simplicity and results. Our focus is on merchandising the destination in a way that delivers all of the above.”

Once a Pint Pass is purchased, guests simply select the venue, and then show their smartphone to a server or cashier when paying their check. There is a limit of one Pint Pass per day, per person, per item, and each gift card must be used in full during a single visit. There is no cash back given, and customers must be 21 or over to purchase alcohol using the Pint Pass.