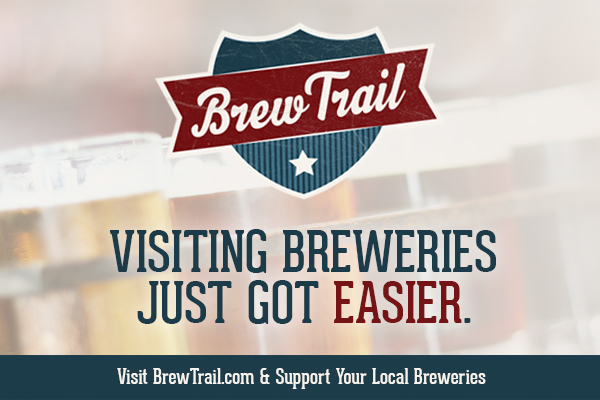 A great new website, BrewTrail.com, has recently launched that allows beer fans one centralized location for finding their nearest brewery or brewpub. Developed by Chris Pooley and Chris Margonis, BrewTrail.com is a website that has compiled every brewery and brewpub in America along with their brewery tour schedules and tasting room times. The duo paired all of that info to the site’s trip planner so that anyone is able to create their own custom brew trail. Sounds like a perfect time for a road trip. As Pooley states, “We like to say that we’ve made visiting breweries easier.”

New Haven, CT – November 13, 2013 – Beer lovers, your prayers have been answered – visiting breweries just got easier.  Brew Trail, the ultimate compilation of brewery information, has gone online and promises to make beer tourism a one-stop planning experience.  According to the Brewer’s Association, there are 2,538 breweries and brewpubs operating in the country (the most since the 1880s) and only one website – Brew Trail – has tracked them all along with the meticulous key details like their brewery tour and tasting room schedules.  Never before has so much detailed brewery data been available on one site.  With Brew Trail’s Trip Planner, aficionados can plot out a multi-state tour or simply check out some new breweries in town, easily incorporating each brewery’s schedule to cover ground most efficiently.  It’s all free, and it’s optimized for mobile devices.  From pilsners in Portland to stouts in St. Louis, Brew Trail will help plan a fantastic expedition along America’s beer trail.

“It’s been a true labor of love.  A very, very detailed labor of love,” said Brew Trail co-founder Chris Margonis.  “Why did we start the site?  My buddy and I love beer, it’s as simple as that.  And when we realized there weren’t any sites like this – a one-stop spot for all the brewery details along with brewery tour and tasting room times, we devoted ourselves even more to our hobby.  We want Brew Trail to be seen as a promotional asset for all craft breweries – to help them level the playing field and gain recognition among the big boys.  And we think Brew Trail also has the potential to become an excellent tool for state and local tourism boards as more and more localities launch their own beer trails.”

The US craft beer movement has been exploding, with an astounding 10% annual growth – even while overall beer consumption has been declining slightly in favor of wine and spirits.  Although it makes sense given that craft beers have similar complexities and food pairings as wine.  Five out of ten fastest growing beer brands are craft (Dale’s Pale Ale, Lagunitas, Ranger, Torpedo, Shiner) and several of them  have been seeing a mind-boggling 45% growth in sales.  With this new, overwhelming beer awareness, Brew Trail arrives at the perfect time to make a potential mark on the scene and establish itself within the craft beer culture.

About Brew Trail (www.BrewTrail.com)
Visiting breweries just got easier.  Brew Trail compiles every brewery and brewpub in the country – over 2,500 – allowing beer lovers to quickly and seamlessly plan their ultimate tasting trip.  Tour schedules, tasting room hours, fees and other info is all available on one site for the first time ever.