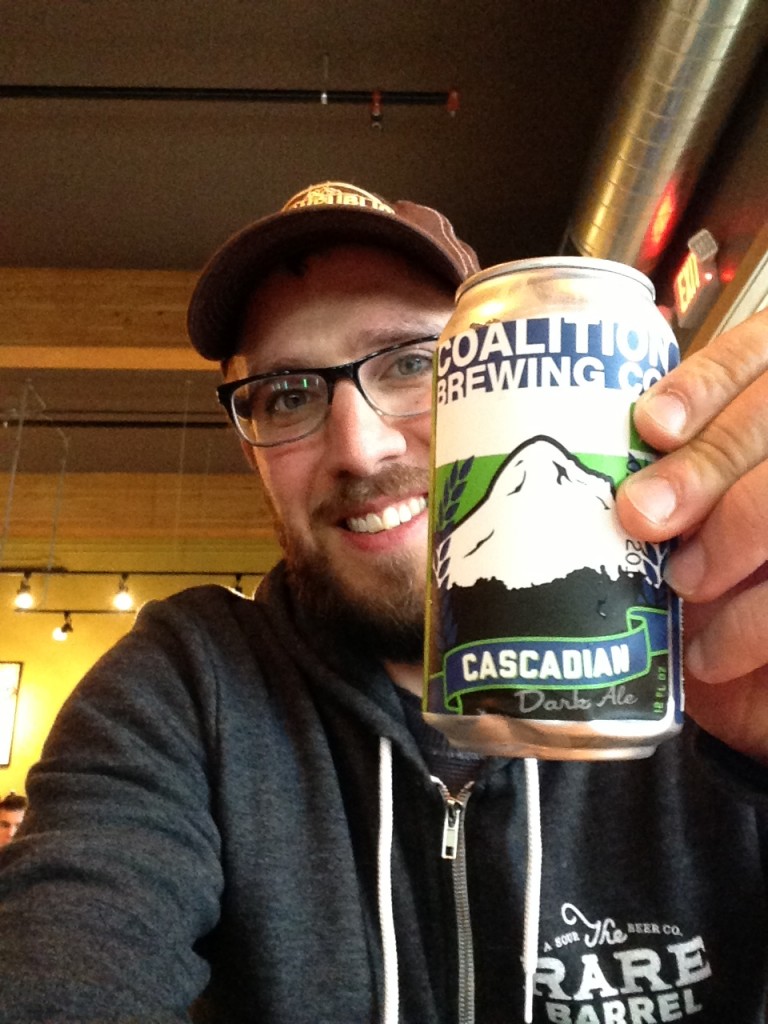 After a year away in the San Francisco Bay Area, I’ve finally made the journey back home to Cascadia. Circumstances surrounding my return leave for mixed emotions, but the overall sentiment of being back in an area where so many of my close friends and family are located is that of elation and relief.

You see, the Bay Area is a wonderful place to be with stellar weather and a fair share of choice craft beer, but if I am honest with myself, I must admit that nowhere I have traveled so far in this great land has been able to hold a candle to the culture that surrounds artisan beer here. A few cities make the top list of destinations when it comes to great craft beer, but none nearly as prolific and aboveboard as Portland, Oregon. 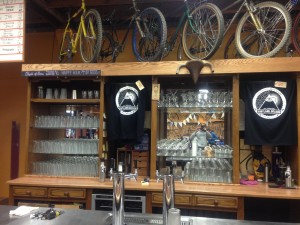 San Diego and Denver definitely round out the top of the list for best beer towns in America, and a handful of others such as Chicago, Boston, Seattle and even San Francisco are worth mentioning. But, as I’ve pointed out in the past, when you consider the quantity and quality of of craft breweries here in the Portland and Cascadia region, there is honestly no comparison.  Where else other than Oregon can you get a growler filled at a gas station or find a craft beer option on draught at even the lowliest of dive bars? We have laundromats, bike shops, and even strip clubs with excellent tap selections. And living here, we don’t even flinch at this abundance. It is simply ingrained in our lifestyles.

Some time away from all of this has made me really appreciate just how awesome it is to live here when your pursuit is that of great beer…and plenty of it. Every couple of months when I would return to visit, it seemed that several new places were up and running, ready to reaffirm that this truly is Beervana and it’s really something special. It warms the cockles of my liver and brings a tear to my eye just thinking about it. Ah, the sentimentality!

There are some places that are not to be missed when heading into Oregon, even if you are on a tight schedule. Driving up from California, the first beacon of beer prosperity can be found in Ashland. This cute and tidy town at the southern tip of the I-5 is a microcosm of what is to be discovered by the avid beer hunter here. Standing Stone Brewing and Caldera Brewing both offer great locally brewed beers sure to excite your interest and sate your thirsty palate. 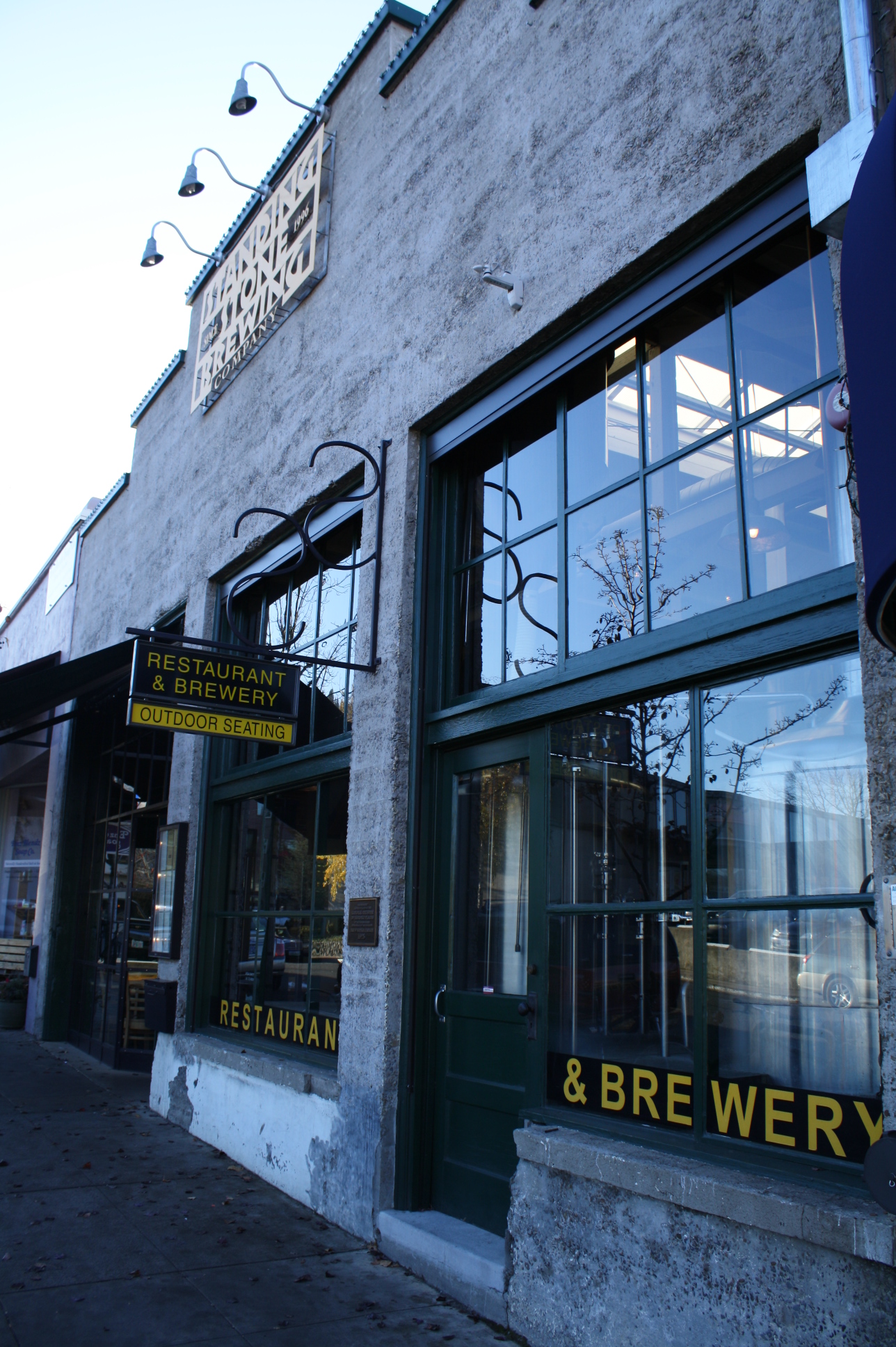 While in Ashland last time, I linked up with Women Enjoying Beer‘s Ginger Johnson and her husband and Standing Stone head brewer Larry Chase. These people rock! After sitting in as a guest on Ginger’s weekly Beer Radio show on community supported KSKQ (Larry produces the show for his wife here, too), the merry couple took me out on the town to sample some delicious beer and food. Our first stop was the Northwest Pizza and Pasta Company. A meeting hall-style family-friendly environment, this establishment features a number of choice regional craft beers on tap such as some from Southern Oregon Brewing (Medford) and Walkabout Brewing (Central Point). There’s also a number of others to choose from, available in pint or pitcher format. 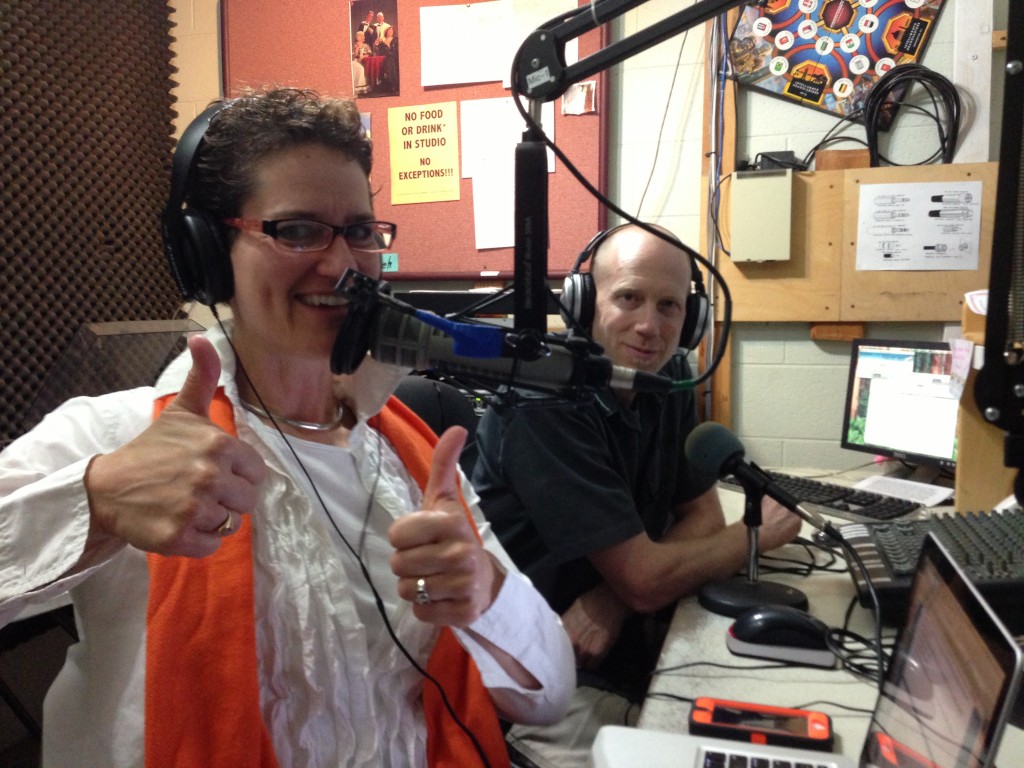 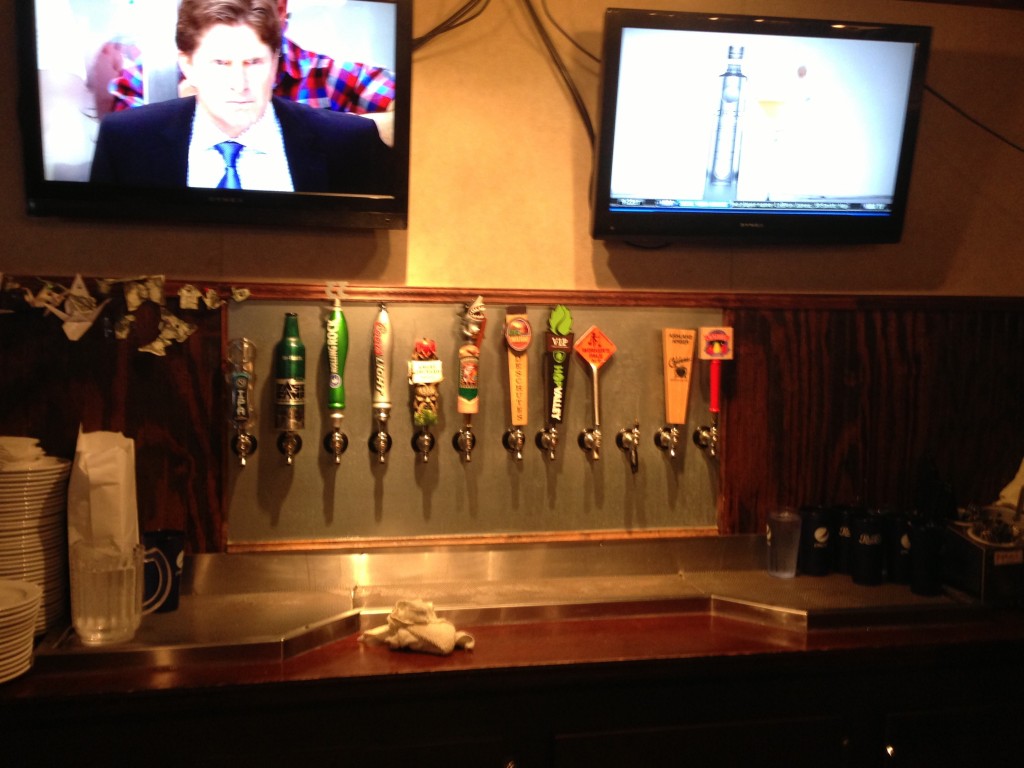 Following our pit stop at Northwest Pizza and Pasta, we heading over Standing Stone to sample some of Larry’s house beers. This was a real treat because Standing Stone beers are seldom found outside the confines of the downtown microbrewpub. A no brainer for me was the Hop Night, a Cascadian Dark Ale with a bold piny and citrusy character, yet not too bitter for an unapologetically hopped up offering. Other top notch offerings were the Twin Plunge Double IPA and the sessionble Hardtail Ale. In addition to having great beer, Standing Stone matches with excellent food that is locally sourced and mostly organic. I can’t say enough good things about Standing Stone! 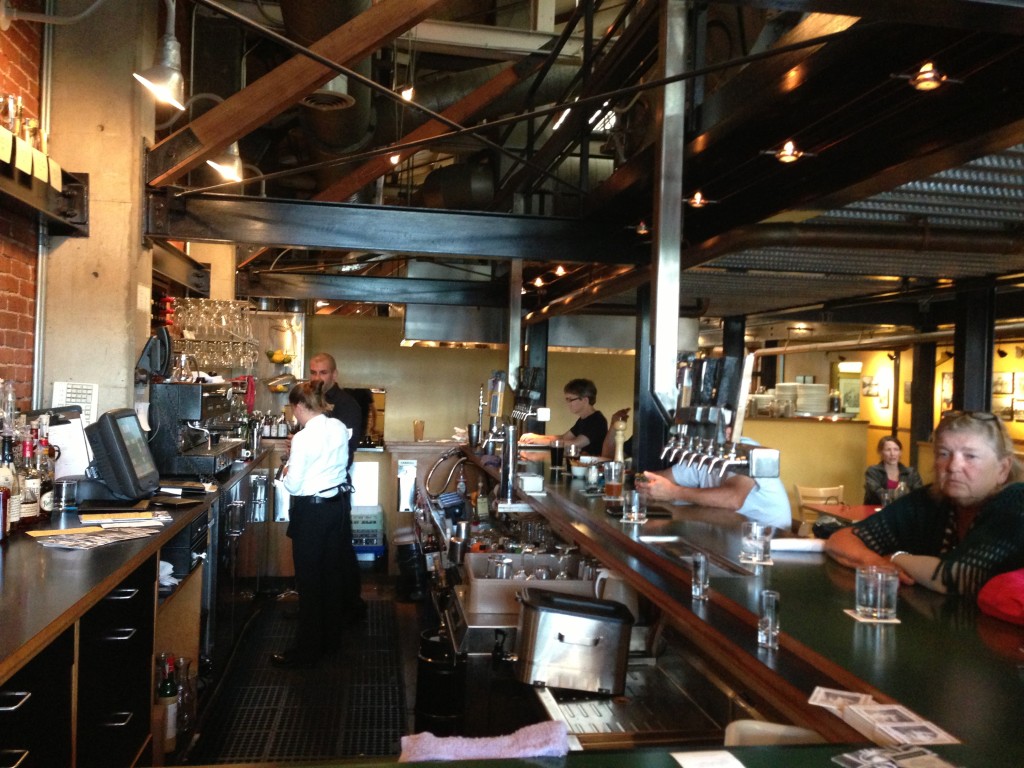 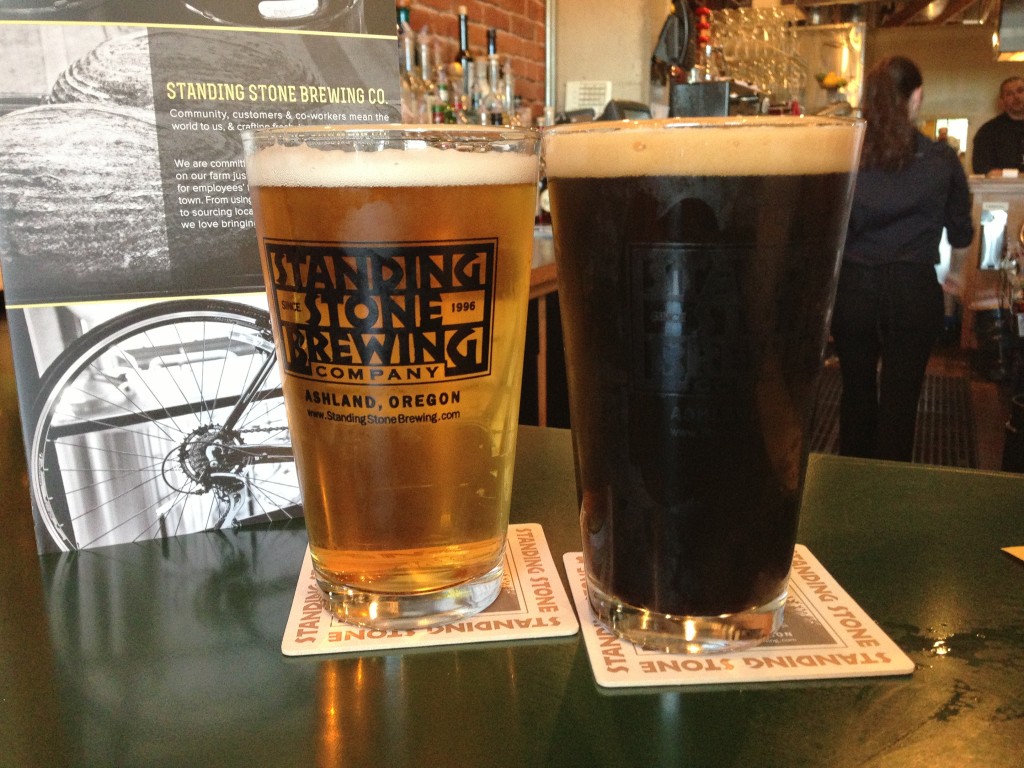 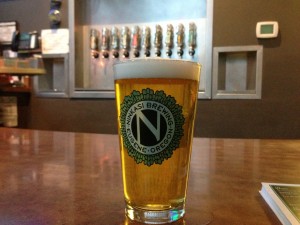 From Ashland heading north, you won’t find a lot brewery hot spots until you reach Eugene, about three hours up the way by car. The beer scene in Eugene is really blowing up these days. It’s always been solid, but now it is making big leaps to assert itself as a top destination in the country, along with the venerable Bend, East of the Cascades. Oakshire Brewing recently opened a spacious pub in the Whiteaker Neighborhood of Eugene where Ninkasi Brewing‘s ever-expanding brewhouse is simply breathtaking. There is something behind Ninkasi’s flagship being called Total Domination IPA. 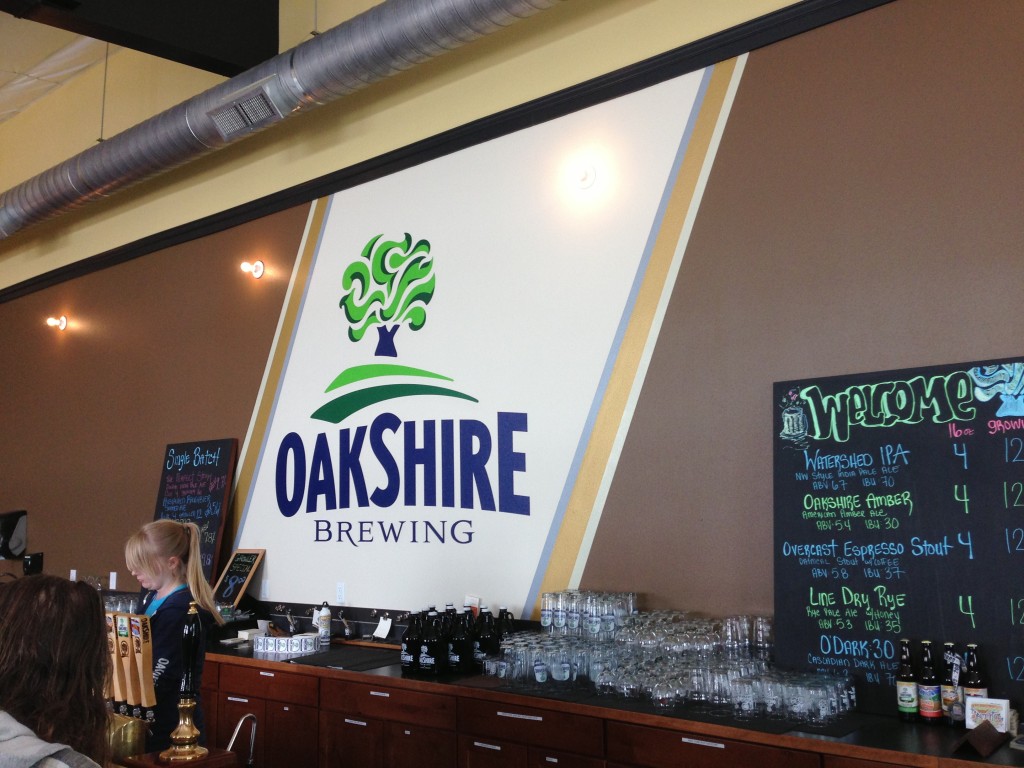 With seemingly endless options for great food and drink in the Whiteaker, a new massive brewery and pub opening by Hop Valley Brewing just a stone’s throw from Ninkasi is opening soon. Like Ninkasi, Hop Valley began in the same location in the neighboring city of Springfield and still operates there with excellent food and brews.

Speaking of Springfield, a new brewpub called Plank Town is open and pouring the beers of Steve Van Rossem, former Block 15 (Corvallis) and McMenamins brewer. In the heart of downtown Springfield, a city that has been taken over by many strip malls and corporate American enterprise, Plank Town offers a down home family environment that pays homage to the timber industry, artfully designed with huge slabs of old growth conifers and selectively motif’d with giant saw blades and portraits of the region’s economic timber heyday.

The first stop for me in Eugene was the new and improved Bier Stein. Recently moving south to Willamette Avenue, The new Stein is simply enormous and masterfully designed thanks to owners Chip and Kristina who care more about beer integrity than anyone I know. My friend, manager Dave Stockhausen, gave me a full tour of this spacious new establishment. I had seen pictures before arriving, but being inside honestly blew my mind. The place is beautiful and to put it simply, a beer lovers dream come true. I can say without fibbing that The Bier Stein is probably the best craft beer destination on the West Coast. Period. (Read our previous post on this new spot) 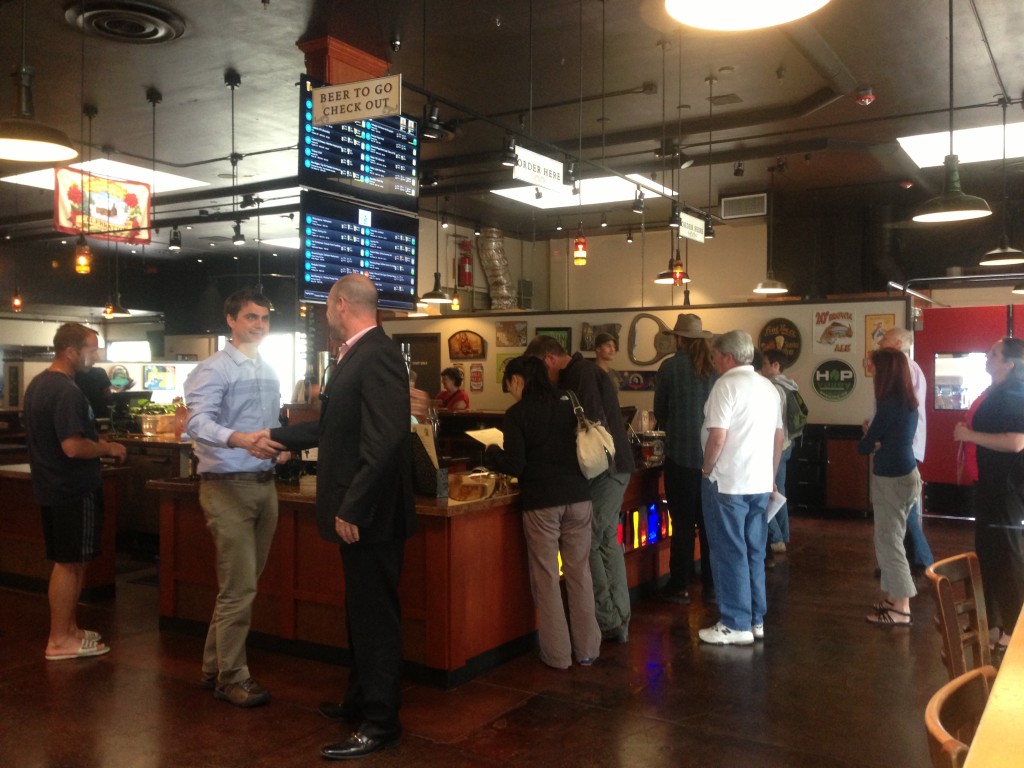 While in pursuit of great beer in Eugene, you have to stop by one of 16 Tons two locations in town. Founder Mike Coplin is as passionate about curating lineups of beer that beer geeks like himself would love to find pouring. Mike was so kind as to take time out of his day to give me a kickass tour of Eugene’s beer scene, including many of the aforementioned hot spots. He also took me to Falling Sky Brewing where the session beer is king. Co-founded by my good friend Jason Carrier, the quaint and cozy pub is soon to be joined by a new delicatessen and  pub not far away (probably around July). Jason has been a force in the Eugene beer scene for some time, having a hand in running the Valley Vintner homebrew shop next to where Falling Sky’s pub now lives. 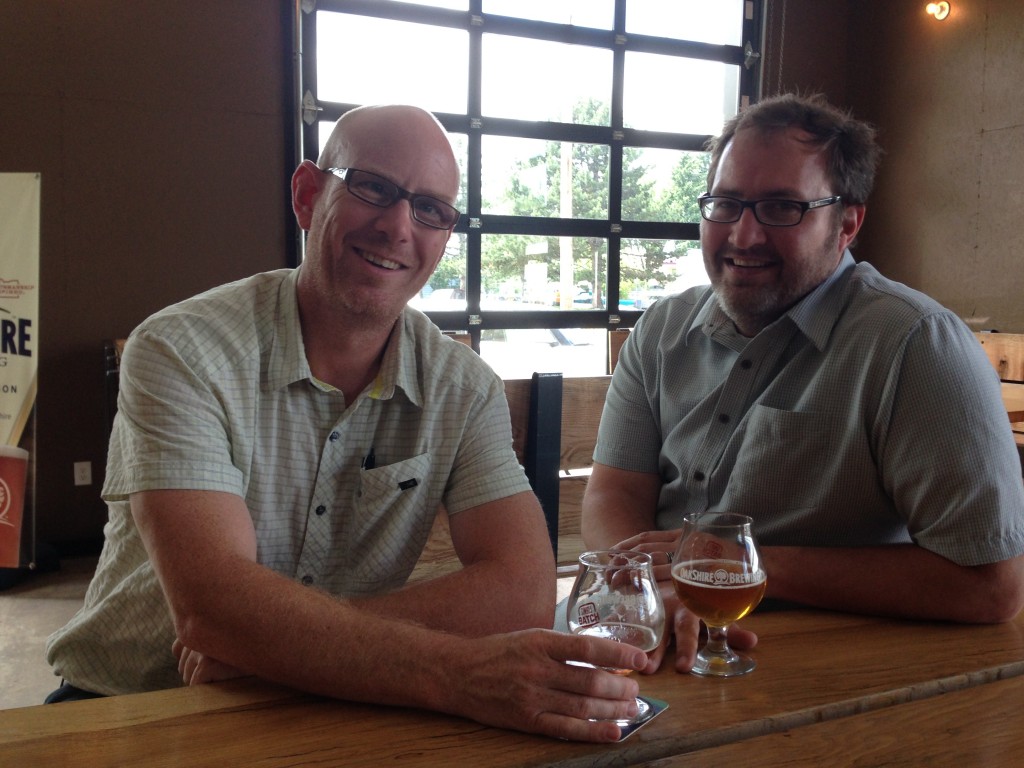 I was utterly impressed with Eugene’s rise in the craft beer ranks. There are other worthy haunts to not miss when there, like Steelhead Brewing, Rogue’s Tracktown brewpub, and McMenamins pub on High Street. New joints are popping up left and right here in what is known as the other “Emerald City.”  Rolling into Ashland and Eugene was just the tip of the iceberg when delving into Oregon’s craft beer scene. Corvallis is not far north of Eugene and offers two of the region’s most noteworthy breweries, Block 15 and Flat Tail plus several other killer beer spots. Like Eugene, Corvallis is a college town, so you know you will find some nightlife and choice food and drink.

Portland, on the other hand,  is a whole different animal that needs weeks if not months to really sink your teeth into what it has to offer. With about 60 breweries and endless craft beer pubs, Portland is insanely populated with craft beer madness. We’ll get back to that later. All this is making me thirsty…