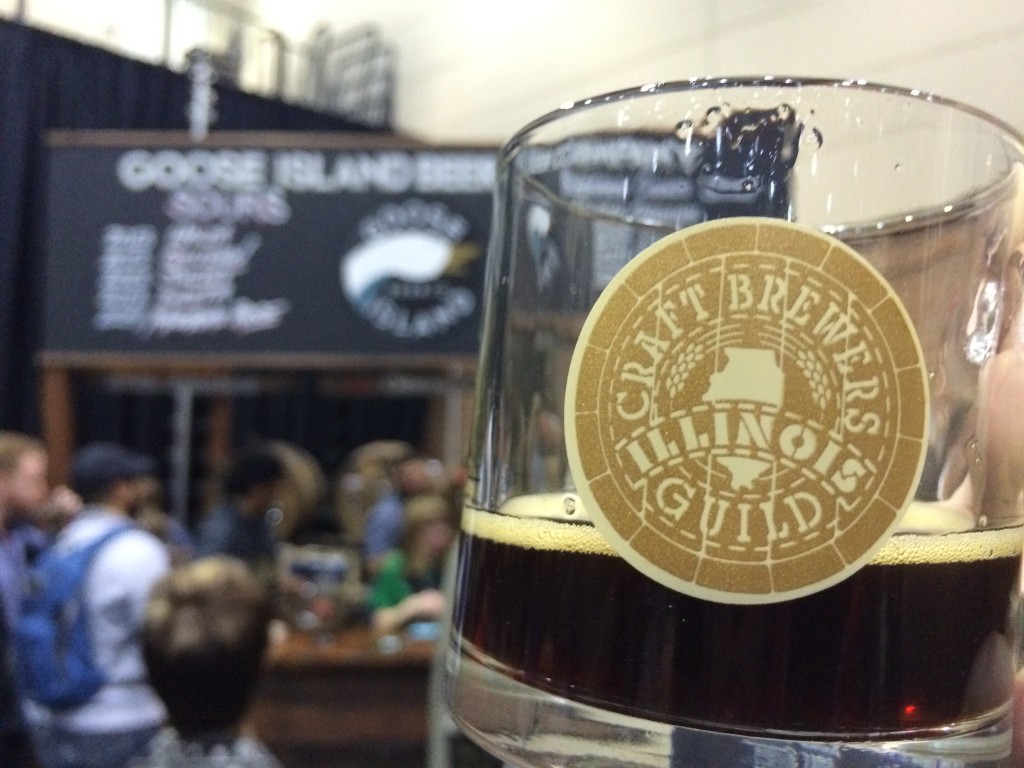 With the colder weather that has recently hit us, there’s nothing better than to hunker down with a big, bold barrel-aged beer to warm you up. And this past weekend we braved the even colder weather of Chicago to take in the 12th Annual Festival of Wood and Barrel Aged Beers (FoBAB).

Our good friend, Pete Crowley now of Haymarket Pub & Brewery, founded FoBAB back in 2003 at downtown Chicago’s Rock Bottom location. Since this time FoBAB has evolved to larger locations, then adding two sessions and with this year’s event adding another day for a total of 3 sessions.

Over the years the brewers of Chicago, beginning at Goose Island, were at the forefront of this now massive trend of barrel aging beer from used whiskey and bourbon barrels. As we all know now, the types of barrels that are sourced for this additional aging process has drastically expanded to almost all spirits, including Absinthe, along with wine and even used hot sauce barrels. Creativity is king when it comes to this highly skilled task of barrel aging.

This year saw some changes to the festival that is now in its 12th year. The major change was finding a new venue, now the festival’s 5th location, in the University of Illinois at Chicago Forum building and adding an additional day to the weekend. What ambiance was missed from the past few years at the Bridgeport Art Center was made up for in both quality and quantity of the barrel aged beers presented.

The additional Friday night session and larger venue meant that tickets weren’t as scarce as in year’s past. However, all three sessions were quickly sold out.

The setup at the 23,000 square foot floor was very reminiscent as what one sees at the Great American Beer Festival. The major difference is that the beers are all located in groups from the festival’s eleven categories. We feel that this is nice for those that want to sample by style of barrel-aged goodness.

Entry this year was $55 that included 15 taster tickets. Once on the floor one could choose from the record number of 300+ beers from an array of 115 different breweries. Goose Island had the longest line during FoBAB. Their massive line wrapped 1/2 way around the perimeter of the Forum. Maybe this has something to say that when it comes to high quality, well sought after beers, beer fans do overlook who the brewery owner actually is.

Goose did not shy from bringing the big guns to FoBAB. They featured their Belgian inspired beers along with the crowd favorite 2014 Bourbon County Stout lineup of Original, Coffee, Barleywine, Vanilla Rye, and Proprietors. On Saturday night Goose was pouring their BCS Barleywine through a coffee randall. This beer was amazing!

In all, things ran quite smoothly with some minor congestion amongst the aisles. The pumping music from DJ Brewer was the only thing we would like to see changed. The volume levels were a bit on the high end, which meant a challenge in discussing the barrel aged beers that were in hand (and mouth).

Eight breweries and one cidery represented the Pacific Northwest. This list included the following along with the amount of beers/ciders being served:

A panel of brewers, industry experts and even myself judged the beers at FoBAB on Friday prior to the evenings session. It was quite the experience to be part of the judging process and a great new-found appreciation for this work that judges provide at competitive beer events. Once the judging was completed on Friday afternoon, the judges awarded gold, silver and bronze medals to beers in 11 categories.

When the awards ceremony began just a bit after 3:00pm the blaring music ceased bringing brewers and many festival attendees down to the east end of the Forum to see first hand who the 2014 FoBAB winners were. With 11 categories to announce, along with Best In Show and Best In Show Runner Up, Pete Crowley started off with Category 11, the newly created category of Cider/Perry/Mead, and then ascended to Category 1.

The first of the Pacific Northwest breweries to win was Oakshire Brewing that squeaked in with a Bronze for their Hermanne 1882 in Category 9: Wild/Brett. Also placing in this category with a Silver was frequent visitor to Oregon, Jason Yester from Colorado Springs’ Trinity Brewing with Easy Swinger Wild IPA. This win was right on the heels of Trinity’s other Silver Medal in the previously announce Category 8: Wild/Acidic.

Breakside Brewery won a Silver Medal for their Aquavit Barrel-Aged IPA. Jacob Leonard was the sole representative this year from Breakside and he was ecstatic when it was announced that they won in the Experimental Category. This was Breakside’s second year sending beer to FoBAB and their 2nd medal. This category had 32 entries.

Keep abreast of FoBAB by following @IllinoisBeer on Twitter or IllinoisBeer on Facebook and their newly re-launched website at illinoisbeer.com. We look forward to our next trip back for the 13th Annual FoBAB in November 2015.