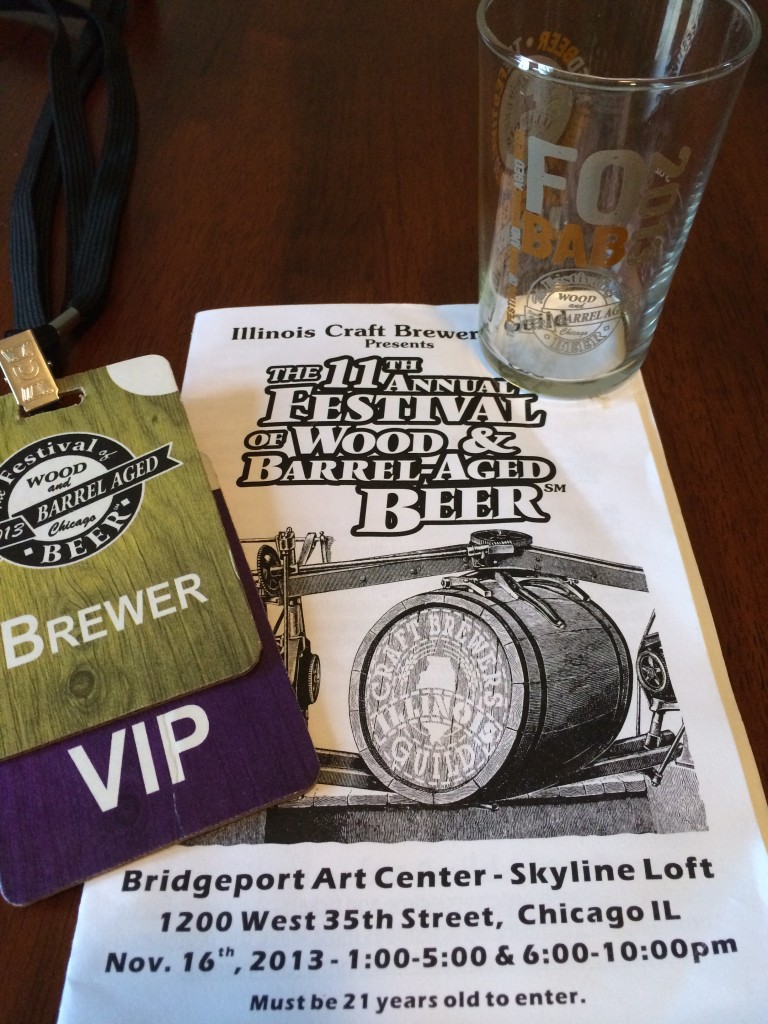 This past weekend the 11th Annual Festival of Wood and Barrel Aged Beer (FoBAB) took place in Chicago, Illinois. Now being held for the second consecutive year in the Bridgeport neighborhood on the Southside of Chicago, this year’s event featured the largest amount of barrel aged beers ever gathered for this fantastic festival. An amazing amount of over 230 different barrel aged beers were entered into eleven of the different judging categories and were then later sampled during the festival’s two sessions. 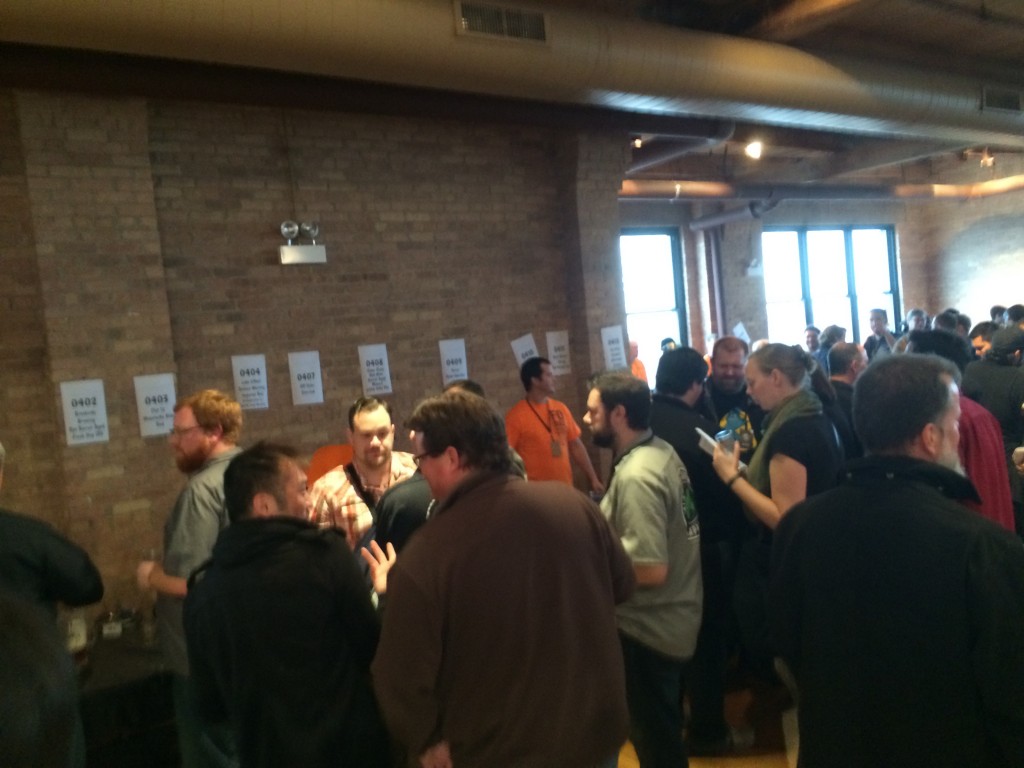 Having attended this festival 10 of the 11 years, it was a delight to see many more of our Oregon breweries entering this year’s festival. FoBAB was much easier to attend when I lived in Chicago but I have been fortunate enough to attend every year since I made my way to the Pacific Northwest in 2009. This festival is definitely one to do whatever it takes to attend. 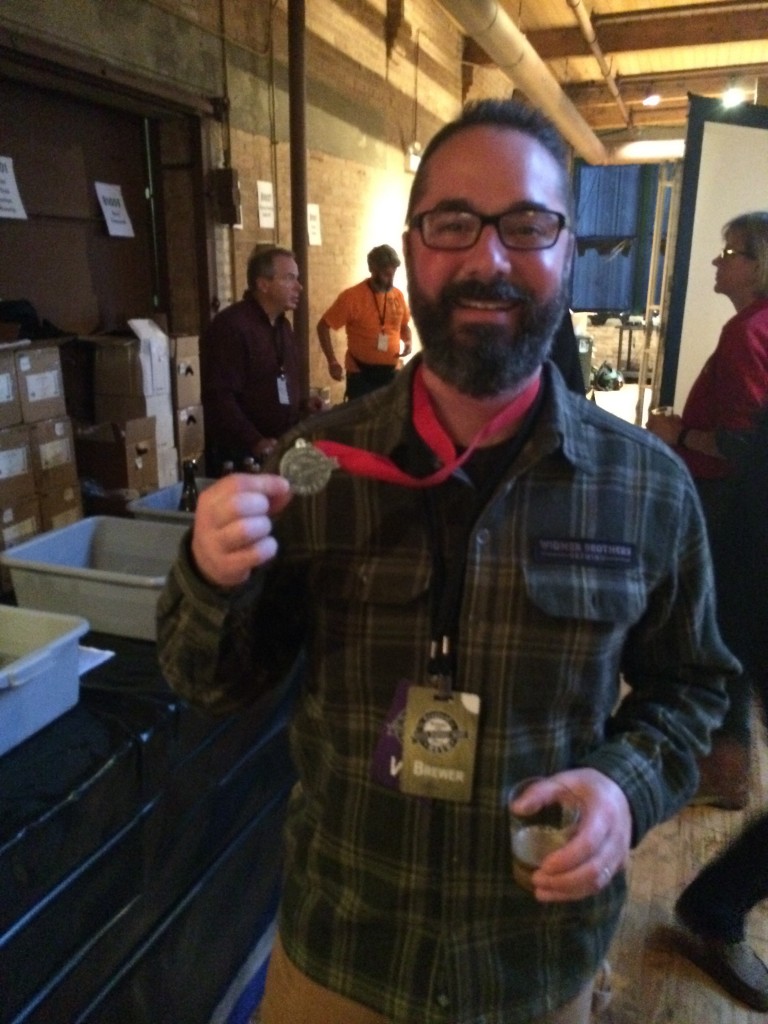 Breakside Brewery’s Ben Edmunds discusses his win a bit more. “We were so honored to win! That’s a beer we plan to release annually in May, right around our anniversary. We don’t have any specific plans to enter it into other competitions, for now. It is not one of our World Beer Cup entries for next year.” 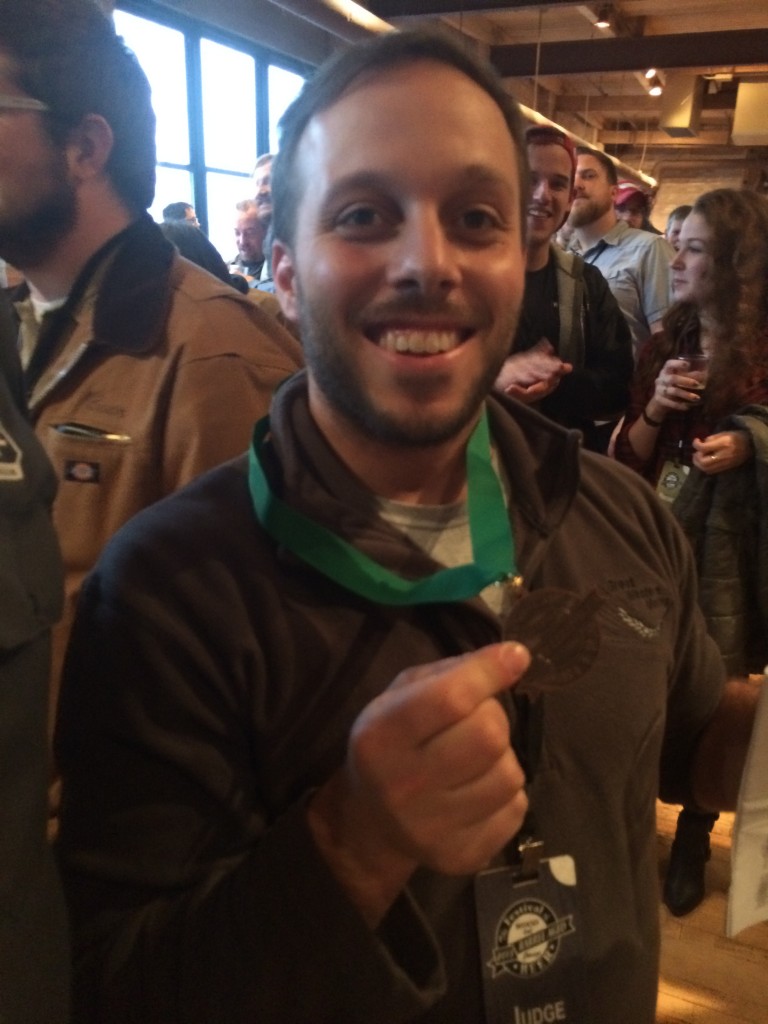 The festival itself is held in the Bridgeport Arts Center in its Skyline Loft. As first time festival attendee Cat Stelzer states, “The space was very upscale, yet laid back. I liked how the event space was a reflection of the event itself- wood surrounded everything. Loved the organization of beers by category and the numbering above the pour station made it easy to find in the catalog.” This sentiment was shared by Edmonds, “The format of the festival is unique: beers are arranged by style/competition category so you really can “taste the competition” as it were. I’ve never been to a fest like that and thought it was really novel.” 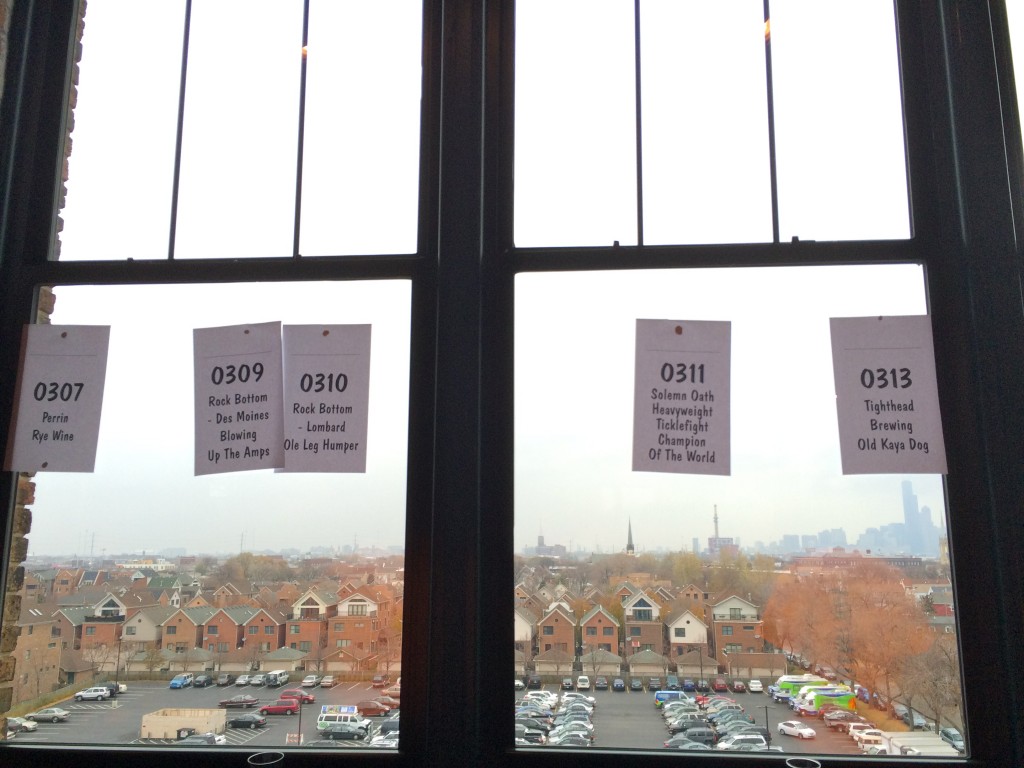 From spending the day drinking many various barrel-aged beers its tough to come up with your favorites. One of my favorites over the years is Central Waters Bourbon Barrel Stout. This happened to win gold.

Another favorite was new Chicago brewery, Ten Ninety’s Bourbon Barrel Aged Pomegranate Cayenne Porter. “Pomegranate and cayenne evened out each other perfectly so that it was very easy drinking and not too heavy, yet all the flavors came through nicely,” says Stelzer. 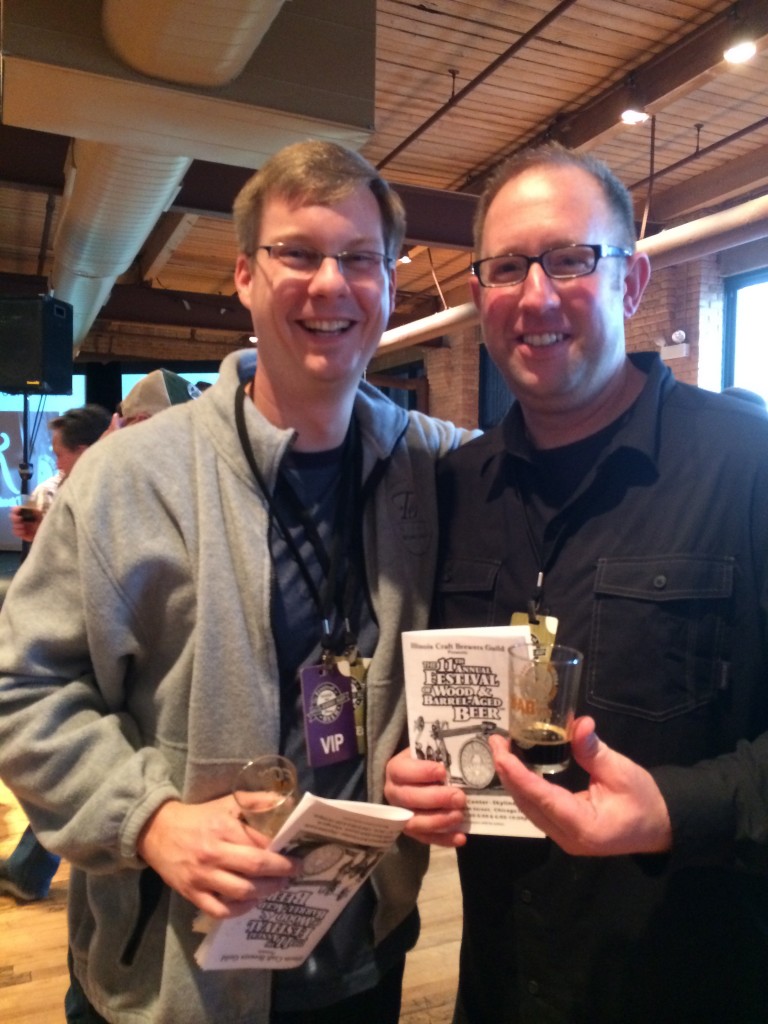 Then I came across Haymarket Pub & Brewery’s Clare’s Thirsty Ale, one of my all time favorite barrel aged beers. Brewed by FoBAB founder, Pete Crowley, he does wonders with this imperial stout aged on raspberries in oak bourbon barrels. This deep, dark beauty is such a delight to drink.

And if you’re not a fan of the deep, dark, rich barrel aged marvels there are lighter beers for you. This year FoBAB had an entire room that was dedicated to wild, sour beers.  New this year was the category for Cider/Perry/Mead that was won by Virtue Cider.

Then you have the category of Strong/Double/Imperial Pale that Widmer won a silver medal in. Beyond Widmer’s Downward Spiral the other highlight in this category was two Gubna Imperial IPA from Oskar Blues. What made the tasting experience unique is that Oskar Blues aged the same beer in two different spirit barrels. “I loved that Oskar Blues took the same beer- Gubna Imperial IPA and aged it in Tequila and Whiskey Barrels. Although I liked the Whiskey Barrel better, I appreciated tasting the difference of what the barrels brought to the same beer.  I also liked seeing different types of barrels being used such as Gin and Tequila barrels,” says Stelzer. 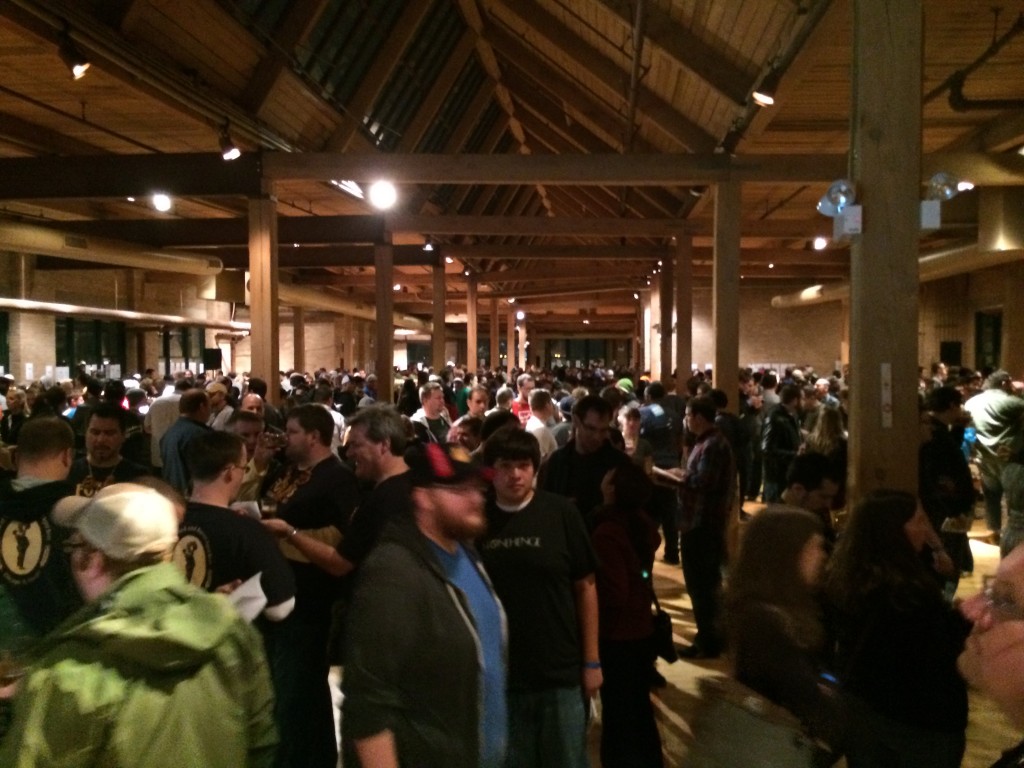 With more Oregon breweries entering beers this year, word of mouth will get a few more to enter next year. One that is already excited for next year is Breakside Brewery. Edmonds states, “Count us in–it was great to meet and hang out with so many Chicagoland brewers and try their beers. I love that city, and it’s a great excuse to travel there every fall!” I totally agree.

Even brewers that went home without a medal did win something while in Chicago. Gigantic Brewing’s Van Havig was up all night on Friday playing Dungeons & Dragons. As seen below, Havig won a sweet Level Eater 3.5 hoodie. Not sure what that means but he was quite ecstatic. If you run into Havig make sure to inquire about this. 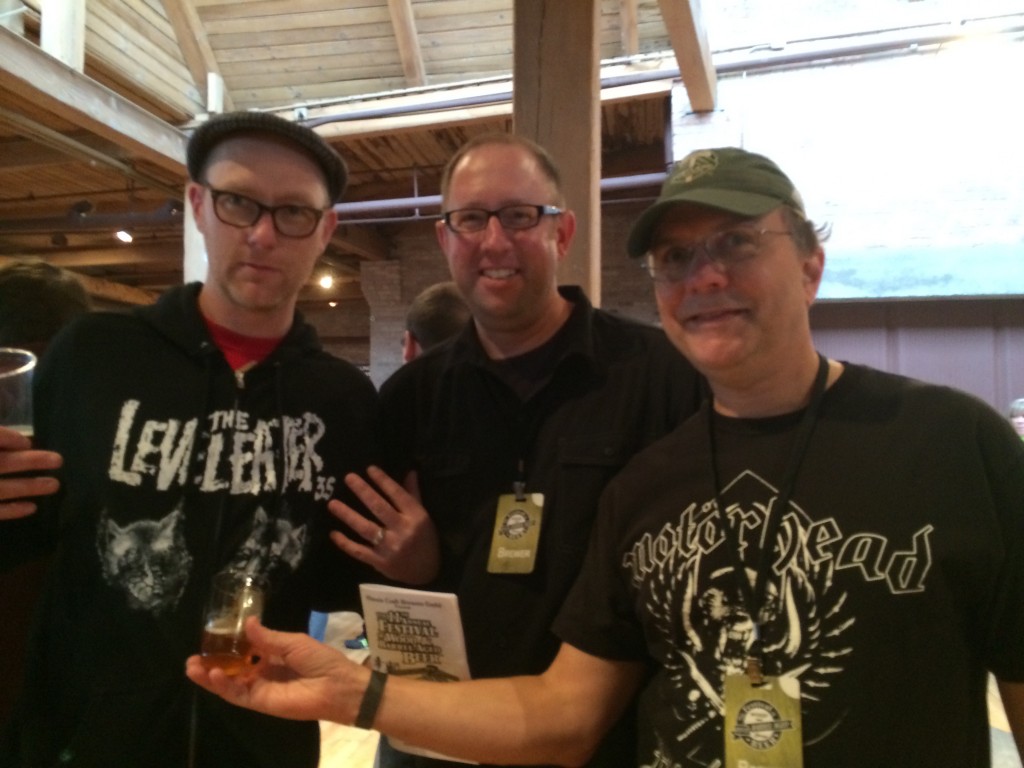 For those considering attending this event next year, FoBAB is always held in November and tickets sell out very quickly. Following Illinois Brewers Guild on Twitter or Facebook is very helpful to find out this information.  Rumor is that the 12th edition of FoBAB may add more sessions and once again move to a location that is more inviting for those lucky enough to attend. 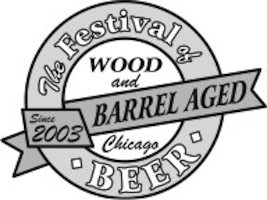 Below is a list of 2013 Festival of Wood and Barrel Aged Winning Beers: