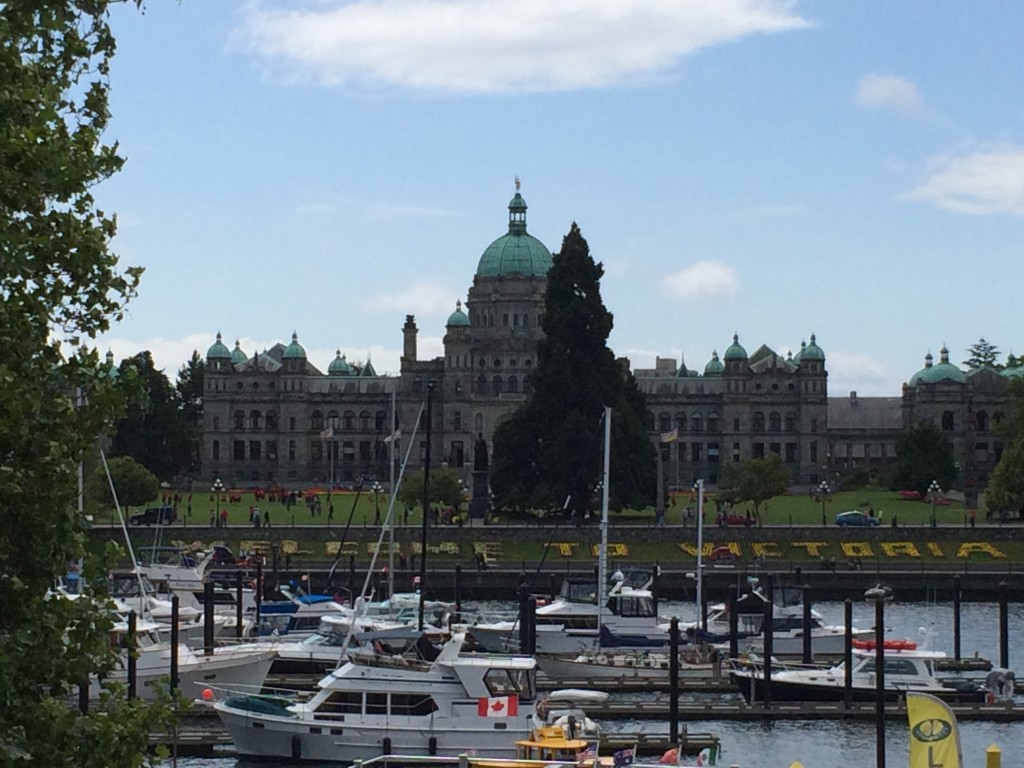 As craft beer gains more and more traction additional cities with strong beer scenes are offering up official Beer Weeks. Our neighbors up north in Victoria, BC will be host to the 2nd Annual Victoria Beer Week from March 7-15, 2015. 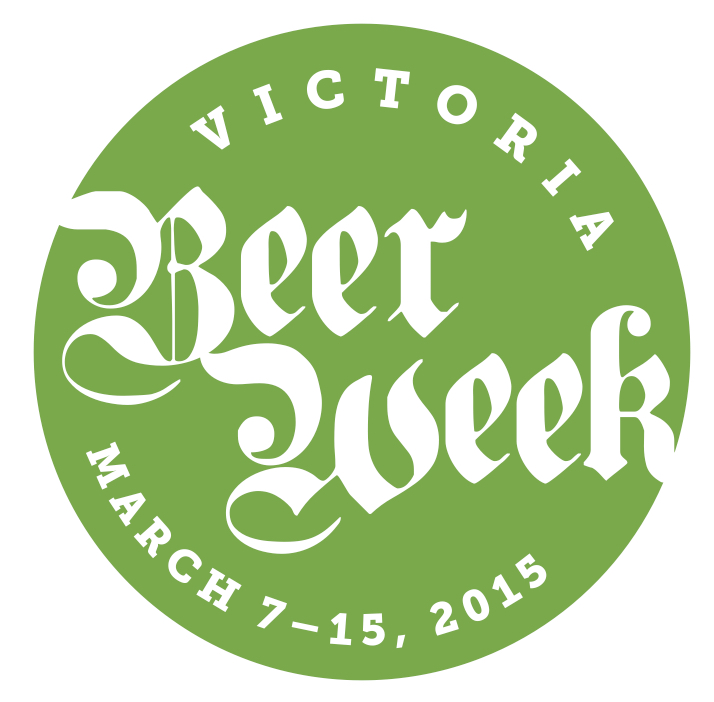 Victoria has been home to the Great Canadian Beer Festival sine 1993 and has developed a strong knit beer scene over the years. Most recently the capital of British Columbia has seen many additional breweries pop up to make it a true craft beer destination.

Victoria Beer Week takes place over the course of nine days that brings the attention to the growing craft breweries of BC and more specifically Victoria. The goal for VBW is, “to electrify Victoria during the dreary days of mid- March, igniting beer lovers’ sense of excitement and exploration, and offering newcomers to craft beer the opportunity to learn more about BC’s diverse and thriving craft beer industry.”

Having launched this past year in 2014, the inaugural VBW captivated over 3,000 people that attended 14 events held in venues throughout Greater Victoria. This year VBW teams up with Tourism Victoria and returns with 22 events celebrating craft beer.

Organizers of VBW are bringing back some of the most popular events from 2014 and expanding by adding some more exciting options. The festival will once again kick off with the Opening Cask Night at the Victoria Public Market on Saturday, March 7. Last year’s Cask Night was one of the most exciting beer events ever held in the city, and this year the event will feature every Vancouver Island craft brewery, including several new ones that have opened in the past year, along with three cideries and even a mead producer. They will also offer gluten-free food and drink options at this event (cider and mead only, not beer).

New in 2015 is a major mid-week event called Thunderdome, which will feature 10 brand new, never-before-brewed beers launched by 10 of BC’s best craft breweries. That will take place on Wednesday, March 11 at 7:00pm—outdoors under a Thunderdome at Wheelie’s Motorcycle Café in Rock Bay.

VBW has also expanded to include a second cask event at the Victoria Public Market, the Closing Cask Night on Saturday, March 14, which will showcase more than 20 Mainland breweries, including several of the hottest new breweries that have opened in Greater Vancouver in the past two years.

The festival will close out once again with the Brewmaster’s Brunch at the Atrium on Sunday, March 15. This is a delectable affair that includes six beer-paired brunch courses prepared by premier chefs from the Island Chefs Collaborative.

Here’s a look back at the 2014 Victoria Beer Week from Tourism Victoria.

Beyond these marquee offerings, numerous other events are scheduled at various Victoria venues throughout the week. The initial full schedule is listed below. Please note that at all events are 19+ with 2 pieces of ID required. All ticketed events are for sale through EventBrite at VictoriaBeerWeek.com. Physical tickets are currently available at Garricks Head.

Opening Cask Night – $50 plus tax & service fee 7:00pm to 10:30pm
Victoria Public Market, 1701 Douglas St.
At our opening event, we’ll be celebrating with fantastic food vendors and a selection of unique cask- conditioned beers from up to 20 Vancouver Island breweries, as well as cider & mead. We are proud to offer gluten-free food options from Victoria Public Market vendors, as well as gluten-free beverage choices (cider and mead only, not beer).

Pedalin’ For Pints on International Women’s Day – $59 plus tax & service fee 12:45pm to 5:30pm
Multiple brewing locations around Victoria – WOMEN ONLY
We’re celebrating International Women’s Day with The Pedaler, home of Victoria’s best cycling tours. Join Rose Lee from The Pedaler as she leads a cycling tour around town to visit some prominent females involved in Victoria’s brewing scene. The tour ends with a pint and some food at Canoe Brewpub.

Beer School Vol 1: The History of Beer – $25 + tax & service fee Noon to 1:30pm
Swans Brewpub, 506 Pandora Ave
Ken Beattie from Eureka Beer Guide and Prud’homme Beer Certification will take you on a trip from the dawn of civilization all the way to the start of the Horseshoe Bay Brewery in BC in 1982. To properly illustrate his points, beers that have historical significance will be served.
Swans will be providing a special offer lunch menu for attendees who wish to stay at Swans and eat between the two Beer School courses.

Rookies & Legends Tap Takeover
A Fundraiser for the BC Craft Brewers Guild – $25 + tax & service fee 7:00pm to 10:00pm
Spinnakers Gastro Brewpub, 308 Catherine Street
It’s no secret that BC’s craft brewing community is growing. Our province’s rich lineage of influential veteran breweries is balanced with a bubbling crop of exciting new brewers. Rookies & Legends gathers a wide array of breweries at Spinnakers, BC’s original brewpub, for an evening of beer, food, and good ol’ Island socializing. Doubling as a fundraiser for the BC Craft Brewers Guild, this event will see brewers from all over the province in one room, serving their beers alongside some delicious food offerings from Spinnakers. Visit bccraftbeer.com for details about the Guild.

Beer, Pizza, More Beer – $25 + tax & service fee 7:00pm to 9:00pm
Pizzeria Prima Strada, 2960 Bridge St.
Beer and Pizza! Is there a better marriage in the world of food and beverage? We think not, and our friends over at Pizzeria Prima Strada agree with us. Another returning event from our first year, this ultimate beer and pizza party sees four of BC’s best breweries collaborate with Prima Strada for custom pairings with specialty pizzas.

Slow Beer Club – $25 + GST & service fee 7:00pm to 9:00pm
The Churchill Pub, 1140 Government St.
The Sours are coming! You may have noticed a persistent chatter about “sour beers” among beer enthusiasts all over the province. After hoppy IPAs dominated the game for a while, BC brewers are starting to explore this new category with energy, excitement and creativity. Victoria Beer Week is excited to host an evening at The Churchill dedicated to sour, slow and barrel-aged beers – come check out the new style of beer that has beer fans everywhere curious.

Beer, Cheese, More Beer – $30 + tax & service fee 7:00pm to 9:00pm
Garrick’s Head Pub, 1140 Government St.
Wine & Cheese?? Think again! Long the staple of foodies in the know, beer and cheese is a match made in gastro-heaven. Whether it’s the unpredictable robust match ups of flavour or the fact that beer is such a fantastic palate cleanser, ales and good quality cheese typically make for a big dose of DELICIOUS. One of VBW2014’s biggest successes (hint, it sold out QUICK), this fun event returns to Garrick’s Head for 2015!

Drink in the Story – $32 plus tax & service fee 7:00pm to 9:00pm
The Drake Eatery, 517 Pandora Avenue
We invite you to the Drake Eatery, Victoria’s newest craft beer hot spot, for an evening of storytelling paired with beer and food, and hosted by Joe Wiebe, the Thirsty Writer. Over the course of the night, you’ll hear three renowned BC brewers tell the story behind their breweries and one of their beers, offering insight into some of their inspiration, frustration, education and craft. Each story will be followed by a question period and some casual socializing.

Thunderdome – $35 plus tax & service fee 7:00pm to 10:00pm
Wheelie’s Motorcycle Cafe, 2620 Rock Bay Ave
We’re extremely excited to bring you something new for #VBW2015… we call it the THUNDERDOME. The premise is simple: Thunderdome will feature 10 brand new, yet-to-be tasted beers from some of BC’s finest craft breweries. Gathered at one of Victoria’s greatest new haunts – Wheelies Cafe in Rock Bay – this event will offer attendees a chance to check out what some of BC’s finest have in store before anyone else! And all of it under one singular dome of thunder!

Fantast Beer Label Art Show – FREE (guest list registration required) 7:00pm to 10:00pm
Wolfsheep Arthouse, 1215 Government Street
Last year we made up a bunch of fantasy beers and had local artists do up some great creative for them… it was such a hit that we decided to bring it back. This year it will be held at Wolfsheep’s fantastic arthouse right in the heart of downtown Victoria. Expect to see at least 8 originally designed beer labels for fantasy beers that we’ll reveal the names of leading up to the event. This is a night to enjoy some art and socialize! We’ll be pouring beer from four different breweries (TBA).

The Definitive Victoria Brewery Crawl NIGHT 1 – $65 plus tax & service fee 5:00pm to 9:00pm
Various locations around Victoria
Last year’s brewery crawls were a brilliant success, so we decided to bring them back, and sure, one more night can’t hurt right? Victoria Beer Week and Brink Events team up for three nights of upscale brewery crawls fit only for the most sophisticated beer drinkers. Enjoy a behind-the-scenes look at the craft brewery scene in Victoria. Learn about the history of each brewery, while savoring 3 taster samples at each stop. Like last year, we’ll visit all your favourite Victoria breweries and brewpubs plus offer a mystery stop at a unique location, where we’ll showcase three breweries you’re not likely to be expecting! Oh, did we mention you will be escorted via limo bus? This isn’t your typical university pub crawl. Please dress gentlemanly and lady-like for this swanky beer excursion.

Craft Beer Revolution Town Hall – $15 plus tax & service fee 7:00pm to 10:00pm
Victoria Event Centre, 1215 Government Street
Our Craft Beer Revolution Town Hall event last year brought together some of BC’s most lively and influential craft beer characters. This year, we’ll be bringing a new cast to the stage to discuss the exciting new development of neighbourhood breweries in Vancouver. We’ll also ask the question: what will craft beer in Victoria look like in 2020?
Hosted by the CBC’s Khalil Akhtar, expect some laughs, some discussion and some healthy investigation into what lies ahead for craft beer in BC.

Cooking With Beer– $45 plus tax & service fee Noon & 3:00pm
The London Chef, 953 Fort Street
We all know that beer paired with food is a no-brainer, but how about using beer as an ingredient?! Join us alongside the London Chef for an exploration of delicious meals that pair and integrate craft beer with next level dishes. Each attendee can expect to eat a meal by the end of the course, with sample servings of each of the beers used in each dish.

VBW Finale: The brewmaster’s Brunch – $65 plus tax & service fees 11:00pm to 3:00pm
The Atrium, 800 Yates St.
There’s no better way to end a week of beer-fueled fun than with a custom beer-paired brunch! We’re bringing back last year’s smash finale, a fun collaboration with the Island Chef’s Collaborative we like to call The Brewmaster’s Brunch. The premise is simple, but delicious: six courses of brunch, each paired specifically with a 4oz portion of BC craft beer.

Additional events will be organized with restaurants and pubs around town, with tap takeovers, beer-paired lunches and other free events announced closer to March. 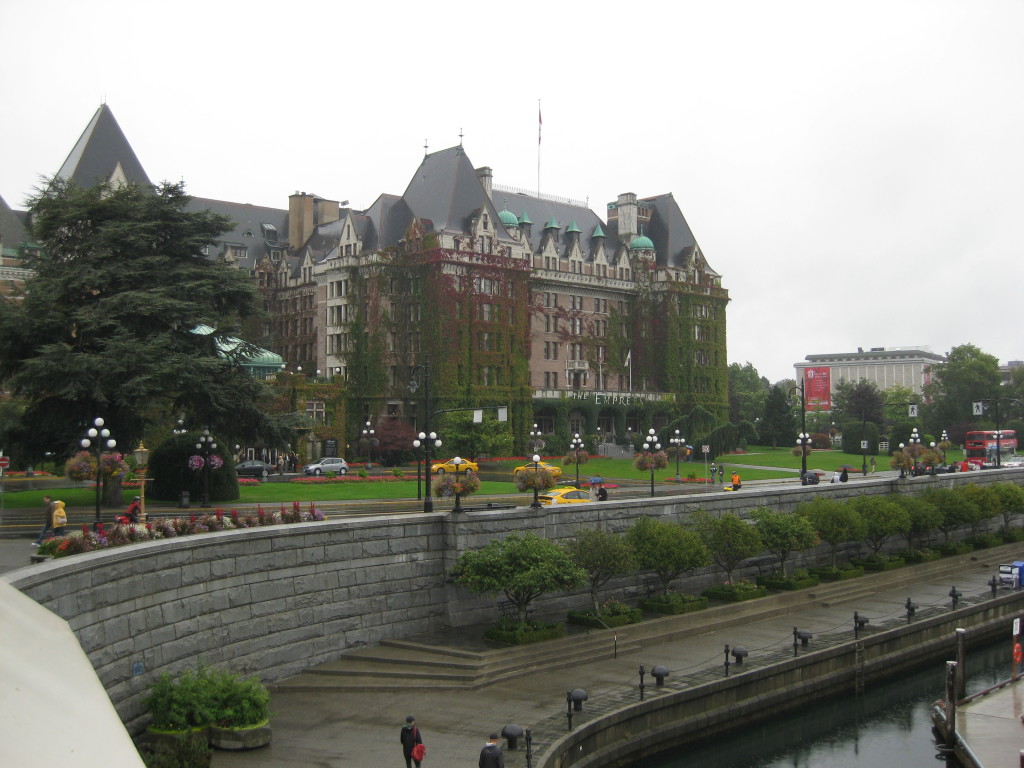