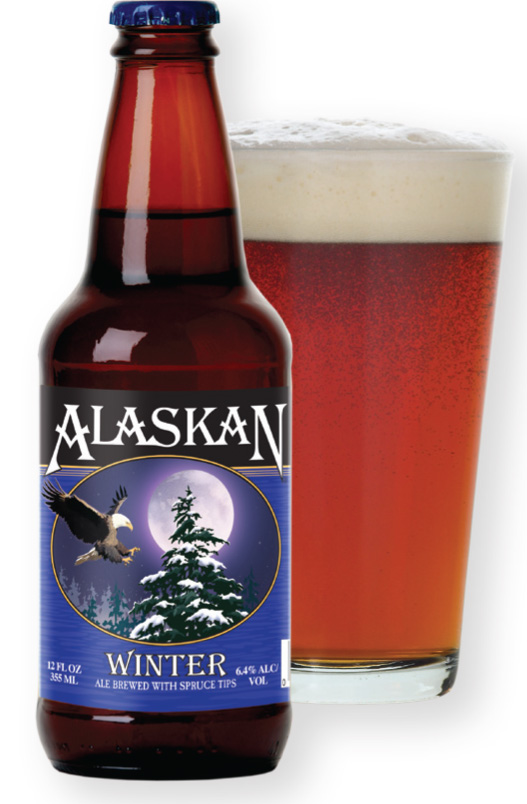 JUNEAU, Alaska – Winter is coming to Alaska, but Alaskan Brewing is undeterred, welcoming the cool and wet winter weather with the always-anticipated release of its seasonal Winter Ale.

“This beer is one of our favorites in the brew house–especially as it gets colder here,” says Alaskan brewer Greg Morgan. “Sitka spruce trees carry a special significance to brewers, not just because we see them through every window of the brewery. In beer, the spruce tips add this really great, floral aroma that fills the brewery, and a subtly-sweet flavor that you’d never expect.”

Alaskan’s Winter Ale is brewed in the style of an English Old Ale–a traditionally malty, warming beer brewed in the fall and consumed through the winter. Alaskan’s take on this style is inspired by the seafaring adventurer Captain Cook, who discovered the pleasant flavor and scurvy-preventing value of spruce tips during one of his 18th century voyages in search of a Northwest Passage. (VIDEO: http://ow.ly/dVVhb) 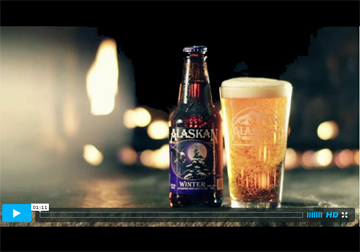 This ale balances the sweet, heady aroma of Sitka spruce tips with a clean, crisp noble hop finish and its malty richness complements the alcohol warmth.

Alaskan Winter Ale has been a proud member of Alaskan’s growing seasonal releases since its launch in 2000. Fans of this great winter warmer will see this bold and complex brew in early October. Look for six packs and draft sales in select locations throughout Alaska and the other 13 states where Alaskan beers are sold.

Another seasonal favorite, the Alaskan Spring Black IPA, releases on January 1, 2013, just in time for the slowly lengthening days of early spring. Learn more about where to find Alaskan Brewing products by using the online Brewfinder at alaskanbeer.com.