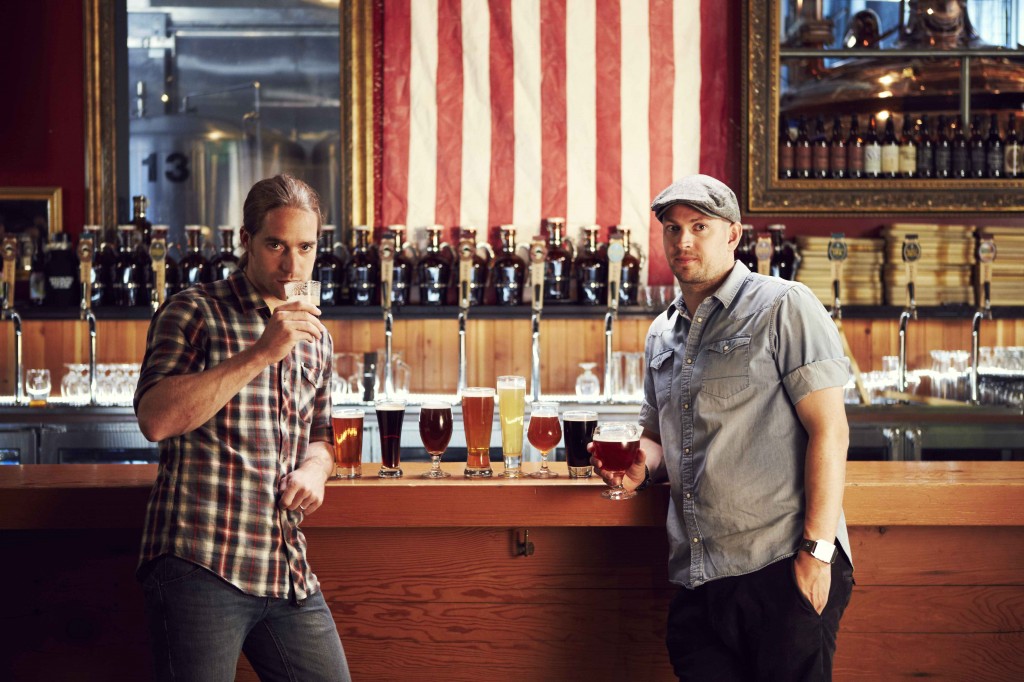 This new season will take the Brew Dogs to 10 different US craft beer towns to celebrate their distinctive craft beers and heritage. While there, the duo will work with a local brewery to create a unique, locally inspired beer. Along their journey, they break every rule in modern brewing, seek out local ingredients for their brew, and challenge American brewers to help them create the most outrageous beers on earth.

Tonight’s episode will take the boys to Raleigh–Durham, North Carolina. James and Martin join forces with Sean Lilly Wilson of the Fullsteam Brewery in Raleigh, N.C. to create the most caloric beer ever. For the first ingredient they head to Waterfall Farm, one of the only maple syrup farms outside of Vermont. From there, it’s on to Rose’s Meats and Sweets for the ultimate touch of flavor: bacon. But the guys aren’t content to brew their new Maple Bacon Ice Cream Stout the old fashioned way, so they team up with a local bicycle bar, the Trolley Pub, to create a human-powered brew system, allowing them (or, more specifically, the cyclists they trick into helping them) burn calories while brewing calories. Finally, the BREW DOGS pay a visit to Yoni Mazuz at the local ice cream shop, The Parlour, to add a finishing touch for their tasting party. Because what better way to enjoy a high-calorie beer than in an ice-cream-topped beer float?

The other remaining nine episodes of BREW DOGS will include the following locations:

Alaska – Cut off from civilization in the Alaskan wilderness, James and Martin brew a survivalist beer with glacier water, spruce tips, winterberries, and a few old airplane parts.

Chicago – In honor of St. Patrick’s Day, James and Martin team up with Revolution Brewing in Chicago to create the “greenest” beer ever, and not just in terms of color. For the brewing process, they enlist the aid of engineer David Donley to build a wind-powered brew system atop one of the many high rises in Chicago’s famous skyline.

Colorado – After meeting with an archeologist and scaling giant pine trees, James and Martin brew a modern take on an ancient beer style using primitive brewing equipment that they’ve actually built themselves.

Delaware – James and Martin visit Dover Speedway, where they team up with Dogfish Head Brewery’s Sam Calagione and attempt to brew an all-new beer in the back of a truck racing around the Monster Mile—the world’s fastest one-mile oval.

Las Vegas – In Las Vegas, where millions are won and lost every day, James and Martin brew the most expensive beer ever—even if that means melting down gold, shaving truffles, and finding water from halfway around the world.

Maui – Sugarcane and toasted coconut flavor James and Martin’s newest brew, a Hot Lava Rock beer based on the lifestyle and history of Maui—and brewed amid hula skirts and fire dancers at a local luau. 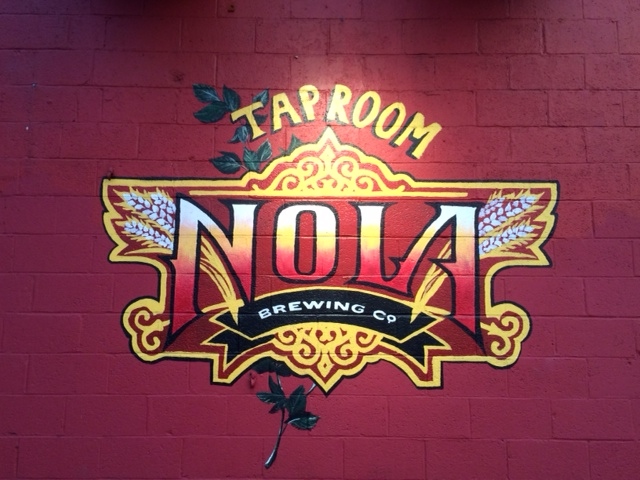 New Orleans – The BREW DOGS turn to swamp fruit and a voodoo priestess to create a revival beer in New Orleans. To capture the true bayou experience, they build a mobile brewery on the back of a fan boat.

NorCal – In an RV in Northern California, James and Martin make impromptu craft pairings with campfire food and create the ultimate collaboration beer with Sierra Nevada and Bear Republic, and brew it with the help of a local professor, the “Pope of Foam.” 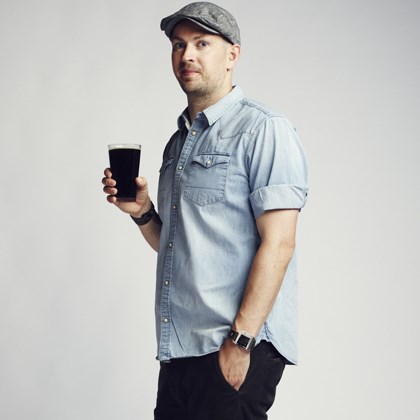 We recently had the opportunity to interview James Watt about their show’s upcoming season and some follow up questions to their Portland episode from their first season. Below is our Q & A with this half of the Brew Dogs.

Q: I noticed that the 2nd season of BREW DOGS will be 10 episodes, 3 more than from last year’s 7. Why was it decided upon to increase the amount of episodes for the forthcoming season?

A: We had so many amazing breweries we wanted to visit and so many ideas for delicious yet slightly (or very) eccentric beers that we just could not cram it all into anything less than 10 episodes this time. Martin and I basically went on a 3 month long killer road trip around the US brewing with some of the best craft brewers in America.

Q: How did you, Martin and the producers choose the 10 locations for the 2nd Season?

A: It was tough! There are still so many places we want to go! Anyway, for Season 2 we wanted to visit brewers and cities that had inspired us to start BrewDog in Scotland. Sierra Nevada Pale Ale changes my life and before we set up BrewDog we religiously studied Sam from DogFish Head’s book.

Q: Which was your favorite destination to film in for the 2nd Season?

A: Brewing on a beach on Maui is going to be pretty hard to beat. The whole time I just kept asking Martin how the hell we managed to end up here. It only seems yesterday we were starting up a tiny brewery in remote northeast Scotland. 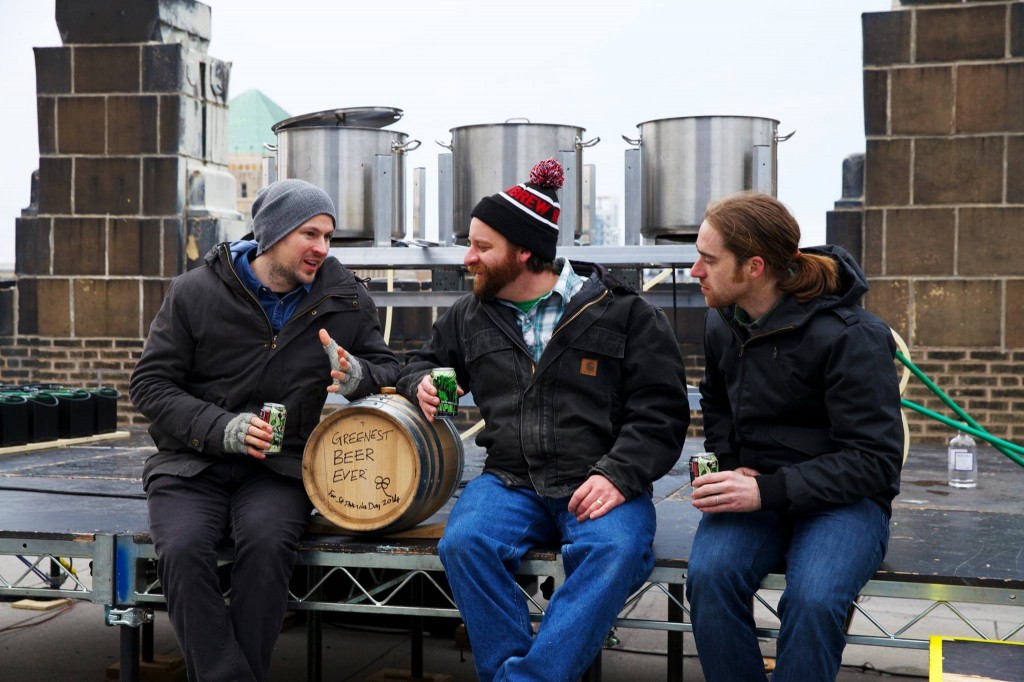 Q: Being originally from Chicago myself, I am excited to see the episode from the Windy City. The beer you brewed for this episode was for St. Patrick’s Day. How did that brew with Revolution come about? Were you able to be in Chicago during St. Patrick’s Day to celebrate? That town is pretty crazy for that weekend when they turn the Chicago River to an intense green color.

A: We were in Chicago for St Patricks Day and it was completely insane. Martin had people do a beer tasting by licking beer of his nipples! We wanted to brew an authentic, artisan green beer. A counter point to the mass market generic awful standard St Paddy’s day green beers. Revolution were amazing to work with. Their beers are phenomenal and the people are just so cool. Chicago is such a great city too with so, so many killer craft beer bars. 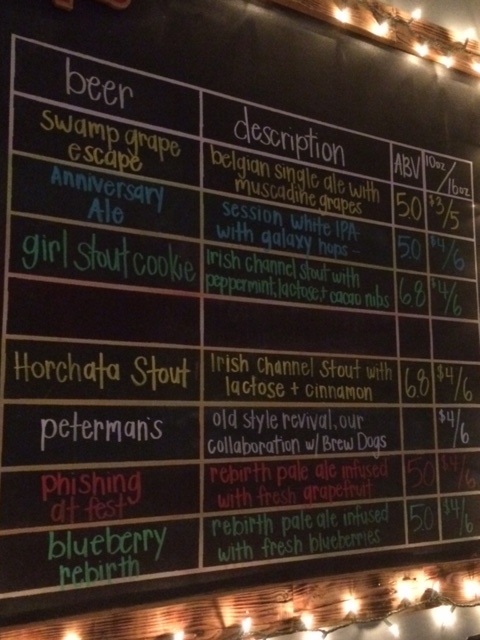 Q: A contributor to Brewpublic was in New Orleans shortly after you brewed your beer with NOLA and she was fortunate enough to try the beer and really enjoyed it. How did you go about coming up with the recipe for Peterman’s, this so called “Zombie Beer”?

A: NOLA is going through a renaissance; it kinda feels like the city is coming back to life after all it has been through. We also feel the beer scene is just about to come back with a bang in that city. So it seemed like the perfect choice for our Zombie beer. Where we took an extinct beer style, The Peterman and took it back to life.

Q: Will you return for a 3rd Season? If so how about another visit to Oregon and or Washington? There are more great breweries here that would love to brew a beer with you two?

A: Both of those 2 would be very high on the hit list! Portland Oregon was one of my favourite cities from Season 1 and I would love to visit Bend.

Q: Since your Portland, Oregon episode aired last year, the speakeasy that you featured, Dean’s Scene, has been shut down by the local Liquor authorities. Have you reached out to Dean since the episode aired last summer or since his sudden closure?

A: I have not. Although I am really sad that it has been closed. That place captured so much about what is great about craft beer. The DIY ethos, the sense of community and the passion that underpins everything.

Q: Finally, you and Martin seem to be building an empire of BrewDog bars. We have heard that you are serving some beer from Gigantic Brewing based here in Portland, Oregon at a few of them. What connection and/or relationship do you have with Gigantic’s Van Havig and Ben Love? Any future collaborative beer with them?

A: We are truly privileged to be able to showcase Gigantic’s beers to craft beer lovers on this side of the pond. Their beers have gone down (like) a storm over here and we would love to collaborate more with them in future. 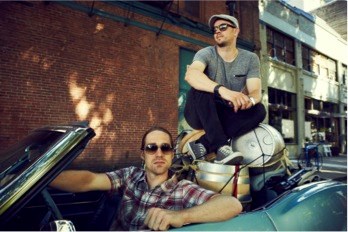