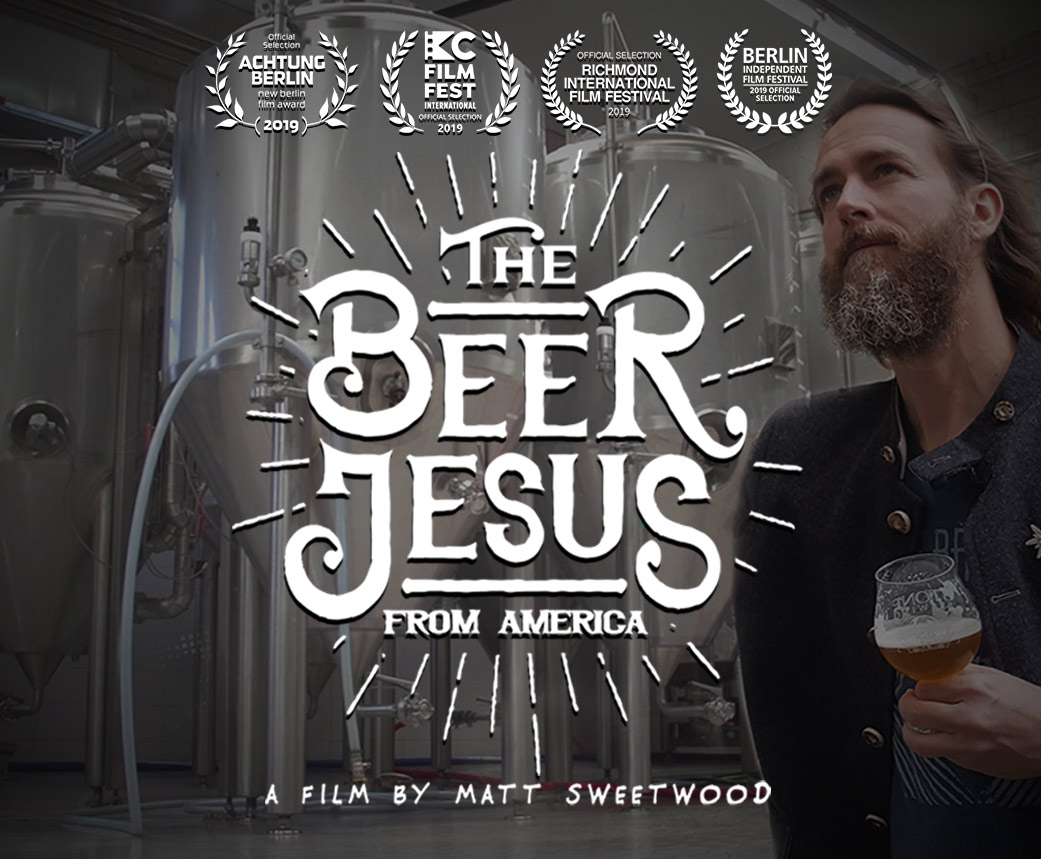 Last year the film The Beer Jesus from America was released in the United States on Amazon Prime and Vimeo On Demand and . This film documented the trials and tribulations of Stone Brewing opening its massive brewery and restaurant in Berlin, Germany.

This screening will be hosted by Stone Brewing’s co-founder Greg Koch, also the film’s star, alongside filmmaker Matt Sweetwood. The two will livestream commentary during the film, sharing their experiences, talk beer and enjoy a few tasty selections with the beloved craft beer community. Then a fun, interactive Q&A with Greg and Matt will follow the screening moderated by respected Emmy nominated film critic Scott Mantz.

The Beer Jesus from America is a 1h 38min film that has garnered some decent reviews, including one from us here at BREWPUBLIC. The film has received a 4.6 out of 5-star rating on Amazon Prime where the film is currently streaming. It has also just locked in a worldwide film distribution deal that was announced earlier this month.

Read More: The Beer Jesus from America – A Film on Stone Brewing’s Entry Into Berlin

The Beer Jesus From America Synopsis:
Willing to risk millions on a dream to become the first American craft brewer to build, own and operate their own brewery in Europe, and also create an international craft brewing destination, Stone Brewing co-founder Greg Koch may have made the biggest mistake of his career!  Against seemingly insurmountable odds, the man who’s been nicknamed “the Beer Jesus from America” pushes on with passion and tenacity to join and help move forward Europe’s newly budding craft brewing scene as a revolutionary alternative to cheap industrial beer. Over four years filmmaker Matt Sweetwood (Beerland) captures this historic birth of an American brewery in Berlin, in a story of culture clashes, broken promises and a bottomless beer glass of unexpected challenges

The Beer Jesus from America can be purchased from the Stone Brewing Online Store for $15.00 by clicking here.