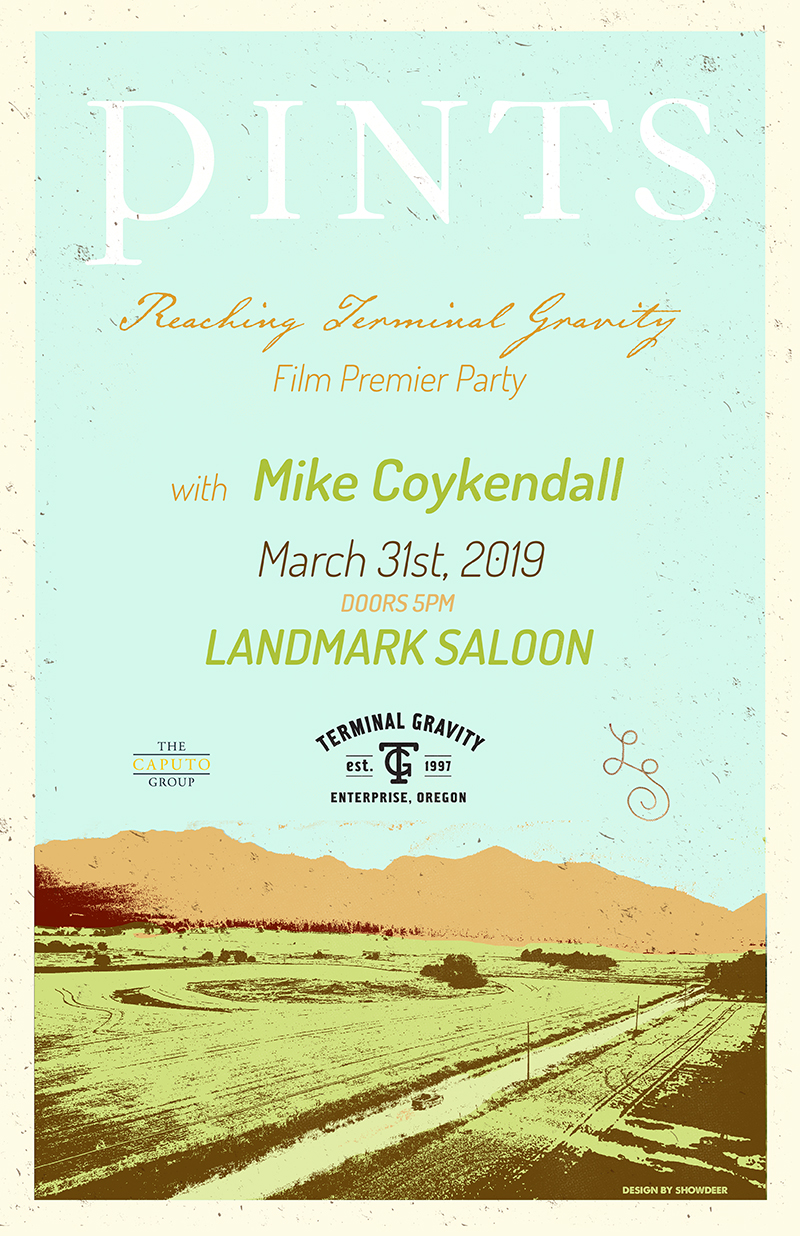 A new film series the dives into the regional craft beer scene premieres on Sunday, March 31st in Portland. PINTS: stories behind the beer is a new beers series that tells engaging stories about the people who brew beer and why they do it.

Clinton Herrick and Ryan Claypool are the two behind the forthcoming series, PINTS: stories behind the beer. The PINTS film crew examines the people that brew the beer and the journeys that they face all in a compelling narrative format.

UPDATE: Here’s the pilot episode of PINTS: Reaching Terminal Gravity in its entirety.

Grab a pint from Terminal Gravity Brewing folks who will be on hand pouring old favorites and some hazy new brews too, and enjoy live music from Mike Coykendall between screenings.