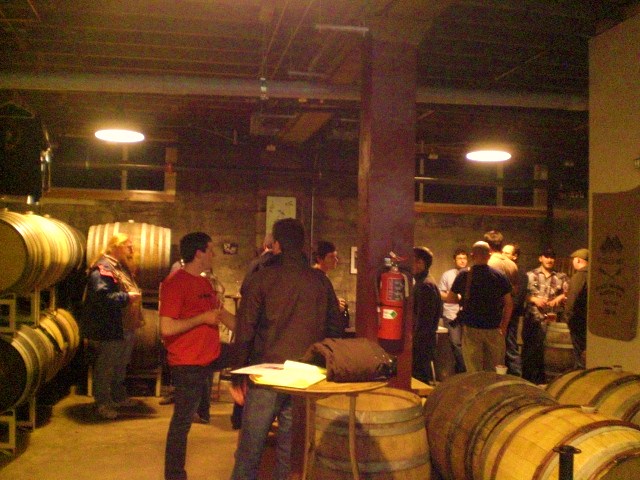 Upright Brewing has made quite an impact in the Portland beer community in their first year of operation. Founder and head brewer Alex Ganum, 30, seems well beyond his years as a brewer. Ganum and brewer Gerritt Ill have put forth a ridiculous number of Northwest specialty beers centered around the French farmhouse genre that never cease to amaze those of us who enjoy imagination and the expansion of style guidelines.

On April 9, 2010, Upright will celebrate their inaugural year as a commercial brewery by opening the coffers to the general public. A number of beers including their mainstay number series, their one-off Six Barrel Series, and some barrel-aged specialties will flow from the taps on this special day. 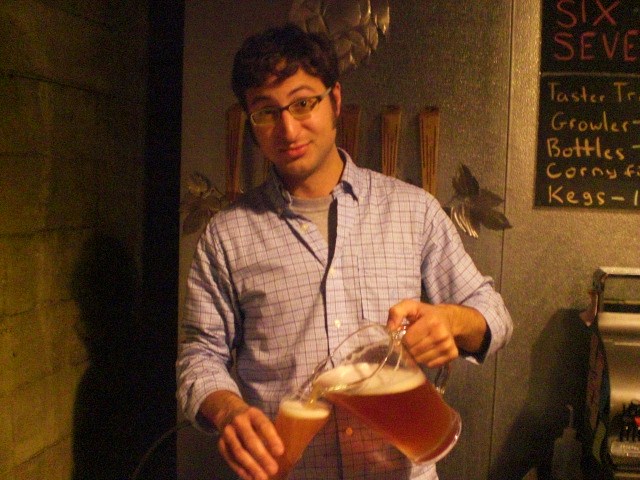 At front and center will be two special brews including a new tap-only Apricot Anniversary wheaten brew and a tart cherry Pinot Noir-barrel aged brew known as “Four Play.” The latter is a magnificent and ever-changing beer that has been aging for over a year will be available in limited 750 ml bottles during the celebration. Adorned with label art by Ezra “Samurai Artist” Johnson-Greenough, the featured artist for Upright’s signature design, Four Play features a sensual depiction of Kir Jensen of The Sugar Cube, a beloved Portland dessert cart. Jensen will provide delectably decadent cupcakes to pair with Upright’s tart and fruity brew.

Bottles of Four Play will likely disappear quickly. They will be selling for $12 a bottle. Upright Brewing’s 1st anniversary celebration will happen from 4:30-9PM on April 9, 2010. Upright Brewing is located in the basement of the Leftbank Building at 240 N Broadway, suite 2, in Portland Oregon. Prost!