Widmer Brothers continues to delve into more exciting beer styles as time moves on. If you’ve been by their Gasthaus in Portland recently, you have have had the opportunity to experience some of these wonderfully innovative styles that include the revamping of traditional recipes such as the Gose (read our 2009 post about this unique historic German beer). 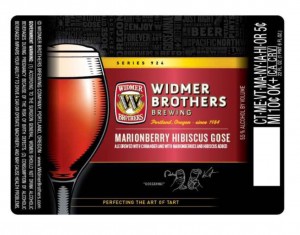 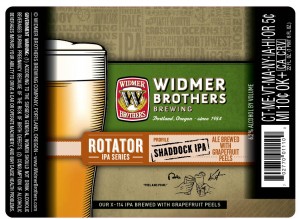 For a German-inspired brewery, Widmer sure is unabashedly inclined to tinker with fruit and spices in their offerings. In addition to this wonderfully refreshing twist on the Gose, which includes the addition of marionberries and hibiscus, they’ve recently released some other creative recipes including the Shaddock IPA, brewed with grapefruit peels (you may remember this from last summer’s Oregon Brewers Festival), Raspberry Imperial Stout, and a rum barrel-aged Kill Devil Brown Ale. Try the Marionberry Hibiscus Gose, Citra Blonde, Shaddock IPA, and Kill Devil Brown at The Bier Stein (345 E 11th Ave.) in Eugene, OR on Thursday May 31, 2012. The Widmer folks will be  raffling off some beer gear and flights of these delicious brews will start pouring at 7PM!