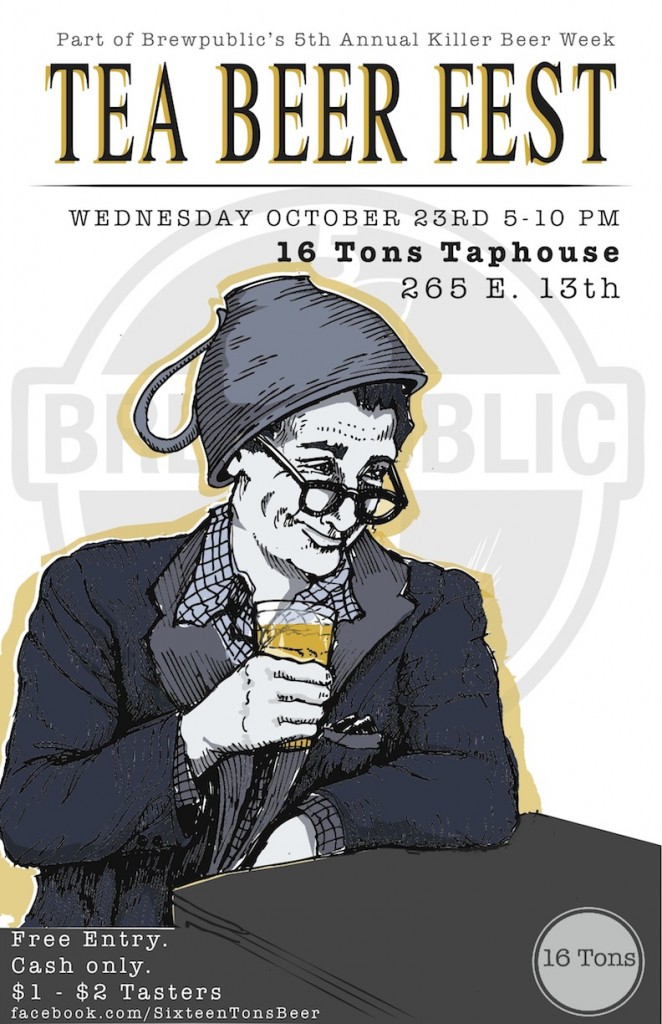 Brewpublic’s Killer Beer Week continues along with their first of two events taking place in Eugene, Oregon this week. Tea Beer Fest takes place tomorrow, Wednesday, October 23rd from 5:00 to 10:00pm at 16 Tons Taphouse on E. 13th Ave. 16 Tons Taphouse will be pouring at least 15 beers infused with tea and other botanicals on tap, many of which are made especially for this event. Some of the beers include:

16 Tons loves Tea. At their Cafe, they feature more than a dozen awesome teas and herbal blends from J-Tea International in Eugene. 16 Tons first anniversary beer “Frederic’s Lost Arm” brewed by Oakshire Brewing is infused with whole leaf Iron Goddess Oolong tea. Josh Chamberlain from J-Tea supplies tea to many popular tea and coffee houses in the Northwest. He travels to Taiwan usually twice a year to source teas directly from farmers and small cooperatives.

In additional to the already infused beers they’ll have on tap 16 Tons will also be offering custom blends at the Tea Beer Fest. They’ll have several fresh brewed tea concentrates available to add to the beers. Customers are encouraged to test different flavors in 3oz tasters. The tea additions will offer a wide range of flavors: sweet fruit, honey, earth, wood, smoke, chai spice and more.