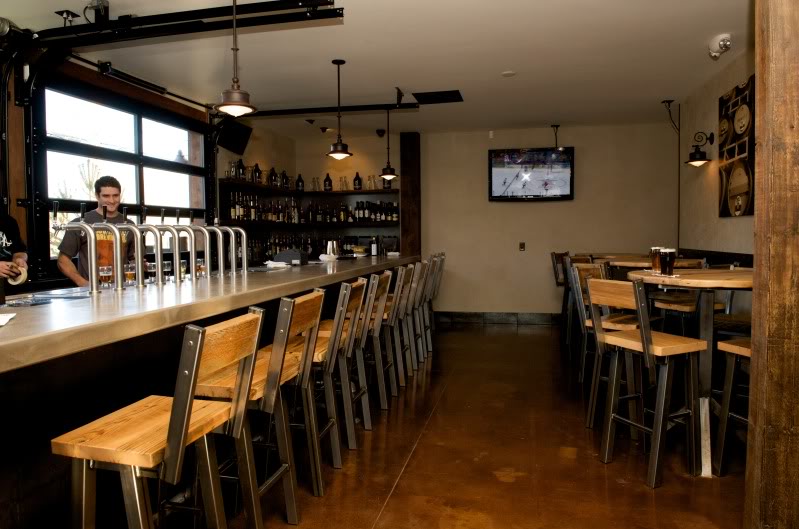 This past week I was traveling for work and spent my time in Oregon’s High Desert Outback. Making my way from Portland, I spent time in Heppner, John Day and Burns Oregon. Having driven over 700 miles in last four days, I had the joy of taking in some of the state’s most picturesque sights. I took in the beauty of the high desert and enjoyed the sights of ghost towns (Hardman, OR was my favorite in a true Western, eerie kind of way), snow-capped  mountain passes and flooded high desert ranch lands. I spend three days in Eastern Oregon and did  not come across a single brewery until my fourth day on the road. Traveling back to Portland I knew a stop in Bend for craft beer would be in order. 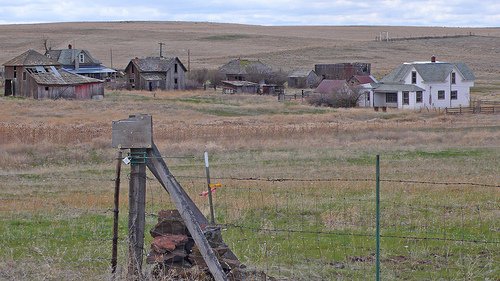 Not wanting to stop at my usual spot, I decided to go check out the just-over-a-year-old brewpub, 10 Barrel Brewing Company. This brewery has been around since 2006 but the pub opened at the end of February 2010. Located just outside Old Bend, this pub has a modern-meets-Old West ambiance. Heavy wood and metal tables line the inside of the establishment. Big windowed garage doors add a lot of natural light and give the place a warm aesthetic. The menu is that of standard pub grub – sandwiches, burgers and pizza. Each menu item has a suggested beer 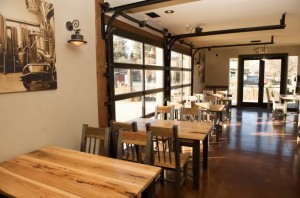 pairing which seems to be an emerging trend for craft brewpubs these days. After conversing with some of the staff, it was made apparent that these people were well educated regarding the house brews on tap. I was offered suggested based on what beer styles to which one might gravitate. Having felt the effects of high altitude (Burns sits at 4148 ft), I opted for a low alcohol beer. The Mike Saw Sasquatch Session Ale was a easy choice. This Golden Ale presented a pleasant lager-like taste with a subtle bitterness. I also enjoyed a sample of the India Summer Ale, a 5.5% ABV (alcohol by volume) session IPA with with bright flowery notes garnered from aromatic back-end hop additions. My last sample was from the brewhouse’s Big Handle Series, dubbed the Pho Cider. Actually being a beer but smelling like a cider and bringing to mind characteristics of a Belgian Golden, this 7.5% ABV brew was the most alcoholic beer on 10 Barrel’s menu. For those unfamiliar, the Big Handle Series is a rotating tap devoted to one-off beers created exclusively for the pub. Past pours featured in this series have included Vanilla Sinistor, and I believe also a Banana Sinistor. Coming soon to the pub will be a Pineapple IPA, which will hopefully be at the Portland Fruit Beer Fest in June, and Hop Junkie Imperial IPA. One of my favorite things about visiting this pub was the amount of lower alcohol beers on tap. There were eleven beers on tap, eight of which were under 6% ABV. A fan of  lower alcohol beers, I found this aspect of 10 Barrel quite appealing.

When I return to Bend this June I will be sure return to 10 Barrel’s pub. I anticipate it will be a regular stop of mine when in Central Oregon. My brief visit at the brewery, experiencing a pint and two samples, was enough to know that 10 Barrel is distinguishing itself as one of the Northwest’s best artisan beer destinations.

Margaret Lut has traveled extensively throughout Oregon and is no stranger to what constitutes quality artisan beer. She has been to nearly every brewery in the state and makes a point of venturing to new ones on a regular basis.