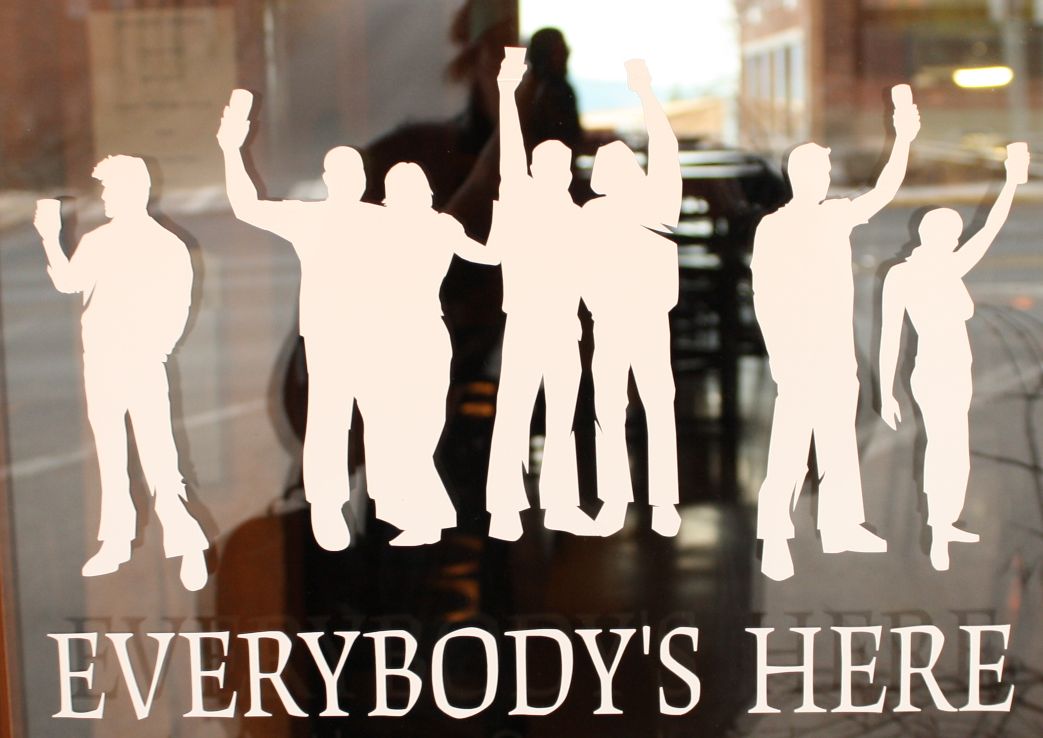 Beer dweebs like us are always seeking out the latest greatest beer and awaiting a new brewpub to open its doors.  Luckily, for folks in the Hood River area, another such beer lovers’ dream is becoming a reality.  Across the Columbia from Hood River, on the Washington hillside of another picturesque town known as White Salmon, resides a dapper new brewpub.  In a handsomely refurbished liquor store that was originally Odd Fellow’s Hall built in 1937, the sightly establishment dubbed Everybody’s Brewing is the dream of Doug Ellenberger and Christine McAleer.  Along with other partners, the two have put together an attractive display of guest taps and anticipate having Doug’s beer ready within the next few months.  A 17-barrel brew system purchased from Hamanako Brewery of Japan lives beneath large sturdy wooden planks bolstering the spacious hardwood public area above.  On a clear day, a breathtaking view of Mount Hood is framed by the large windows to the North.

Doug Ellenberger has put in his time in the brewing industry dating back to his days in Indiana where he was a brewer for Lafayette Brewing Company.  He also spent recent years as a  distributor for Point Blank in the Portland metro area. 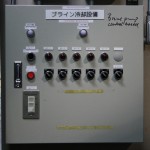 Everybody’s Brewing currently features a dozen craft beers on tap and a few macros for the swill lovers.  “We’ve got something for everybody, hence the name” says Ellenberger “The locals who like the light beers, like Hamms and Rainier, and then we’ve got all the microbrews for the beer geeks.” When we visited, the pub featured delectable offering such as Amnesia Ginger Porter, Double Mountain Alpenbrew, and Walking Man Bare Foot Brown. “We plan on having three (mainstay) beers of our own” says Ellenberger. “The distributors told me that an IPA is a good idea.  I was thinking, that’s all (the beer community) needs is another IPA.  But they all sell!” The two other styles he is planning on producing is a California Common (steam beer) and a nice floral Pale Ale.  “Other than Mirror Pond, there’s not too many pales that grab people’s attention from around here.” 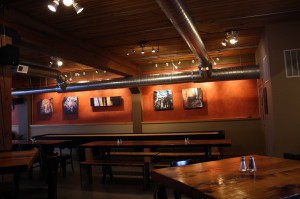 As for food, the downtown establishment features seasonal entree like BBQ ribs, Pot Pies, and pasta.  There are also a decent selection of salads, sandwiches, and burritos.  They also offer a kids’ menu and desserts like a chocolate peanut butter brownie terrine and a mixed berry cobler for the sweet tooths.  The brewpub is a ten minute drive from three fantastic Hood River brewpubs, about a half hour from Walking Man in Stevenson, and is close to lots of recreational areas that include hiking, wind sailing, and hot spring soaking. 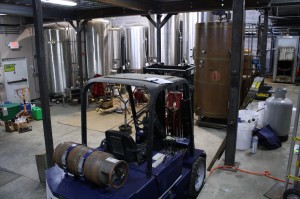 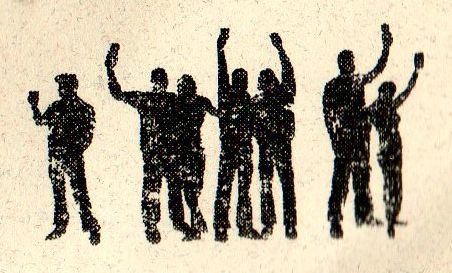