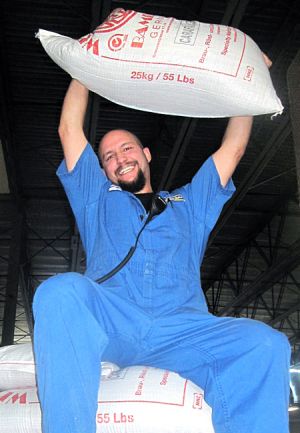 As the hot summer winds down and the days get shorter, dreams of cold mountain air, skiing and snowboarding start to swirl in our heads. That can mean only one thing: it’s time to start praying for powder. To celebrate the upcoming wintry season, Full Sail will release a new beer in their Brewer’s Share line up that is sure to entice the snow gods to bless the season with plenty of powdery snow. Brewed by Full Sail Brewer Adam Bulson, “Adam’s Malty Bomb” is pray for powder porter that’s sure to make our mountain snowy white all season long.

Porters are Adam’s favorite beer after a day on the snow, and he thought releasing his own version preseason would be a good omen for a great winter. Adam’s Malty Bomb is a robust porter with a big body and lots of dark, caramel/toffee flavor, yet it won’t weigh you down like heavy snow. It’s hopped with just enough hops to balance out the malts, and finishes smooth with no sharp edges. Bomb’s away! (ABV 5.3% IBU 41)

Full Sail has scheduled two “Meet the Brewer and the Beer” events to showcase this new beer. The first Meet Brewer and the Beer event will be at Full Sail at Riverplace in Portland, Tuesday, September, 7th, from 5:00 – 6:30PM. The second is at the Full Sail Tasting Room and Pub in Hood River, on Thursday, September 9th from 5:00 to 6:30PM. Join the Full Sail crew to celebrate the upcoming season, toast a pint of this new brew with Adam.

With Adam’s brew comes a new feature of the Brewer’s Share series—each brewer will pick a local charity of his or her choice to receive a portion of the proceeds from the sales of their beer. Adam chose Hood River Adopt-a-Dog – Hukari Animal Shelter, so every keg of Adam’s Malty Bomb benefits local animals in need. 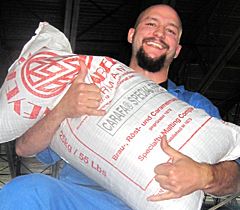