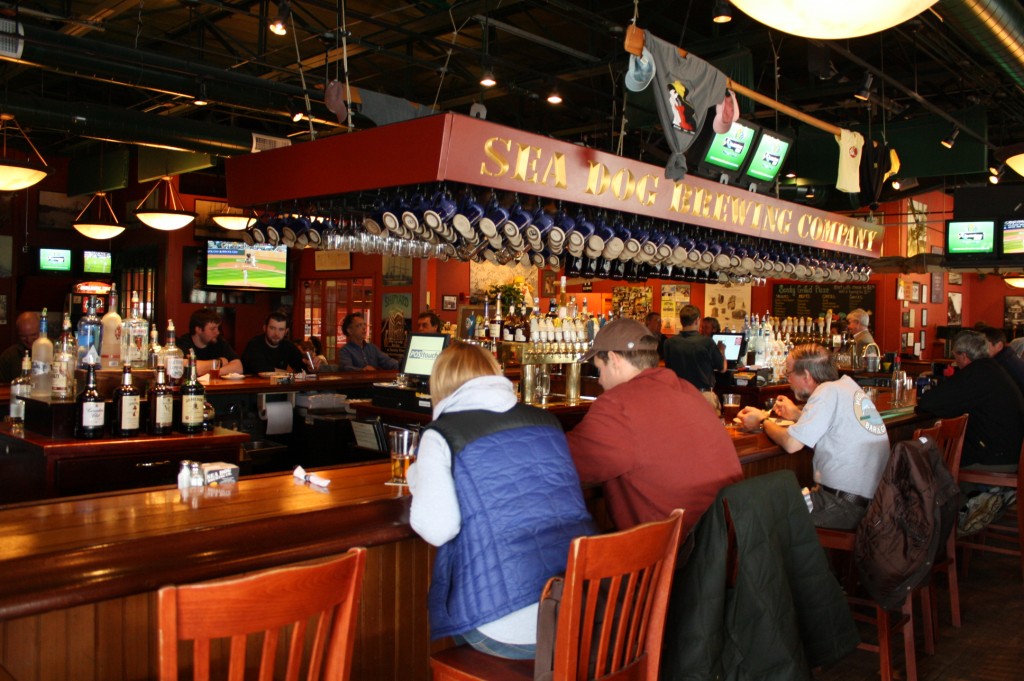 After spending three days in the Maine woods, we headed out in search of any kind of craft beer. In Bangor, Central Maine’s most populated region, we made two stops. First, we hit up Sea Dog Microbrewery and Pub, an old haunt from way back when. These days, Sea Dog is owned by Shipyard Brewing Company and most of the production has moved a few hours south in Topsham.  The beers, like many of New England’s classic ales, are brewed with the ringwood yeast. This yeast lends itself to an astringent mouthfeel and often a prominent diacetyl presence. 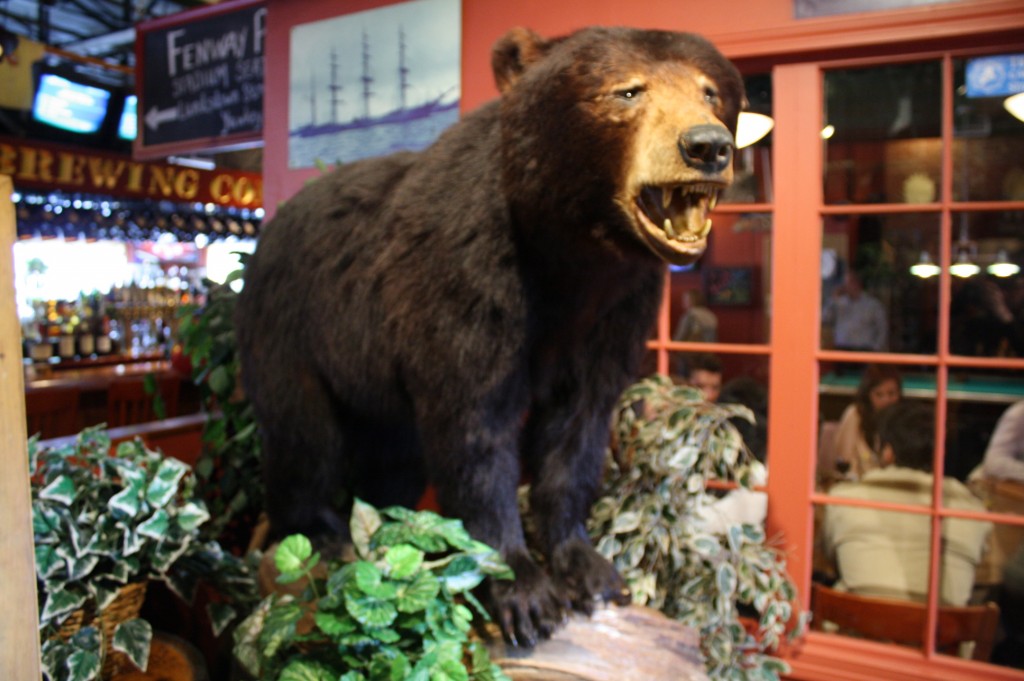 At a nice location on the Penobscot River the pub featured an assortment of seafood options along with other standard pub fare. In the summer months, Sea Dog’s outdoor river view deck is one of the best atmospheres in town to enjoy a beer. 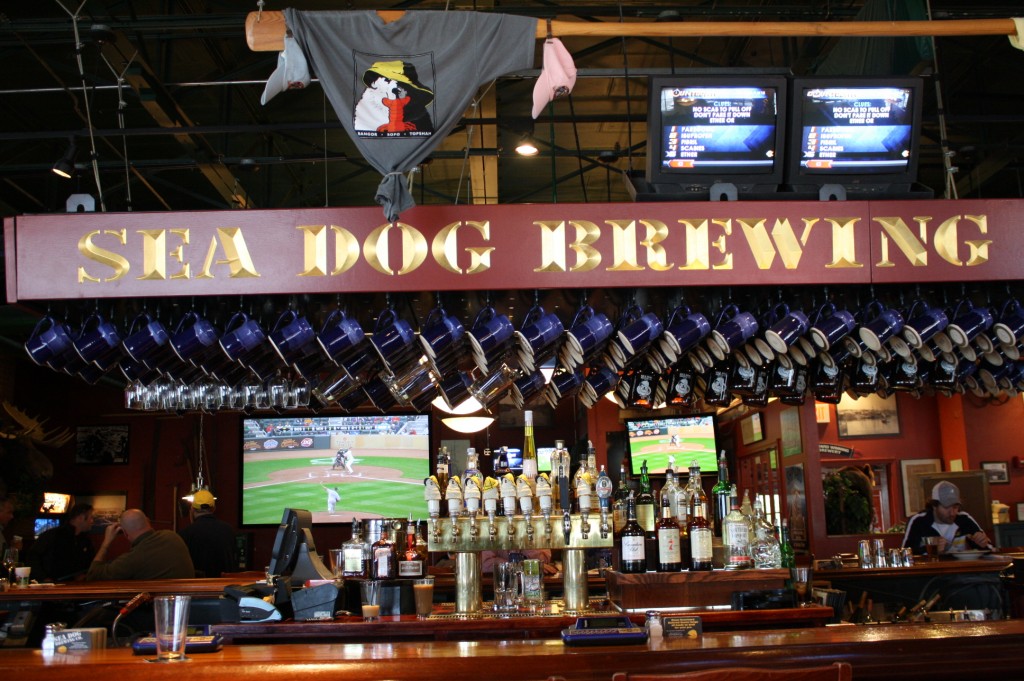 While at Sea Dog, we tried the newly brewed Summer Ale, a light golden ale with signature butter notes and dry mouthfeel. We also explored a mildly hopped Pale Ale with even more pronounced diacetyl flavors. The last beer ordered, a Hazelnut Porter, for us, was unfinishable. Artificially sweetened with a sugary flavoring and riddled with more diacetyl than the first two beers, this is a beer we’d characterize as a drain pour.

With decent food options and a nice location in the heart of the Queen City, Sea Dog is a brewery we hope will improve their beers because it is one of the first craft breweries we were drinking in Maine.

After catching a baseball game at Husson College in town, we headed back into downtown Bangor to visit a beer stop recommended by old friends. At the Whig & Courier, Bangor’s 2007 choice for best neighborhood pub, an assortment of area beers run the taps as well as a few standards such as Guinness, Bass, Harp, Miller, and Coors. Short of Allagash Brewing, there’s really not much to drool over when it comes to Maine’s craft beer selection where diacetyl is king. At Whig & Courier, named for an old city newspaper, we opted for Geary’s Bangor’s Best, a standard pale ale for the area. Other options were Atlantic Brewing’s Blueberry Ale, Magic Hat’s Circus Boy, a Casco Bay Seasonal, a Shipyard Seasonal, and Marshall Wharf Brewing. We enjoyed our time in Bangor, but are glad we stocked up on other beers from outside the area to get us through our stay.