On March 20, Brewpublic put together BrewPubliCrawl, a unique meet-the-brewers pub crawl featuring eight breweries at four dynamic stops on SE Division Street in Portland. Here, we enjoyed some spectacular and unique beers while soaking in a wonderfully sunny day on the Spring Equinox. We also had the pleasure of meeting not only talented and friendly brewers, but several folks passionate about craft beer. One such person was Mary Engel, a talented writer with a vast history of writing that has been featured around the country. Engel was covering our event with her partner Nolan Hester, a photojournalist amongst other talents. Engel’s article “Oh, Hoppy Day,” covered the fun that was had during BrewPubliCrawl as well as the amazing craft brew community that exemplifies Portland as arguably the best beer city on the planet.

More recently, we heard from Engel, who was informing us that she was putting together an article about Portland aka Beervana for the LA Times. We recently were sent a link to the story and were pleased to see someone in Southern California giving recognition to Portland as a true pioneer in the beer world (we often joke that San Diego thinks they invented hops though the do not grow them). 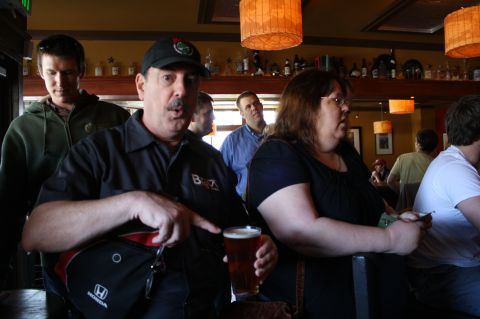 The LA Times article, named “Achieving Beervana in Portland, Ore.,” showcases a snapshot of some of Portland’s rich craft beer culture. Portland is Engel’s new hometown and she is quite happy with her quaffing options. The article points to Portland’s number of breweries, more than any other city in the world, but focuses deeper on what makes us the best town for brew culture anywhere.

“But numbers alone don’t capture Portland’s status among true beer aficionados, the kind who would sooner quaff hemlock than a Miller or a Bud. There’s something about this most livable of cities that encourages innovation.”

Well stated. Well known beer guy, Marc Martin is quoted in the piece, as we learn of our friend’s forthcoming business. “Portland is eco-friendly, green, bicycling, Birkenstock-wearing — it’s a culture that lends itself to unusual and unique things,” says Martin.

Engel’s piece goes on to cover what most out of town publications point to. Oregon’s statistics regarding craft beer and how we consume more craft beer per capita than any other state, and how beer is replacing wine. You know, something like the info you can find on the Oregon Brewer’s Guild website.

“Achieving Beervana in Portland, Ore.” visits Alex Ganum of Upright Brewing at the Portland State University Farmers Market and experiences Ganum’s Four, Flora Rustica, and Gose. These are three brews we are fortunate to have close by. By the way things have been going for Upright, you can expect SoCal’ers to be demanding some of it soon. 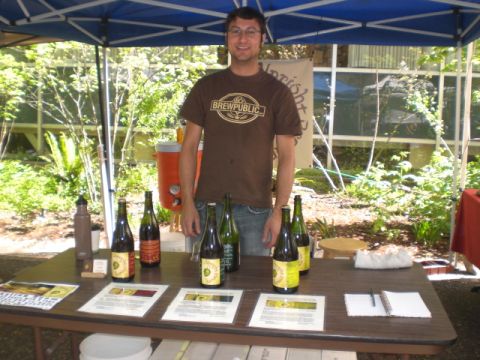 The former Portland Brewing digs is now the Old Crusty home of Rogue. After some art walking, Engel and friends wind up here and are “promptly overwhelmed by the 32 beers on tap.” Here they taste the refreshing Juniper Pale Ale, Brutal Bitter/IPA,  Mocha Porter, and Château Rogue Single Malt Ale. Good calls if you’re only gonna go about 1/8 of the beer menu here.

Doing beer tourism up properly, the group pays a visit to PDX’s ultimate tourist destination, Powell’s City of Books, the largest independently owned retailer of books in the country before falling off the train of high quality brews and diving in at Tugboat Brewpub. We’ve got to wonder “Why not Bailey’s Taproom across the alleyway?” This would have been one of the best microcosmic glimpses into Beervana’s offerings anywhere citywide. Oh, well, Tugboat and its unclean Rubber-made brews are again commended on their cozy unique atmosphere, which is quite nice, as are some of their guest tap offerings on cask. 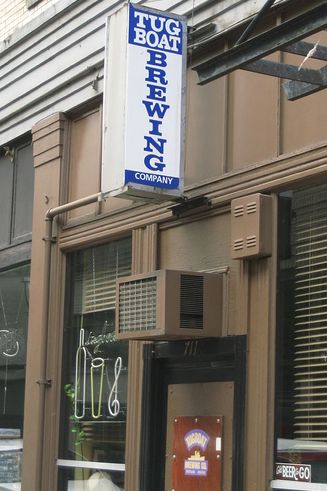 While grabbing some food at Vindahlo, an Indian restaurant, they wisely opt for Double Mountain and Oakshire pints. Great call considering these are easily two of Oregon’s best breweries.

The following day, the group enjoys a walk through Oaks Bottom Wildlife Refuge. Too bad Oaks Bottom pub isn’t what it once was when Jim Parker and Jonathan Carmean had a hand in it, but that is fine, because there’s always more options, including one of Beervana’s best…

Righteously, they go for a sample tray here at HUB. Places like this are great for such tasters to experience the variety of hoppilicious brews made by some of the most talented folks in the country. We find it humoring how Engel likens owner Christian Ettinger to Elvis with “beers to swoon over.”  We’ll see how that pans out next April when they form another band. Next time you go to HUB, we may be tempted to order the burnin’ hunk o’ love brew or the organic blue suede shoes ale…perhaps a jailhouse bock. That is unless they announce “Ettinger has left the building.” Dude needs some rhinestones on his fermenters. If Ettinger is Elvis, who would Upright’s Ganum be? We suppose we’d have to say Frank Zappa. Okay, we digress… 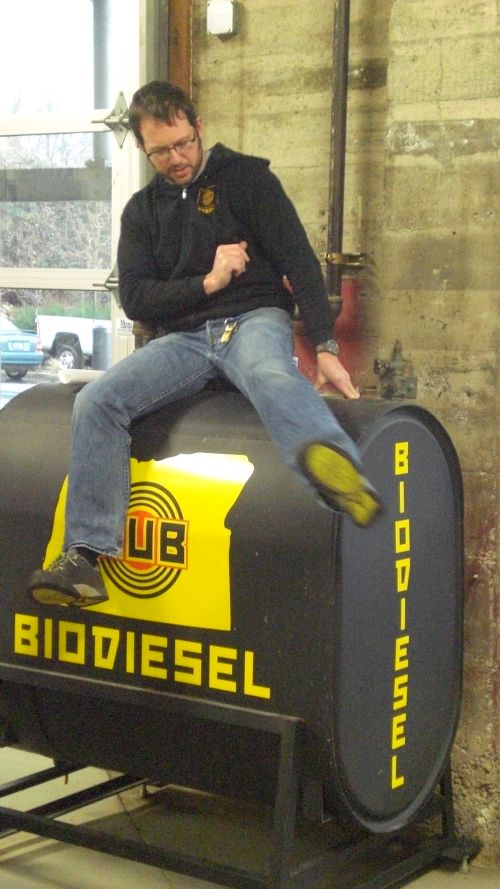 The crew aptly highlights the mealy yet caffeinated even Grain Survival Stout, , the quintessential Cascadian Dark Ale known as Secession, and the gold medal winning IPA.

A nice final stop on the Beervana mini-tour if Alameda, where brewer Carston Harney (Willie Nelson?) makes Portland’s head spin with aromatic hop-play. They go for the Pale Ale and Belgian-style IPA with a vegetarian burger. These are combos we often do up here as well.

This is the end of the fun for now for Engel’s out of town friends. They headed back to the airport where they conceivably could hit up a handful of other craft brew spot in PDX International. Lucky for Engel, she’s now a Beervanian, and we are happy to have her spreading the word about our great city and its great beer. To those from out of town, come visit and try your liver at all Beervana has to offer!

For more on Mary Engel, check out her bio here.