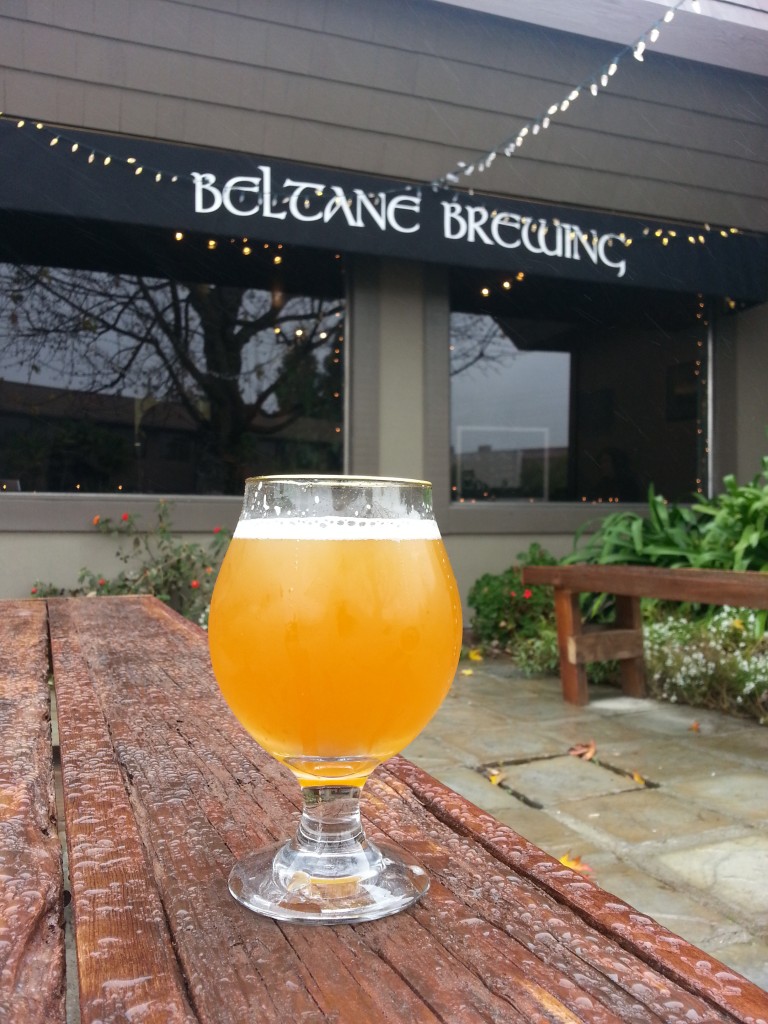 The San Francisco Bay area, much like the rest of the civilized West Coast finds itself smack dab in the middle of the craft beer revolution. With this, we see a great proliferation of craft beer culture manifested in the form of new bottle shops, bars, and breweries, as well as an overall growth in the interest in artisan brewed goods. One such shining example of the region’s ongoing growth is the past weekend’s opening of Beltane Brewing in the town of Novato, CA in the region’s North Bay in Marin County.

Already with two breweries in town in the popular Moylan’s Brewery, which has been serving up handcrafted beer since 1995, and the younger Lucky Town Brewing. But now, more of the region’s nooks and crannies are getting filled with more flavors to attempt to sate the unquenchable thirst of those like us, in pursuit of the next perfect pour. 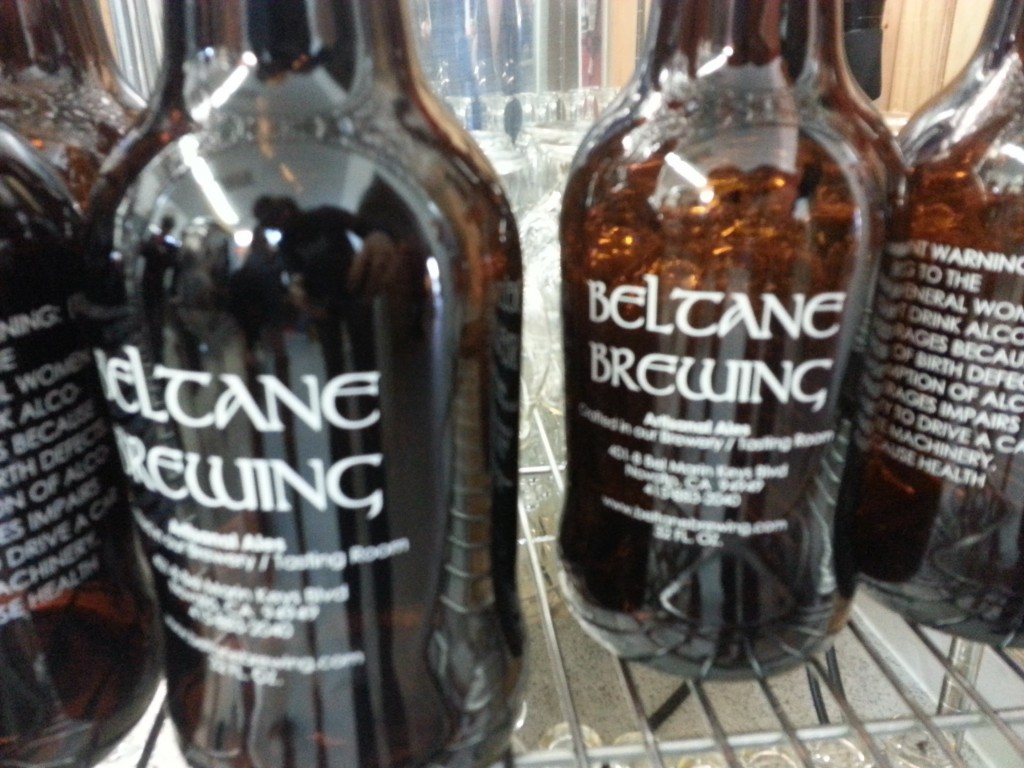 Beltane Brewing is the brainchild of longtime homebrewer Alan Atha and is a family operation. Atha took his aspirations of becoming a professional brewer to the next level on Beltane’s 3-barrel brew system. He draws from his vast homebrewing knowledge which saw him as the head of a local homebrew club, Sonoma Beerocrats. In 2011, Atha’s award winning Luminesce Belgian-style Tripel was produced on a larger scale at nearby Iron Springs Pub & Brewery in Fairfax, CA with the help of brewmaster Christian Kazakoff. The beer was featured as a well-received ProAm entry into that year’s Great American Beer Festival in Denver (watch the video of Atha and Kazakoff brewing this beer here). 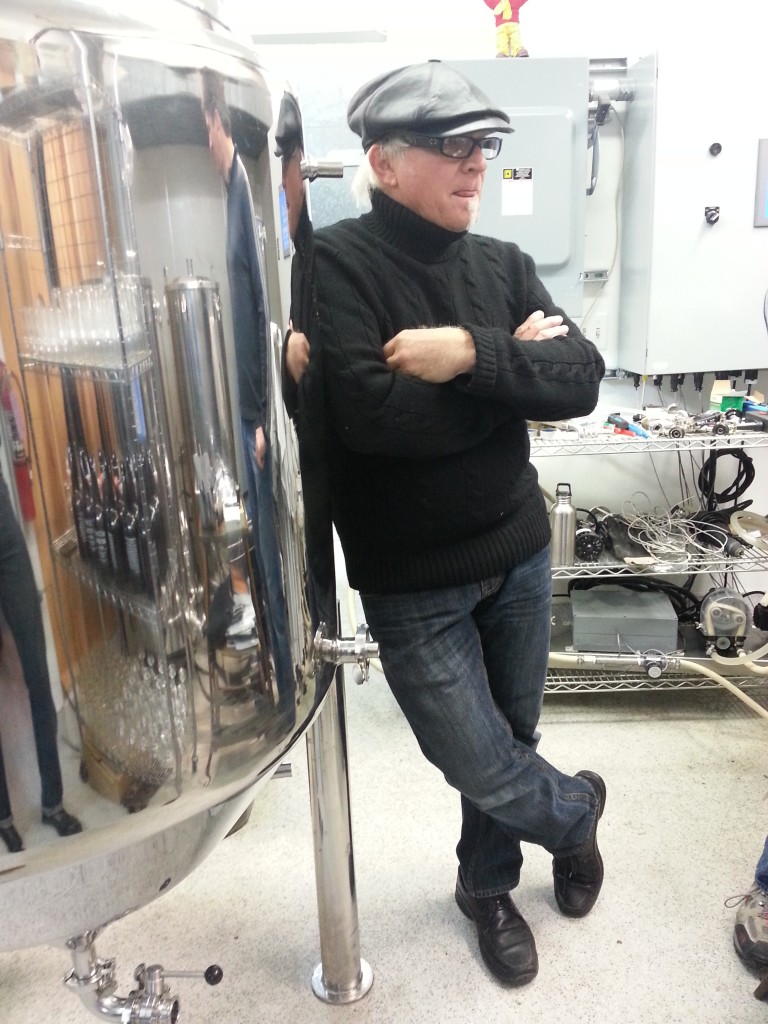 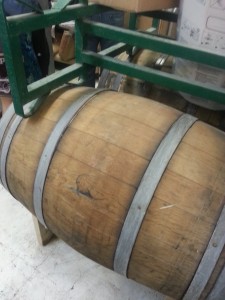 Now, Atha’s Luminesce is set to be a regularly offered option in Beltane’s cozy taproom. It is evident that the brewer’s passion for Belgian-style ales is great. A flowery, slightly citrusy Fleuret Golden Ale, A bright and glowing effervescent En Suite Saison, and a dark and fruity Automne Eve Dubbel are all examples of Atha’s Belgian-style brewing prowess. On the other end of the spectrum, Beltane presents a number of hopped up, bitter numbers such as the Sable Black IPA, with an adequate touch of dark roast, a light and dry 4% ABV Meritage Session IPA, and a big and bitingly bitter Bolero Double IPA. Not available on our visit but coming soon will be Atha’s Rumplestiltskin Double IPA and his Paleo Belgo Ale (Find descriptions of these and other regularly available and seasonal Beltane offerings by clicking here). 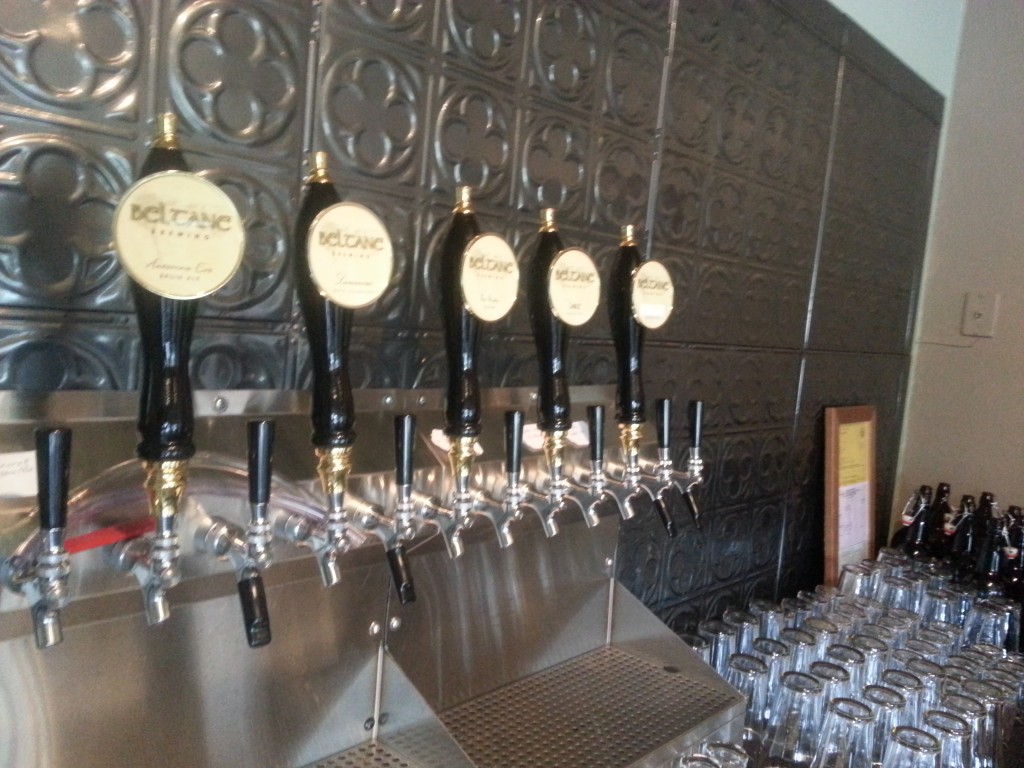 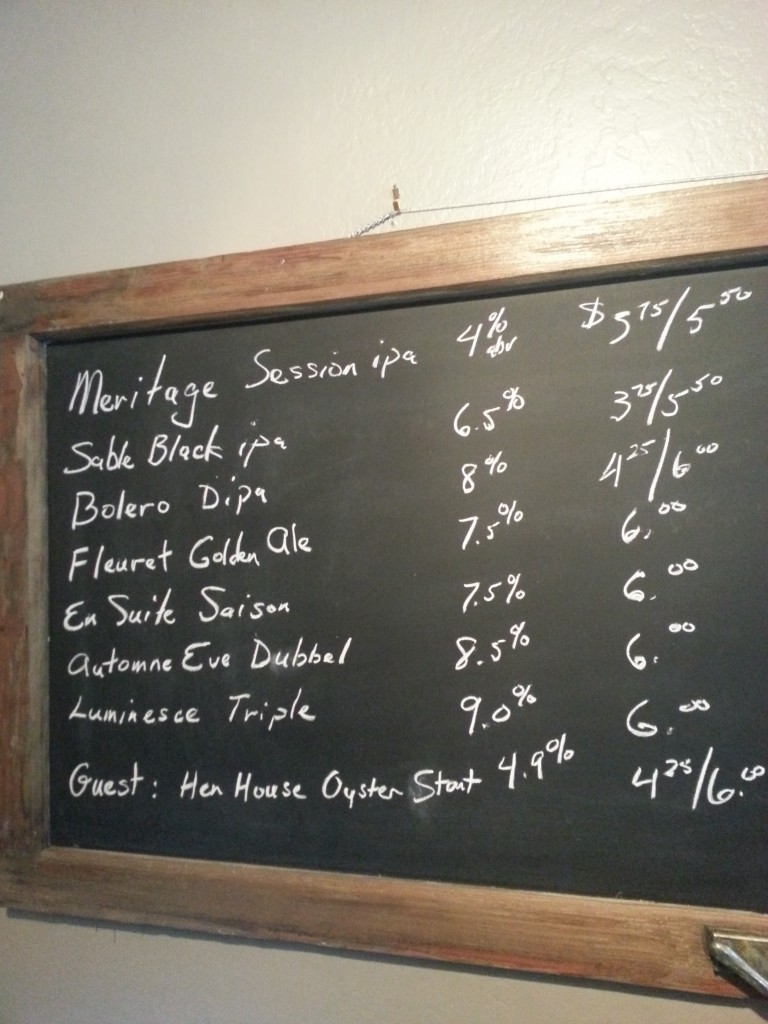 Beltane Brewing named for the month of May and the Gaelic festival held on the first day of May celebrates the community and its arts by featuring live music in the tasting room and regularly will feature guest taps from regional breweries. No televisions are present in the pub. This is because the owners feel it would detract from the sense of camaraderie here. Out front near the patio area, local food carts cater to those with an appetite of more than beer. 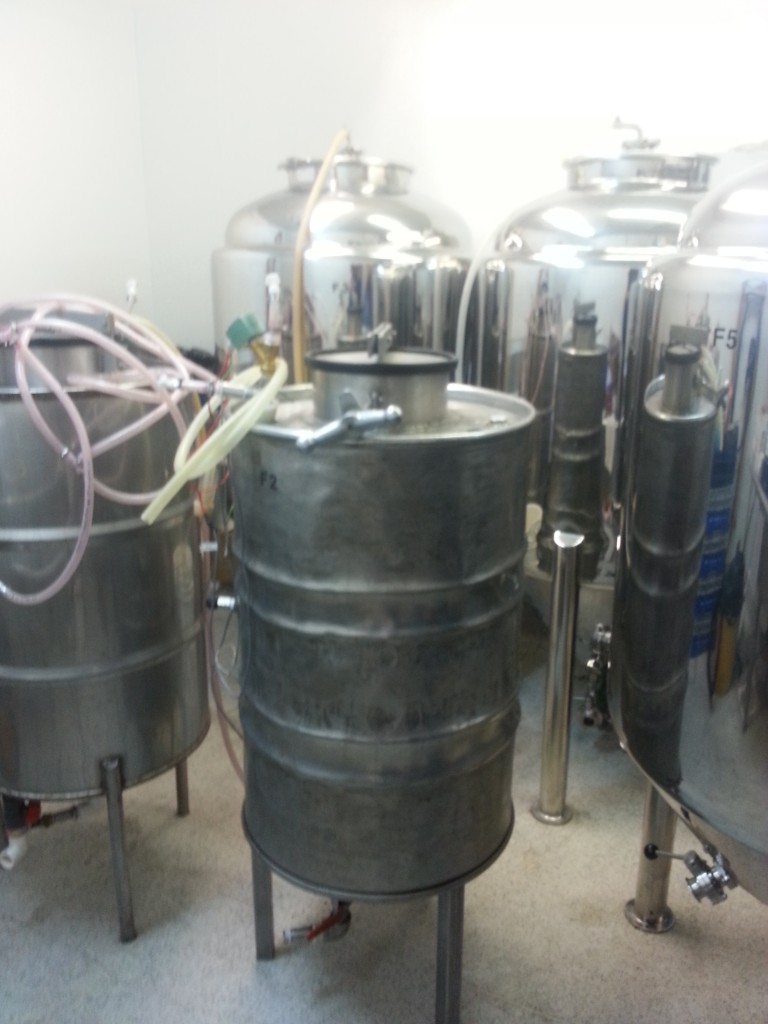 Beltane’s tasting room plans on being open daily (Monday through Thursday from 3-9 p.m., Friday 2-10 p.m., Saturday 1-10 p.m., and Sundays 2-7 p.m.) They have refillable swing-top 32-ounce growlers to take away. Check out more about them on their website: http://www.beltanebrewing.com. 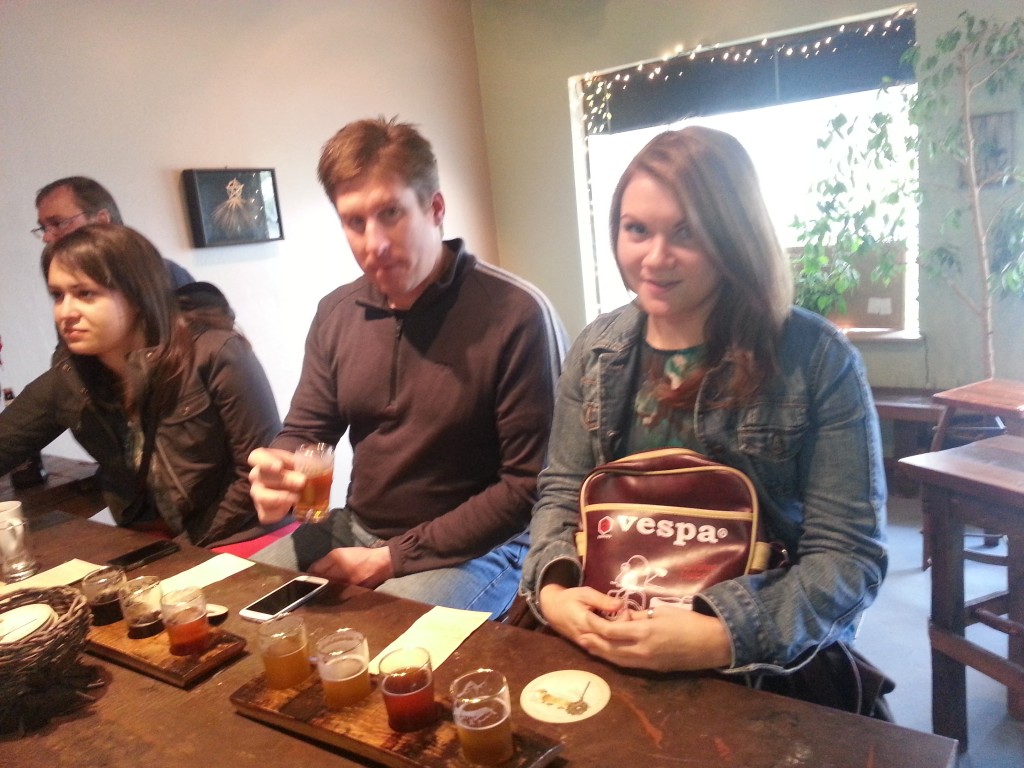