Bend, Oregon is a true beer town. On a recent three night stay I find myself experiencing some of the best brews Central Oregon had to offer. With six different breweries to experience I definitely had a full schedule of beer tasting ahead of me. 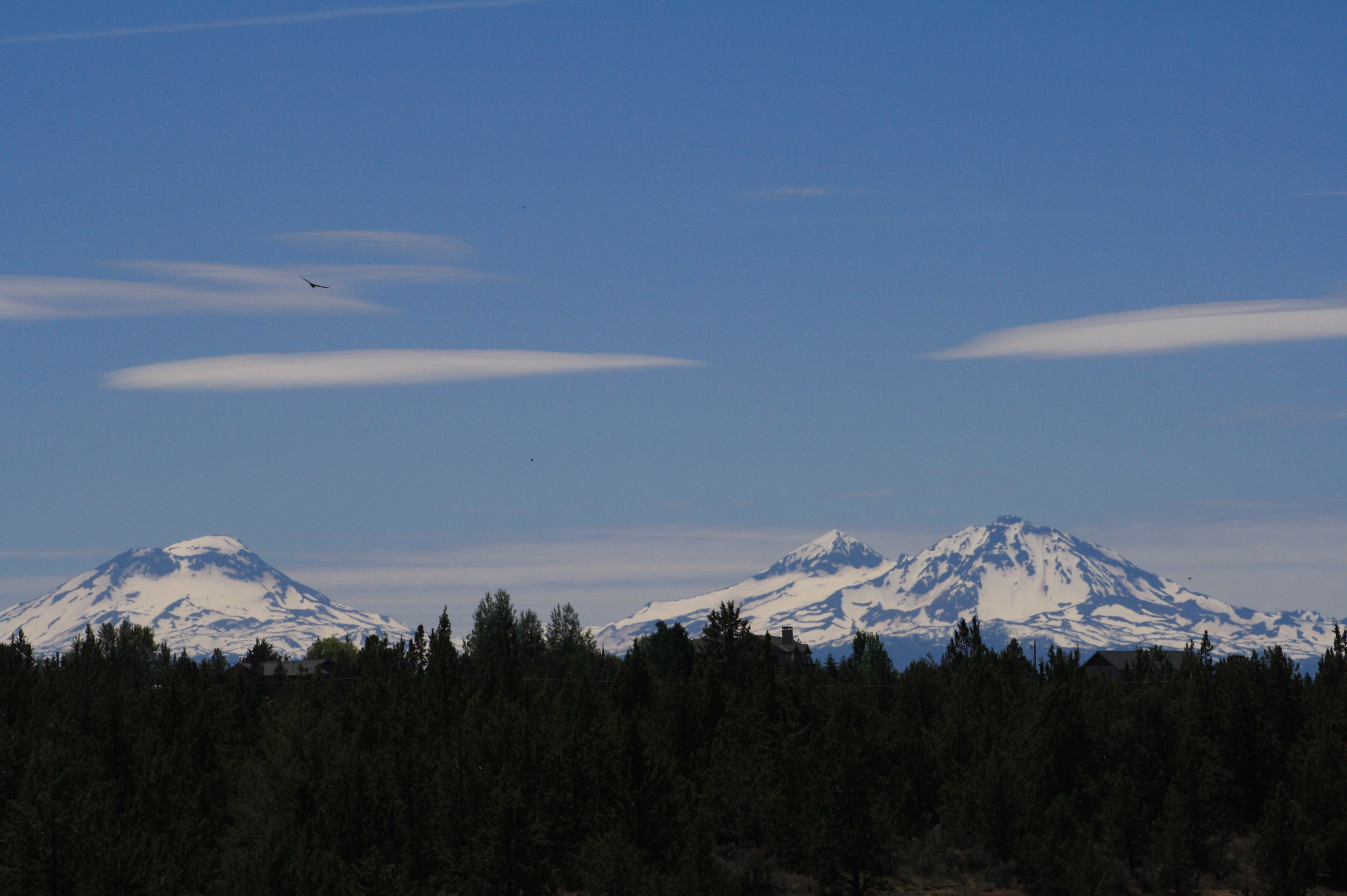 On my first night I made the drive to Sisters, Oregon (about 20 minutes northwest of Bend) to see what was new at Three Creeks Brewing. I was lucky enough to find three seasonal offering from Brewmaster Dave Fleming. After

sampling the Twisted Sisters Summer Stout, HooDoo VooDoo IPA and the Ryemosa (an orange infused rye ale, more on that later) I decided to go with the Summer Stout. It actually ended up being a perfect pairing to the Blue Cheese Pear Salad that I ordered for dinner. The subtle smokey and coffee like flavors of this light summer stout balanced the sweet notes from the marion berry

dressing nicely and the creaminess of the blue cheese mellowed out the flavors nicely. After dinner, I had to get a glass of the Ryemosa just to really experience this beer. This has to be the cloudiest beer I have ever had. It actually looks like someone mixed this beer with orange juice. While thankfully, they did not, you can definitely tell there is some kind of orange flavoring added. Dave really has a mind for creating some very unique beers that taste great.

Once back in Bend, I walked over to Bend Brewing to see what was on tap. I was delighted to find the Black Diamond Dark Lager. A Negro Modelo-style dark lager that won a gold at the World Beer Cup this year. At the pub the beer was served with a lime.  I really enjoyed this beer and had to bring a growler back for Angelo to try. 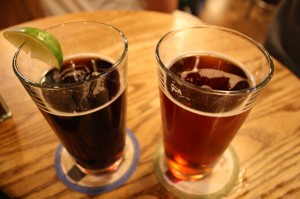 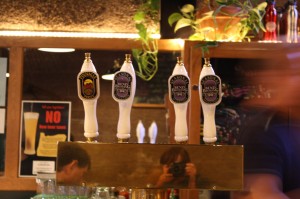 On my next night on the town I made a quick trip over to Silvermoon Brewing. Earlier in the day I had seen their sign out front that intrigued me to find out what the Epic Trail Ale was all about. Turns out that this beer is a

fundraiser beer for the Bend Trail Alliance, the Tumalo Langlauf Club and the Central Oregon Trail Alliance and is an ongoing program to benefit human powered activities in Central Oregon. The beer itself was very drinkable. A light Scottish style ale that tasted more like a light summery pale ale to me. This beer is available in 22’s. Another interesting sounding beer on the menu was the Heather n’ Rye, a Belgian style rye brewed with heather tips and hops. While sounding delicious the beer was a bit of a disappointment. I did not taste anything Belgian about this beer except for maybe a mild spice profile. The flavor was more creamy in body then anything else.

After my visit to Silvermoon I headed over to the McMenamins Old St. Francis Brewery to see what Corey Blodgett has been up too. Seems he has been keeping

himself busy with creating lots of new brews. While McMenamins may not be my favorite place in town I always enjoy stopping in to see what is going on. I will let the beer menu and the words from Corey on the menu speak for themselves. I did sample a couple of beers and thought they were  alright. I ended up drink the Big Ben Light English Mild/Cream Ale but about half way through the pint I decided I didn’t want to drink any more of it.

The one brewery in Bend I did not visit was 10 Barrel Brewing, although I did see their beer around town at

restaurants. As reported in The Source, the Bend weekly paper, 10 Barrel is currently looking for a space to open up a brewpub. Their hope is to have one open by the end of the year.

On my way back to Portland, I stopped at Cascade Lakes for lunch in Redmond. I drank a smooth bodied Weiss beer that had just the right amount of banana and clove flavors. This place is a favorite for a quick bite and brew on my way either to or from Portland to Bend.

While a visit to Bend would not be complete without a visit to Deschutes, I will not be writing about my Deschutes experience in this post. I had the chance to meet with Larry Sidor, Head Brewmaster at Deschutes for an interview and some beers. A post will be up later in the week about Larry, Deschutes and what they do best…beer. So stay tuned. 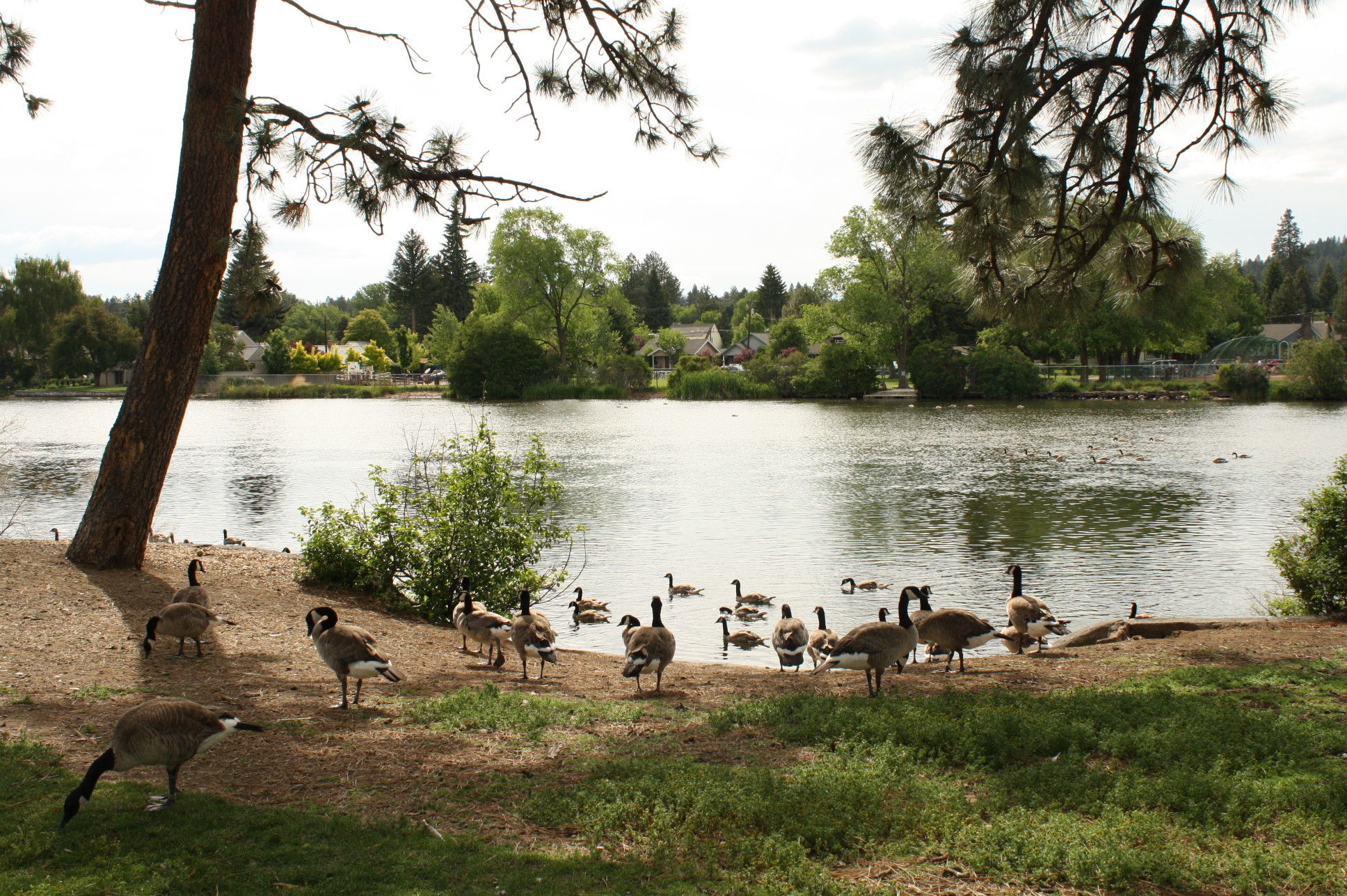