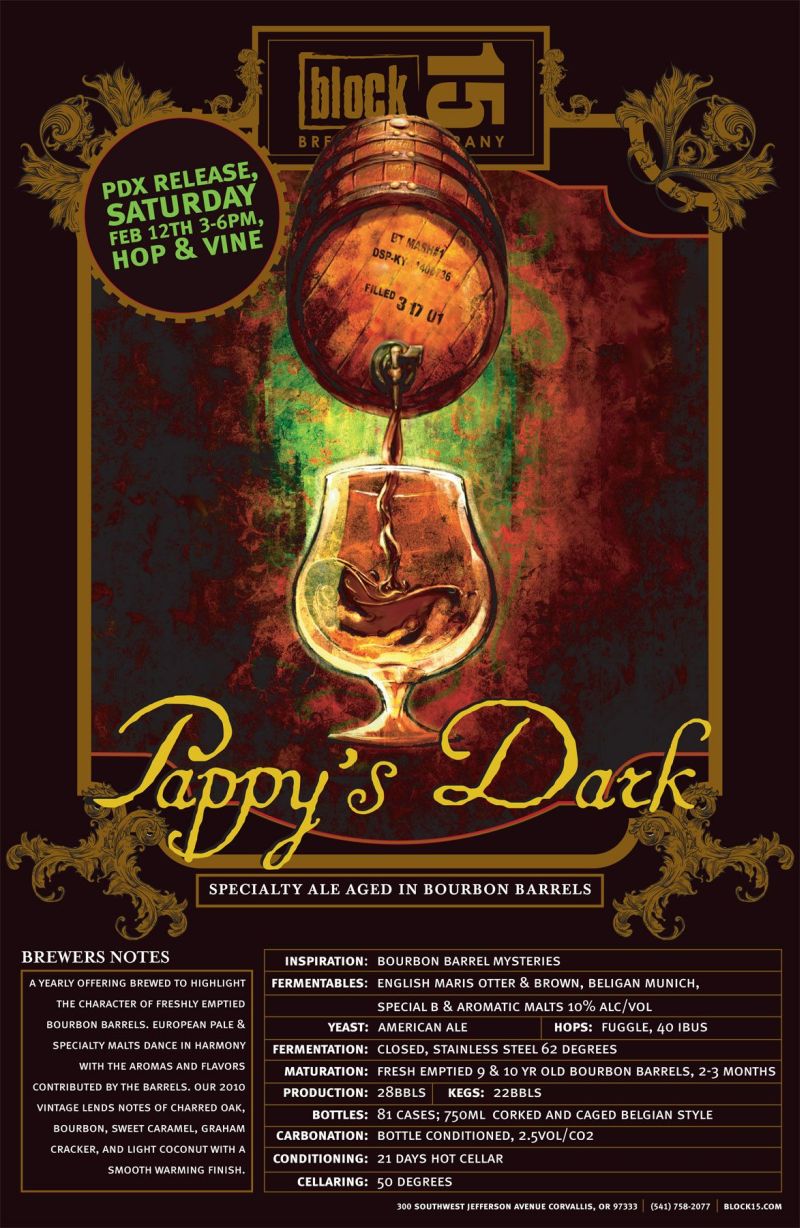 In just two short years, Corvallis, Oregon’s Block 15 has become one of the most respected breweries in the state. Known for their unique barrel-aging program that has produced some amazingly complex and tasty beers from wild and sour Belgian and French ales to English-Style Strong Ales.

On Saturday February 12th The Hop & Vine is pleased to present Block 15  founder and brewer Nick Arzner and some of his rare and specialty treats including the first Portland bottle release for Pappy’s Dark Ale a Bourbon Barrel-Aged English-Strong Ale only the 2nd in their specialty line of 750ml caged and corked barrel-aged bottled beers.

European malts blend harmoniously with the aromas and flavors of vanilla, coconut, oak, caramel, and imagination contributed by the freshly emptied Kentucky bourbon barrels this ale was matured in. This yearly bottle offering is a result of blending the finest barrels hand picked by our brewers.

Bottles are extremely rare and we will have only 6 cases for sale with a 2 bottle limit. In addition we will have some select rare drafts from Block 15 on tap too including:

About Block 15:
“Our brewers are dedicated in bringing beer enthusiasts traditional, unique, and challenging bottle conditioned ales brewed with the finest ingredients from our region and around the world” says founder Nick Arzner. “Drop by our brewpub and enjoy over 13 hand crafted ales and lagers in our historic downtown location. View our bottle our againg journal , real-time tap list, menus, and events at Block 15.com“