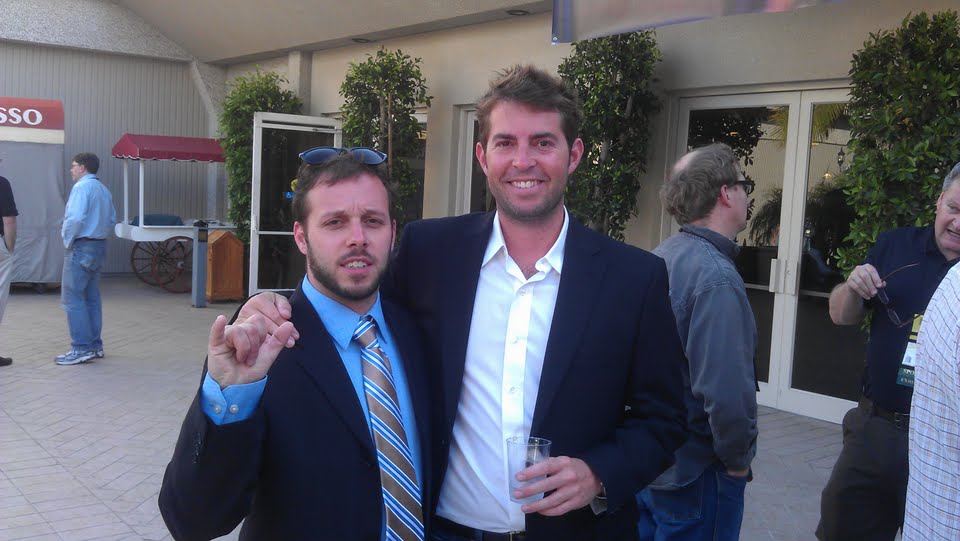 Breakside Brewery has announced that they are throwing quite the party for their second anniversary. On May 12, 2012 the restaurant will remain open normal hours with the addition of several house brewed beers flowing from all taps as well as more outside. Many of the featured beers are not to be missed one-of-a-kind treats. There will be live music as well. A commemorative glass will be featured for this ticketed event. Here’s the details from lead brewer Ben Edmunds:

…we are throwing a huge party for our second anniversary on Saturday, May 12 from 1 until 7. (The restaurant will be open regular hours, but the special events are for the designated times). The party will feature live music, special release beers, and guest ‘celebrity’ chefs at the outside grill. To celebrate the big day, we’ll be pouring from all the draught lines inside plus an addition 8-10 beers outside. Here’s what to expect on tap:

Bourbon Barrel-Aged 1st Anniversary Wheat Wine: Last year, for our 1st anniversary, I brewed a strong wheat ale, a portion of which has now been aging in Heaven Hill bourbon barrels for 13 months. We released a very small amount for Lucky Lab’s Barleywine fest, and this beer is tasting great. It will be a real treat.

Gin Barrel-Aged 2nd Anniversary Sour Golden: My brew to commemorate our 2nd anniversary is a barrel-aged version of our Summer Golden. The base beer (a slightly sour golden ale made with ginger and kaffir lime leaf) has been aging in an Old Tom Gin barrel with additional kaffir lime leaves and juniper berries.

Passionfruit Berlinerweisse: In what will become a Breakside tradition, our assistant brewer Sam Barber has also brewed his own anniversary beer. A 100% sour mashed Berlin-style wheat beer made with passionfruit.

We’ll also be releasing the final kegs of our Bourbon Barrel-Aged Tripel and our Gin Barrel IPA. Our regular lineup of beers will be available as well, and we expect to have a handful of seasonal beers still around, including the latest two beers in our Chef Collaboration series: Apizza Alt, a traditional altbier made with Brian Spangler of Apizza Scholls and Lincoln Kolsch, a Northwest take on a German-style kolsch brewed by Jenn Louis of Lincoln and Sunshine Tavern.

The ticket package will be $15 for a commemorative tasting glass and 5 drink tickets for our outside tent. As a party plus, we’ll be selling mixed six packs of all of the anniversary and barrel-aged beers for that day only. Additionally, we’re getting special release ‘birthday beers’ from our friends at Upright, Burnside, Widmer Bros. and The Commons. Live music will include Denver, the country/western/indie band who we collaborated with for this year’s Malt Ball, and Catholic School, brewer Sam Barber’s crunk folk duo.

We’re also excited that some of the chefs/restauranteurs with whom we’ve collaborated over the last year have agreed to man a grill in our beer tent, offering chalkboard specials throughout the day. Expect to see Rodney Muirhead (Podnah’s Pit), Paul Kasten (Wildwood), Andy Arndt (Truss), Adam Robinson (The Bent Brick), and Yetta Vorobik (The Hop and Vine) behind the grill, as they celebrate with us. And just for good measure, the kitchen and restaurant will be running regular lunch and dinner service as well.