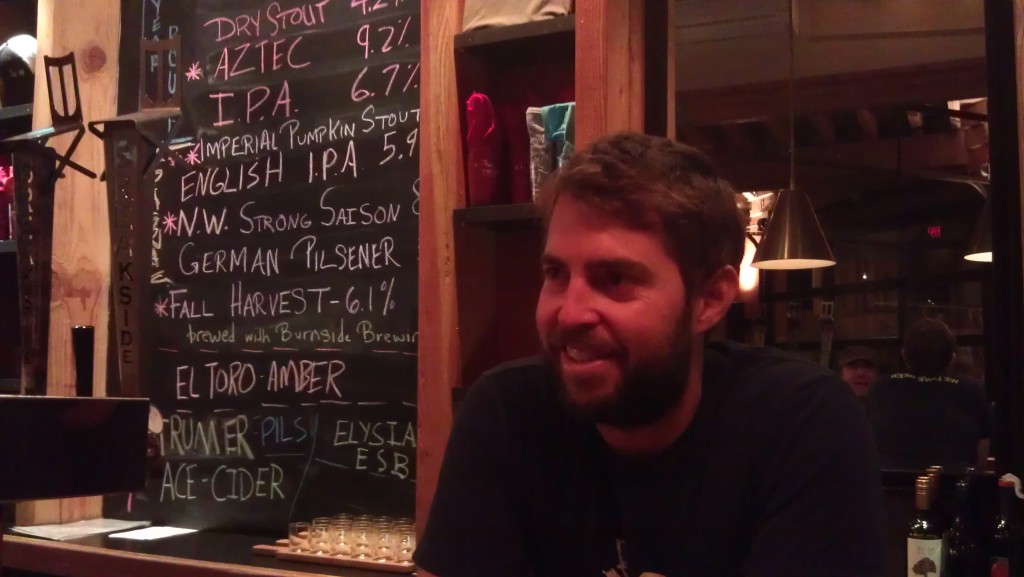 On Wednesday, December 14, 2011, Breakside Brewery will release bottled versions of two barrel-aged beers. Bourbon Barrel Aztec is an oak-aged version of Aztec Ale, the brewery’s popular strong ale made with chocolate and chiles. This is the second release of Bourbon Barrel Aztec, and the first round of bottles sold very quickly last summer. According to the brewers, this latest version has developed rich oak and coconut flavors, shows a lot of bourbon in the nose, and has a mellow, though present, heat. Soursop Wheat is a blend of several different Belgian wheat beers that were aged in soured Old Tom Gin barrels and then aged on soursop, a Southeast Asian fruit that is both sweet and savory. This beer has lots of juniper and herb character on the nose, a big sourness up front, and a rounded, fruity finish. For those unfamiliar with soursop, the brewery will provide samples of the fruit during the release party.

Both beers will be available on draught as well. According to head brewer Ben Edmunds, “this will likely be the only time these two beers are on tap simultaneously, since we have very limited quantities of both.” Edmunds also said that he plans to tap one or two special kegs of previously unreleased experimental beers throughout the evening as well.  The beers will be available beginning at 3 PM in 750 ml format bottles, exclusively at Breakside’s pub. Earlybird attendees will also benefit from the brewery’s new happy hour menu that runs from 3-6 PM.