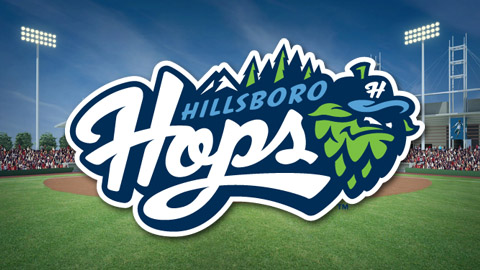 Bring me some peanuts and… IPA? The Single-A baseball Hillsboro Hops announced a multi-year partnership with BridgePort Brewing Company based in Portland, Ore.  As per Hillsboro Hops team policy, financial terms of the deal were not disclosed.

“We knew when we named our team ‘The Hops’ that we’d need to find a beer partner that has a rich history of excellence, and BridgePort Brewing Company, Oregon’s oldest craft brewery is that partner,” comments vice president and general manager K.L. Wombacher. “It has been our goal to offer the best craft beer selection of any Single-A baseball team and having everything from BridgePort’s IPA to Hop Czar and Summer Squeeze on tap will do just that.”

The partnership includes BridgePort brands featured throughout the stadium through signage and logos. An official BridgePort Beer Garden will be located off of the first base line with access to food, craft beer and a great view of the field.  In addition, BridgePort will be producing a limited small batch Hillsboro Hops special brew to be poured at the beer garden and BrewPub in the pearl district of Portland.

“I was already excited when I heard about the Hillsboro Hops, but getting to be the official beer for the team takes that excitement to a whole different level,” commented Jeff Edgerton, Brewmaster for BridgePort Brewing Company. “I’m picturing a sunny day some time soon when all of our brewers will get to kick back with the brews of our labor while catching a game.”

The Hillsboro Hops will make their home debut in their new state-of-the-art stadium in Hillsboro on Monday, June 17 against the Eugene Emeralds.

Hillsboro Hops season tickets are ON SALE NOW by calling (503) 640-0887 or by going online to www.hillsborohops.com.

About Hillsboro Hops:
The Hillsboro Hops are the Single-A baseball affiliate of the Arizona Diamondbacks of Major League Baseball. The team’s season runs from mid-June to early September. The franchise relocated to Hillsboro in 2012 and will begin play in 2013 in a new state-of-the-art 4,500 seat stadium. The Hops are part of the 58-year old Northwest League, which includes teams in Boise, Eugene, Salem-Keizer, Tri-Cities, Spokane, Everett and Vancouver BC. Major League stars who rose to prominence via the Northwest League include Ken Griffey Jr., Felix Hernandez, Edgar Martinez, Reggie Jackson, Ozzie Smith, Rickey Henderson and Tony Gwynn.  Follow the Hops on Facebook at www.facebook.com/HillsboroHops and on Twitter at www.twitter.com/HillsboroHops.

Oregon’s oldest craft brewery continues to evolve from a microbrewery to a regional leader in the craft brewing market, while remaining faithful to its commitment to producing high-quality, innovative craft ales.  The BridgePort family of ales includes IPA, Hop Czar, Kingpin and a list of seasonal releases.  BridgePort Brewery is located at 1313 N.W. Marshall St.  For more information, call 503-241-7179 or visit www.bridgeportbrew.com.