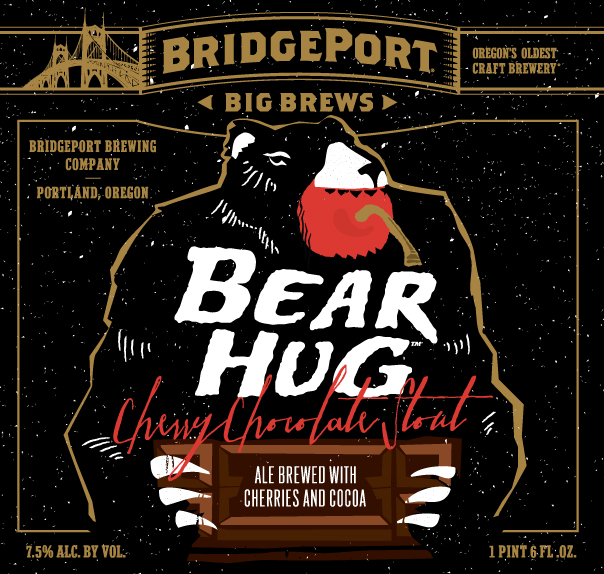 Over the past few years the line up of beers coming from Oregon’s oldest craft brewery has been evolving. There have been some hits and a few misses. But when BridgePort Brewing releases one of their small batch brews I tend to seek those out.

Being released this week is BridgePort’s newly developed Bear Hug Cherry Chocolate Stout. Only 1,500 cases of 22-ounce Bottles are being released throughout Bridgeport’s distribution network. Fortunately for us here in the Pacific NW they have a very limited amount of kegs that will be showing up at finer establishments over the next few months. 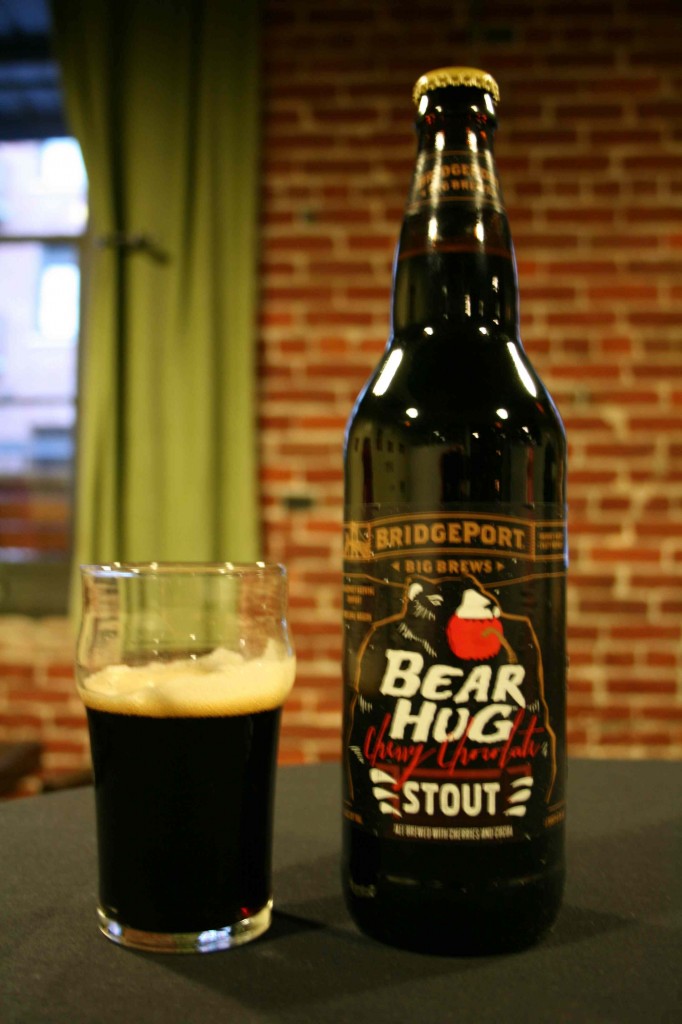 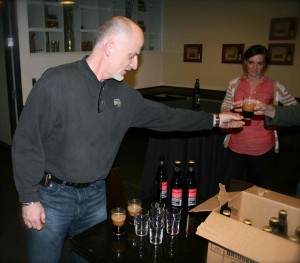 BridgePort Brewmaster, Jeff Edgerton, took a lot of time and effort in developing this new beer. Jeff stated, “This was the most expensive beer I ever made”.  He began this process by cranking up a previous stout recipe to produce more alcohol along with adding more chocolate malt to get the base beer that will be used. Jeff then sourced out cocoa nibs from Africa and dark sweet cherry puree. From here they brewed three batches. Two of these batches were with the dark sweet cherry puree and the other was with crushed cocoa nibs. They used 15 pounds of the cherry puree concentrate per barrel. This process yielded 150 barrels from the originally brewed 200 barrels, a 25% loss due to the residue left behind from these added ingredients. 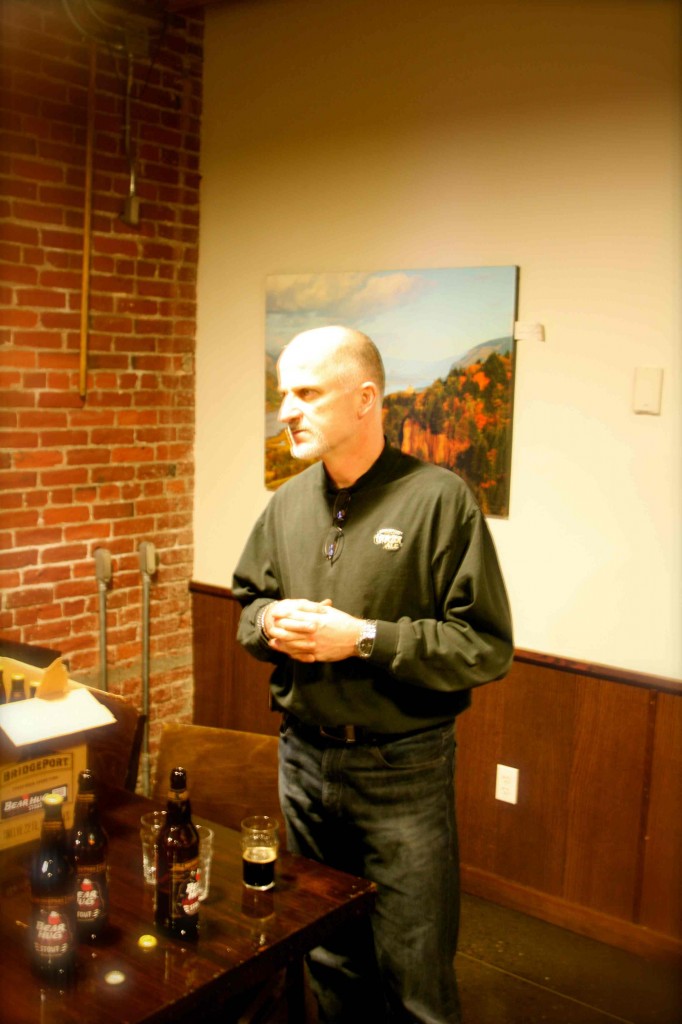 What this brewing process yielded was a fine stout that pours jet black with a nice solid body. The aroma gives off fruity and chocolate notes. As the beer warms the cherry really starts to come out. Not too sweet and definitely not overbearing on the chocolate resulting in a fine melding of the two special flavors. At 7.5% ABV, this makes for a great desert beer. I highly recommend seeking this beer out. BridgePort hit the mark on this one with Bear Hug Cherry Chocolate Stout! 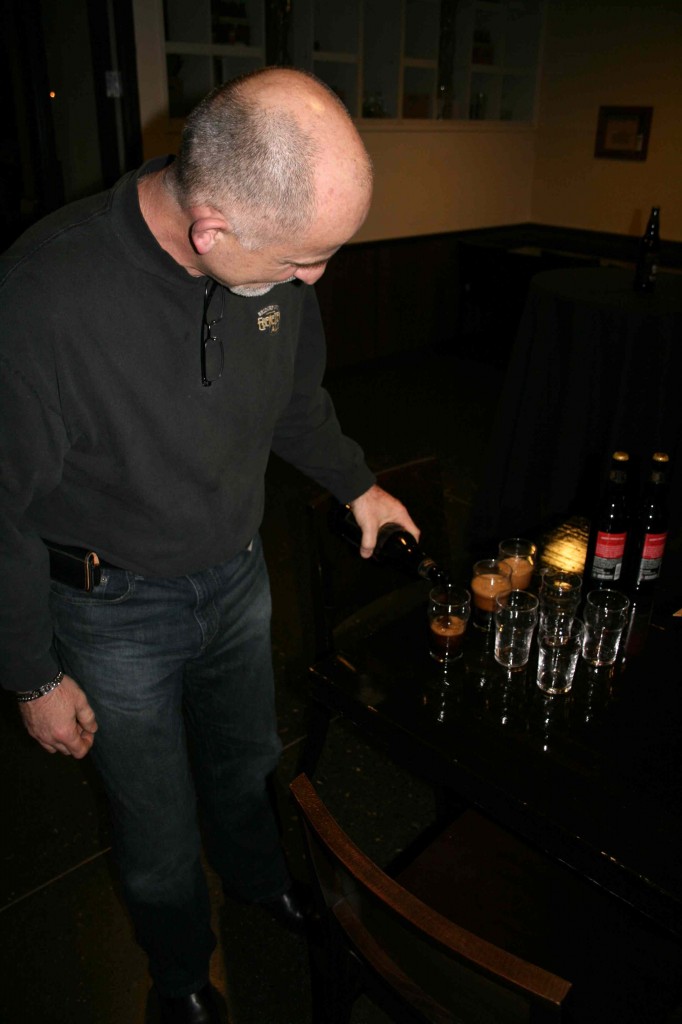 In other news out of BridgePort Brewing, there will be a few changes this year. Jeff and his brewing team have already replaced their late winter seasonal from last year’s Dark Rain with their currently available Smooth Rye’d Ale. The team is now working on a new summer seasonal that will hopefully bring forth a newly designed replacement to Summer Squeeze.  And once again Stumptown Tart will be released mid year. This year they’ll again be using a combination of three fruits but with a combination and new fruit addition that they have not used in the past. 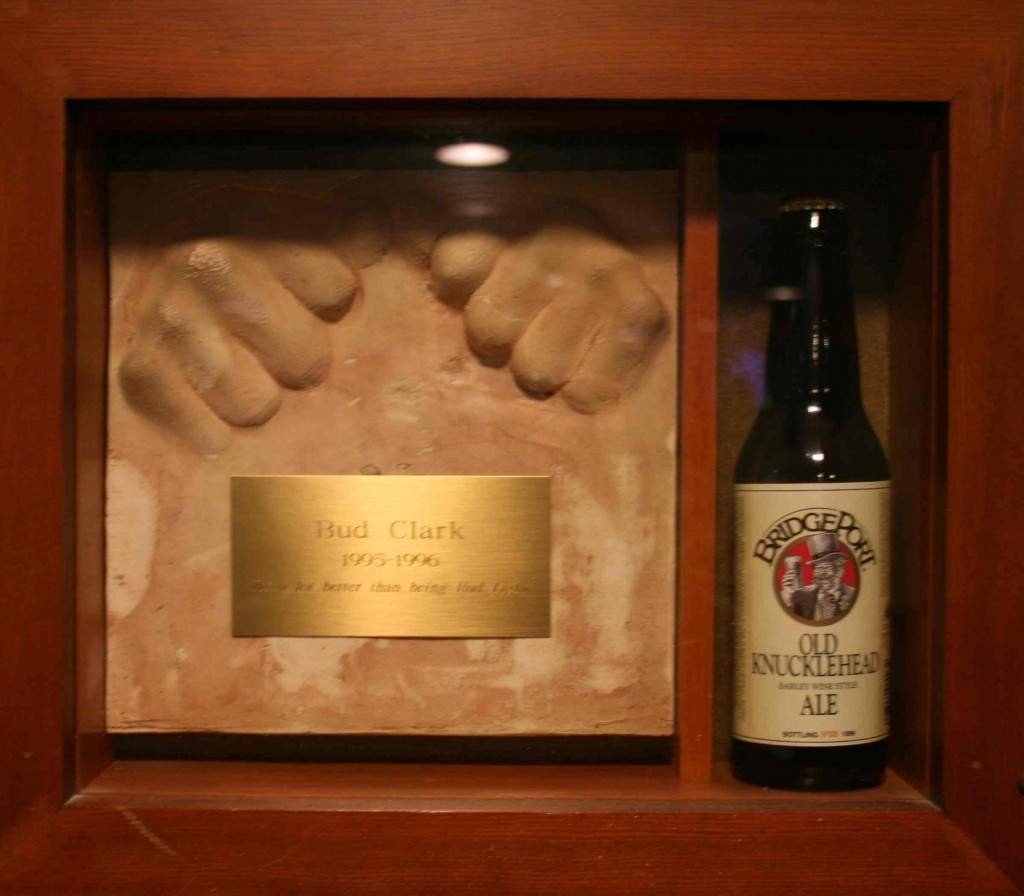 Stop by BridgePort Brewing’s Pub at 1313 NW Marshall Street on Thursday, February 21, to be one of the first people to try this new, scrumptious beer that they call Bear Hug Cherry Chocolate Stout.