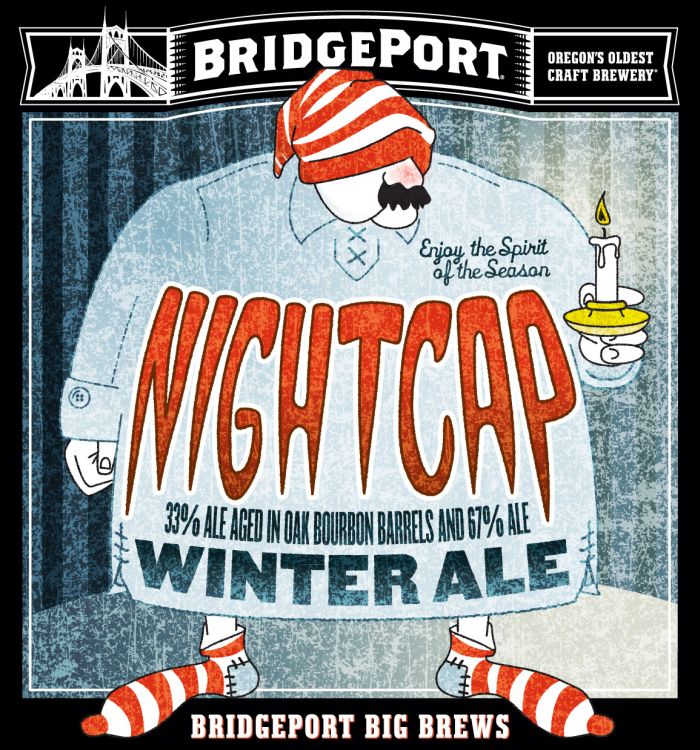 BridgePort Brewing Company, Oregon’s oldest craft brewery, releases its newest beer in the big brew line – Nightcap Winter Ale.  Nightcap was created to mirror traditional liqueur or spirit nightcaps enjoyed in hopes of warming cold toes and noses prior to a long winter slumber.  A malt driven brew, Nightcap begins with the enjoyable bitterness of Chinook hops and finishes with strong hints of vanilla. BridgePort brewers aged 33-percent of the brew in Makers Mark oak barrels for nearly a year – evidenced in the warm and spicy undertones of the brew. Because of its unusual aromatic scent, it is recommended that Nightcap be enjoyed in a tulip glass to allow for the full fragrance to escape.

“Nightcap is the result of the great response we had last winter to some Ebenezer that we experimentally kegged after aging in bourbon barrels for about a year,” comments Brewmaster, Jeff Edgerton. “We did this in a few select venues in Portland and everyone that tasted it really loved it so we decided to make a beer specifically to fit this category.”

BridgePort will host a Holiday Themed Nightcap release party Thursday, November 11 at 5:30pm at the BridgePort BrewPub in the Pearl at 1313 NW Marshall St. Free and open to the public, attendees can be among the first to sample the new brew and take home a commemorative tasting glass to mark the occasion – while supplies last. Brewmaster Jeff will lead the crowd in raising a glass to the newest big brew.