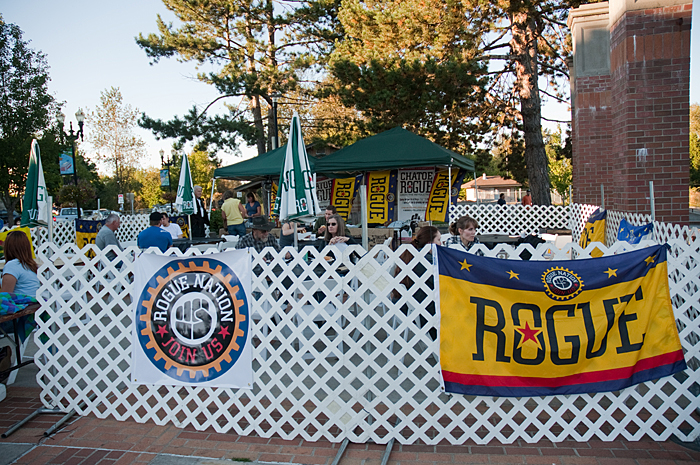 As the sun began to drop below the Coast Range, I sat drinking a glass of Rogue’s new Wet Hop Ale. My eyes passed over the empty fields where hop vines had grown only three weeks previous, I took a sip of the Wet Hop Ale, and I felt the flavor and bitterness of each variety dance over my tongue. This limited release beer from Rogue was made available for the 10th annual Independence Hop & Heritage Festival.

Friday evening marked the beginning of the Hop festival sponsored by Rogue Ales. In downtown Independence, Oregon, the brewery had a beer garden featuring their latest Chatoe Rogue Wet Hop Ale as well as their Creek Ale and Single Malt Ale. If you happened to be  a spirits connoisseur Rogue also had their entire lineup of gin, whiskey and rum available in the beer garden. For those not in the know, Rogue has a Hop Farm located just a few miles from downtown Independence where several varieties of hops are grown and are processed. Being part of the Hop & Heritage Festival is just one way that Rogue integrates with the local community and shares their passion for good beer. 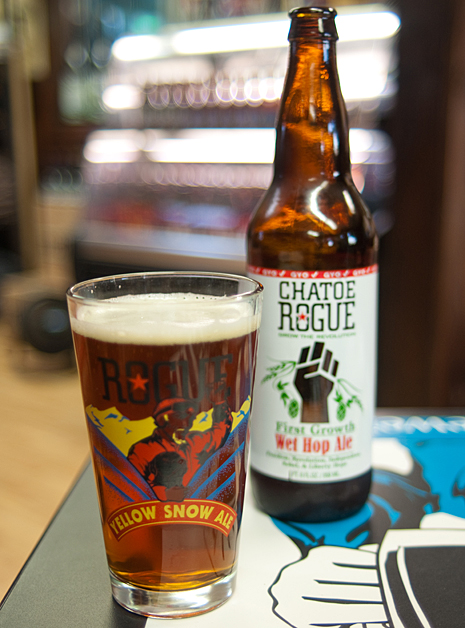 While hanging out at the beer garden I was able to try the Creek Ale which is a sour style ale brewed with Oregon grown cherries. The aroma was malty with some cherries towards the end. The flavor had a sour to sweet progression and finished with a cherry note. For a newbie to sour ales, the Creek Ale is very forgiving and doesn’t leave one running for a Pale Ale. 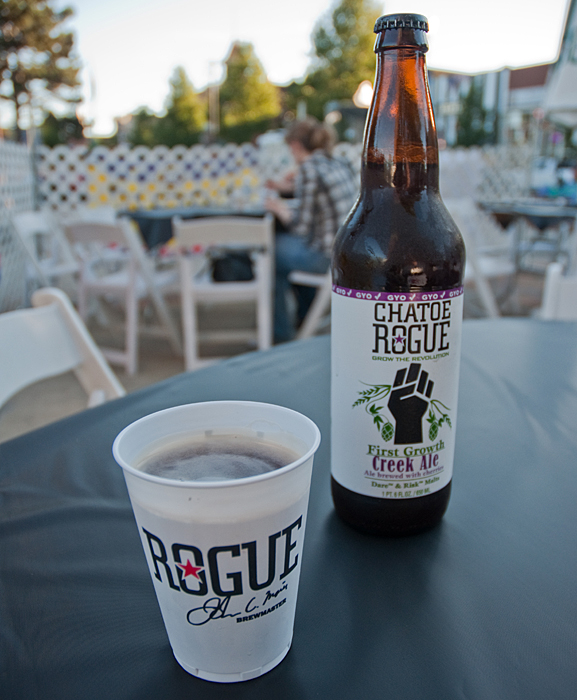 After sampling the Creek Ale and listening to a local school band, I headed for Chatoe Rogue and the main attraction: The Wet Hop Ale. Chatoe Rogue opened earlier this year and features a Bed & Breakfast (Hop n’ Bed), Tasting Room, and plans for their Farmstead Brewery here in 2011.  Construction is just beginning on the brewery, but it should be a unique place to stop and enjoy some beer in the Willamette Valley. 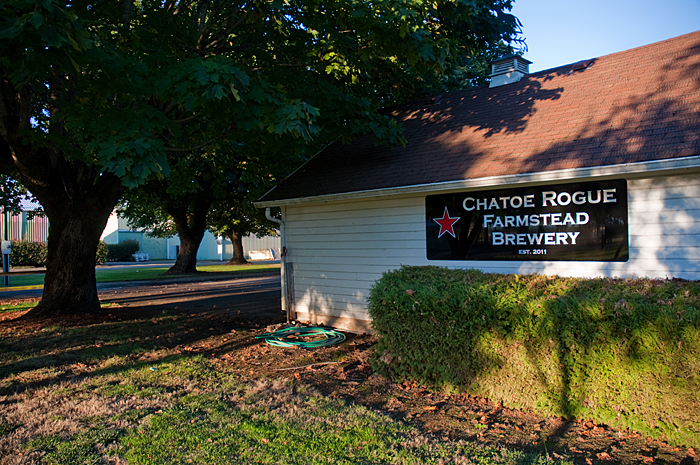 I walked into the tasting room and immediately was greeted by the staff and an offer to taste the Wet Hop Ale. I was surprised when I received my sample to smell almost no hop aroma. The beer had creamy mouthfeel that carried a delightfully earthy hop flavor across my tongue. The hoppiness was followed by both a slight citrus and honey flavor. A fresh hop beer really is a completely different experience from a dried hopped beer. With only a short window in which beers can be fresh hopped, it is also a limited experience. While trying the fresh hopped beer I spoke with Sarah Rehmann, manager of the tasting room, about the past, present and future of Chatoe Rogue. 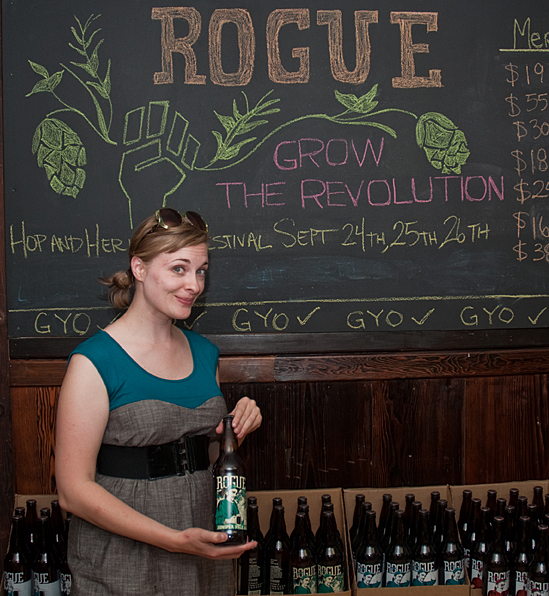 The original purpose of the hop farm was to allow Rogue to oversee the entire process from hop vine to glass (referred to as complete vertical integration), as a Rogue tagline says: “Saving the terroir of Oregon hops and barley, one acre at a time, by growing our own.” Recently however, it has become more about educating and connecting with the public. Tours of the farm and processing facilities are constantly available and the staff love to talk about the hops and ingredients that go into making a Rogue Ale. If it weren’t for the famous palate busting beers on hand and the down home hospitality I would feel like I was at a first rate vineyard. Although Sarah insisted that they aren’t trying to model Chatoe Rogue after a winery. 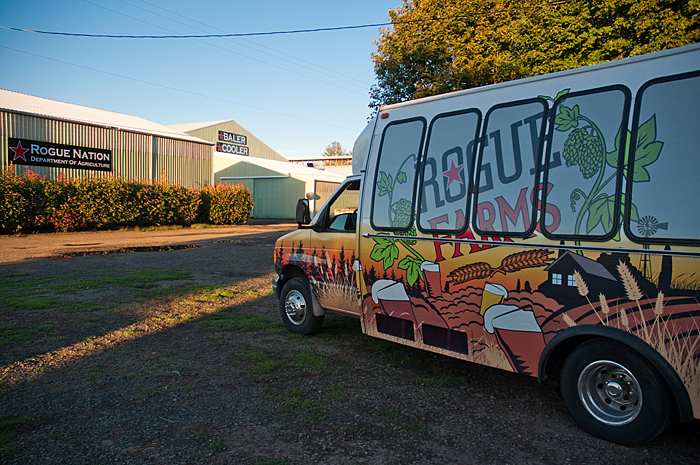 Chatoe Rogue is unparalleled in that you can experience good beer, meet passionate and friendly people, and see the raw ingredients that make great beer. With the festivities goings-on over weekend in Independence, it’s the perfect time to take in the Willamette Valley’s rich hop heritage. The Rogue beer garden was open from 11am – 10pm Saturday with shuttles to the hop farm hourly until 8pm. If you couldn’t make it out over the past weekend, Chatoe Rogue will have winter hours and will be open Friday, Saturday, and Sunday.