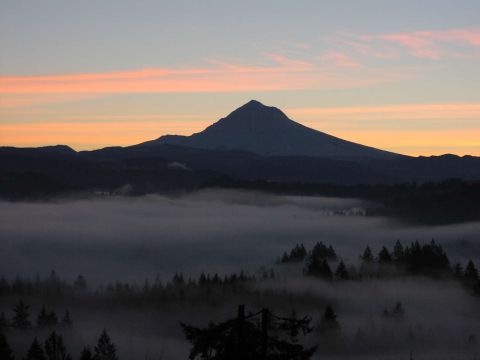 Sandy, Oregon rests at the serene foothills of Mount Hood and offers great views of Oregon’s largest peak. Recently some lovers of craft beer have revamped the offerings here in the town commonly known by locals as “Gateway to Mount Hood.”

For a short period beginning in 2005, family-owned Karlsson Brewing was an option for hand crafted brews in Sandy. The viking-themed brewpub located in the unsuspecting Industrial District seemed to be quite a hit with locals. Offering live music and a variety of house beers included their Sock Knocker Scotch Ale and the occasionally released, highly sought after Devil’s Backbone Bourbon barrel aged Imperial IPA, it seemed Karlsson brewing would only continue to succeed. Yet, despite all of this, the brewery closed its doors in October of 2008. Almost without a trace, the brewery and its beers disappeared.

For nearly two years, Sandy remained without a craft brewery. That is, until last month when Sandy River Brewery & Public House opened. We spoke with co-owner Trisha Danielson, who, with her husband Jim, were inspired by a visit to the Liberator Brewpub in Fairview 12 years ago. Says Trisha, “(Jim) fell in love with craft beer (at Liberator). I started going there as well and came to love a good beer. I had always wanted my own business and Jim thought he might like to try his hand at brewing. The results were phenomenal.” About seven years ago the Danielsons moved to Sandy with the intention of opening a brew pub of their own. “There were many hoops to jump through, but we finally got here” she says. “We currently have no kitchen and no brewery, but we opened on May 7, 2010. The kitchen should be done in a couple more months.”  Danielson anticipates the brewery to be operational in September 2010. “We will be operating a 3-barrel system. Once the brewery is up and running we will be taking over 10 of the 16 taps for our own brews.” Eventually the pub will feature eight standard brews (Golden, Amber, Brown, Porter, Stout, IPA, Hefewiezen, and Memorial Pale). The other two taps will be seasonal beers. Memorial Pale, Danielson says “will be a salute to those who have risked their lives to provide freedom for our wonderful country and way of life, we offer this special brew. One dollar from each Pale sold will go to local veterans groups as our humble way of taking care of those who take care of us.”  We can’t wait to check them out!

The following 16 beers are currently on tap at the public house:

In addition to the Sandy River Brewery & Public House, another hot spot for craft beer lovers recently opened in just down the street in Sandy. The Beer Den opened last month as well. Specializing in premium beers from around the world, founder Dennis Dries says he’s always been a beer guy and now he’s sharing his vision with his community. About 140 different beers are for sale by the bottle here. Dries says he looks to expand the shop and even include homebrewing supplies as well. He’s even entertaining the idea of housing food and taps at some point down the road. 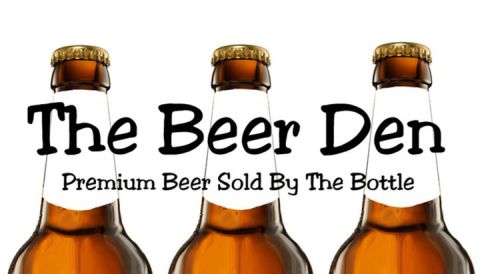 The Beer Den is open noon until 7 p.m. Tuesday through Saturday (closed Sunday and Monday) and is located at 38905 Proctor Boulevard, Sandy, Oregon.