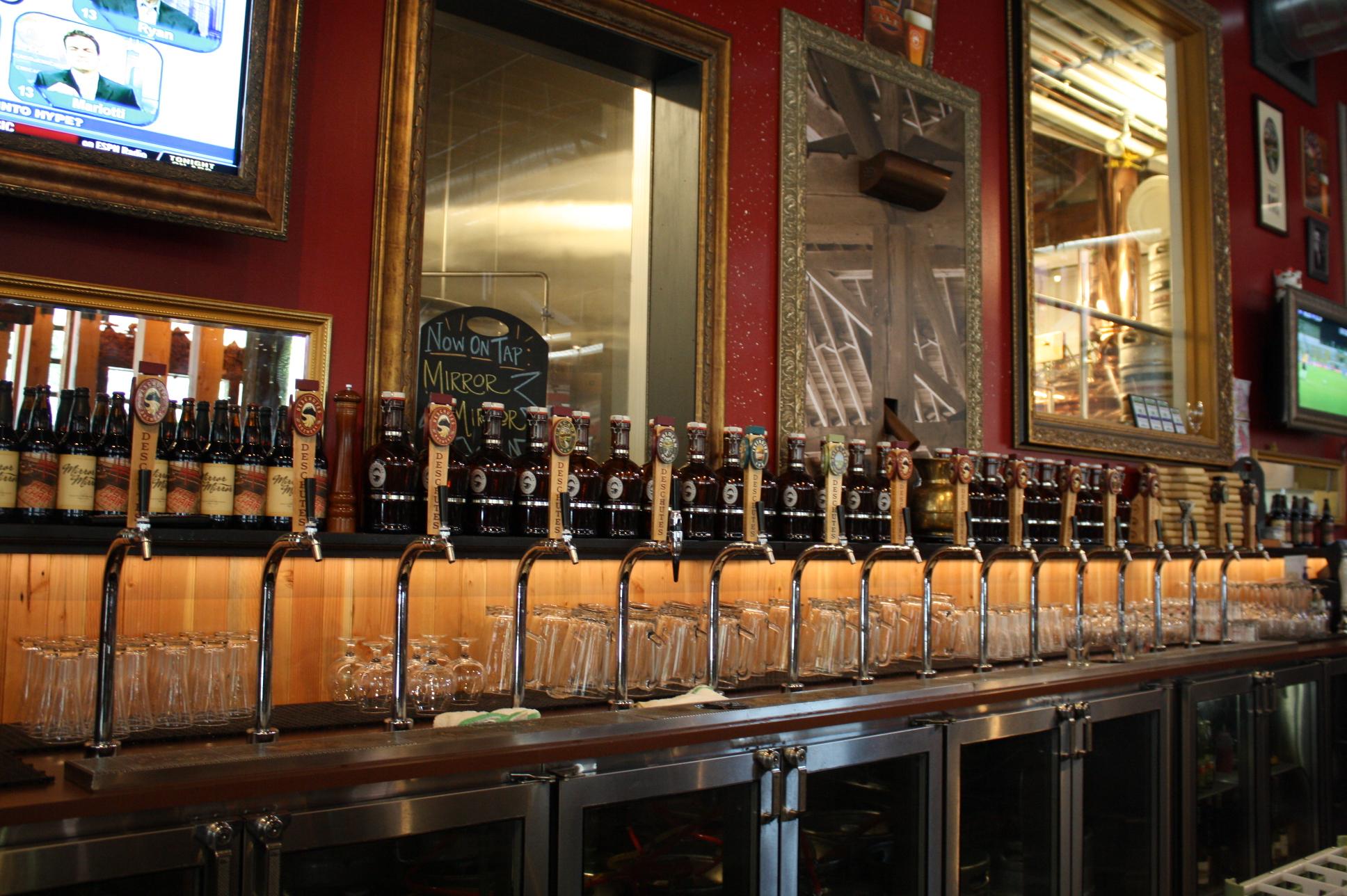 Anyone who knows me knows how much I love Deschutes Brewing Company. One testament to my adoration of the Oregon brewery is a framed Inversion IPA poster in my living room. Their Mirror Pond Pale Ale, Black Butte Porter, and Obsidian Stout were some of the first beers I took a shine to upon moving to Oregon more than eleven years ago. Usually you can find at least one brew from most any craft brewery’s line-up that will constitute as an above average pour, but with Deschutes, the great beers keep coming from the Twilight Ale all the way through to the Abyss Imperial Stout.

I’ve said this before and I’ll say it again, it’s easy to take living in the Portland, Oregon for granted. Especially with all the options and the vast array of styles that never cease to push the envelope of ingenuity and flavor. Deschutes is a fine example of how great Portland is. A three hour drive to Bend in Central Oregon was acceptable to get specialty Deschutes brews at the source. Now with the Portland brewpub in full swing, living in the Rose City is that much sweeter.

This past week, I enjoyed catching some of the NBA Finals on the flat screens behind the bar at Deschutes while testing my own free throw skills. This wasn’t with a basketball, but with coins from my pocket that they let you launch at a copper bucket  that feeds down though a pipe into a jug below.

For such a large brewery, Deschutes certainly hasn’t aban

doned the practices and atmosphere that got them where they are. Quality brews and a conscientious approach to their craft is evident not only in the stellar beers that are always on tap, but by the ambiance of the pubs themselves. The woodwork inside the Portland pub is mind blowing. The one-quarter of a block sized venue with great lighting  and high ceilings is just a wonderful place to be, especially when it’s not packed to the gills. This past Tuesday I went to Deschutes and enjoyed a quiet couple of beers, a Pilsner that melded Czech and German styles and a floral draught pour of their latest seasonal, the Red Chair IPA. Delish!

What to Expect: BBQ, Music & Brews
Davis Street will be blocked off for the event, which will feature an outdoor grill and live music from Deschutes Brewery staff band, Water & Bodies. Inside, bartenders will be pouring several specialty beers, available only at the Pub. Brewers will unveil Black Butte XXI, an imperial version of the brewery’s flagship Black Butte Porter.