Eugene, Oregon is home to many great breweries. Some of which folks in Portland don’t get the opportunity to sample unless we travel to Eugene. Steelhead Brewing is one such place. On a recent business trip to Eugene, I stopped by Steelhead to see what the seasonal line-up was like. I was pleasantly surprised to find six seasonals. I had the opportunity to try three of them.

Heat Miser – This beer was had a great malt backbone with a very floral hop bite. Not too over powering on the hops, just the right balance. A delightful winter warmer to enjoy with a meal.

Pumpkin Ale – I had a glass of this beer after dinner, as dessert, after trying a sample of it and the Chocolate Rain (I’ll get to that one in a minute). The Pumpkin Ale tasted like drinking a pumpkin pie on Thanksgiving Day. It somewhat reminded me of a toned down Southern Tier Pumking. While not a “big” or heavy brew, the flavor of pumpkin spices and pumpkins was huge in this beer. Amazing, if you like pumpkin ales. It truly is a dessert in a glass.

Chocolate Rain – Like the description says “Classic example of a robust porter”. I concur 100%! Nice and roasty upfront with an almost bitter dark chocolate flavor towards the end. A very easy drinking beer that would be perfect to enjoy on a brisk winter night in front of a fire when you want to have a few and not feel like you are having a few.

Steelhead also has California locations in Burlingame and Irvine.  The state-of-the-art brewery in Eugene features a 10-barrel-system that produces 130 barrels per month using a single step all grain infusion method. The location has a rich history of notable craft brew personalities such as the loveable Jamie Floyd, owner and founder of Ninkasi who developed the recipe for the still popular Hopasaurus Rex Imperial IPA. Also, Teri Fahrendorf, founder of the Pink Boots Society founder, road brewer, and the first female brewmaster West of the Rockie Mountains is a former brewmaster at the brewery. 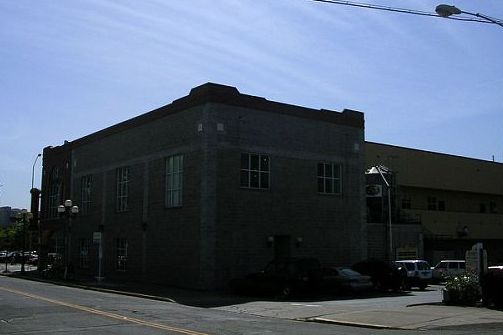