In this second part of two, Portland Beer and Music‘s Jason Wallace explores some of the breweries of Eastern Oregon. Check out Jason’s great website at: pdxbrewtunes.blogspot.com.

Mt. Emily Alehouse:  This brewery has been open in downtown La Grande since January of 2009.  Brewer Jerry Grant attended the UC Davis Master Brewer program and spent time at Shasta Brewing.  A 7 barrel system is in place.  On two visits I had a chance to try several beers.  Nothing was mind blowing in quality but most were serviceable examples of the style.  The house beer, The Big, is described as “…defies categorization, but we feel it resembles an old English ale with toasted caramel undertones crossed with the piney hoppyness of a West Coast IPA.” The Big was my favorite and was more towards the English ale in that it had a strong malt profile with some caramel flavors. It only hinted at underlying hops.  I have to give Mt. Emily Alehouse props for having the bar staffed by a knowledgable bartender who obviously had an interest in craft beer and made my visits much more enjoyable. 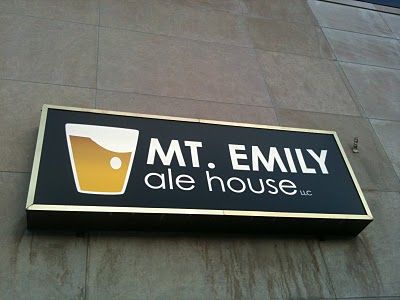 Mutiny Brewing:  Situated in the beautiful town of Joseph, Oregon, between Lake Wallowa and Enterprise, Mutiny Brewing just released their first beer a few weeks ago after spending over a year getting the restaurant side of the brewpub up and running.  Brewer Kari Gjerdingen first got into commercial brewing in her home state of Indiana, attended the brewing course at UC Davis and ended up brewing at Terminal Gravity. She fell in love the Enterprise/Joseph area (I can see why – beautiful country and great people) and looked to open her own brewery.  I drove in on a Saturday after seeing a facebook post announcing the release of their first beer.  Unfortunately, the release date had been pushed back a few days.  Kari was kind enough to drop what she was doing and offer me a couple of tastes of the first two beers from the tanks.  Kari has a small 4-barrel system running.  Both beers I tried were very good.  The nearly complete wheat beer had great depth of flavor with strong citrus flavors and a hint of chamomile.  The porter had only spent a week or so in the tank but still threw out some great chocolate notes.  Both beers have since been released to the public and I believe the wheat beer is running out soon. 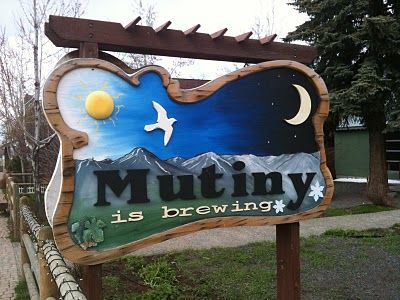 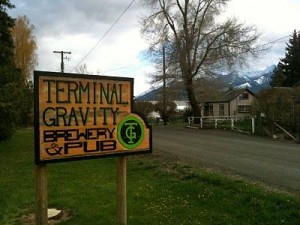 Terminal Gravity Brewing:  My first visit to TG in Enterprise was great.  I mentioned in a recent post that I hope for two things when visiting breweries with larger distribution such as TG:  the opportunity to try beers that might not make it out of the brewery and a chance to enjoy the ambiance of the taproom/brewpub.  TG hit it on both accounts.  The taplist had all the standards plus two single hopped double IPAs (Centennial and Millenium hops), a barleywine, and a just blown CDA.  The ladies working the bar were knowledgeable and friendly, as were the locals.  The little house the brewpub sits in surrounded by mountains and the food is good.  What is not to like?  Can we move it closer to Portland please? 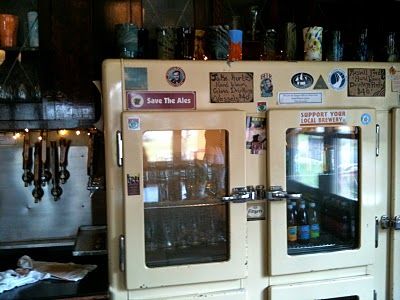 Barley Brown’s Brewpub:  My final trip was one of my most anticipated and disappointing.  Barley Brown’s is in the small town of Baker City in far Eastern Oregon.  They have been increasing their distribution to Portland and all of the beers I had been lucky enough to try had been excellent.  The brewpub sits on the small main street and obviously serves as one of the gathering places for the locals, which is great.  The beer was not disa
ppointing.  In fact, the Tankslapper Double IPA was probably the best single beer I had during the two weeks – a potent, floral hop bomb of goodness.  The problem was the brewery took a back seat to the restaurant.  There was not a single person working the floor or the bar who knew anything about the beer or brewing process.  I left knowing no more about the brewery than when I arrived.  Owner Tyler Brown was kind enough to respond to my blog post and apologize for my experience.  Hopefully, I will make a return trip soon.     As you can see, what once may have been considered a barren stretch of Southern Washington and Northern Oregon in the craft beer world is now ripe with options for good brews.  I didn’t even mention the breweries in and around Walla Walla.  As you make your summer travel plans, I hope my reviews will help you quench your thirst if you find yourself near one of these breweries.  Hell, even if you find yourself stuck at the Wild Horse Casino just outside of Pendleton they have $3 pints of Ninkasi Tricerahops!  Good luck.