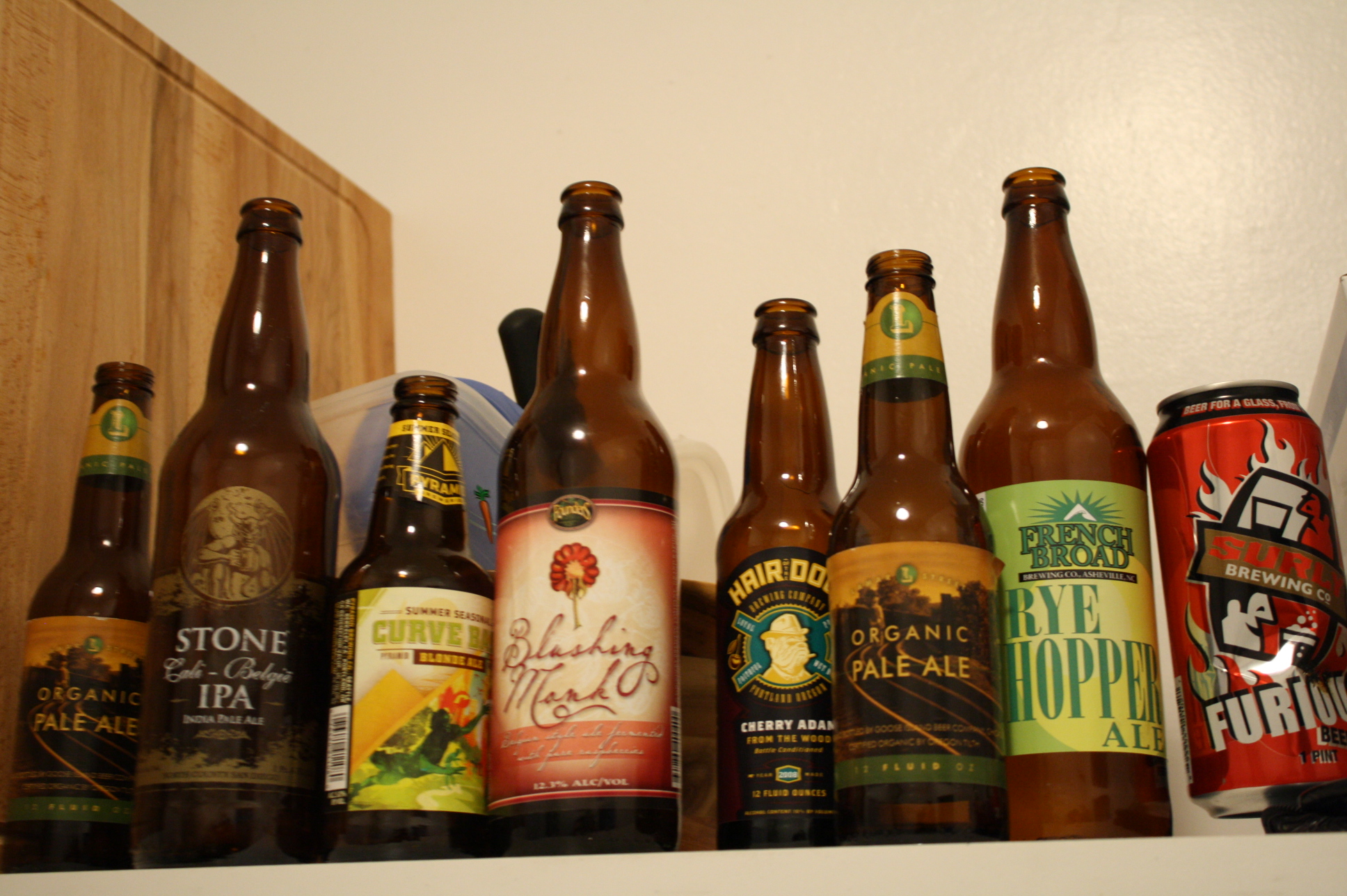 It was a hazy, muggy weekend with weather the garden enjoyed. On Friday, after work, a trip over to New Old Lompoc’s 5th Quadrant revealed some delicious brews and the expansion of the brewery in the back. Equipped with only a cheap cellphone camera, I was able to capture this magnificent photo of Brian Keilty. Lots were going on at 5Q including the Green Bottling crew putting limited bottles of the Heaven’s Helles beer into 22-ouncers.

On Tuesday, the brewery will feature a soft opening with barrel-aged brews and special reserve series treats. We are quite enthused about the expansion of the new New Old Lompoc space at the corner of North Williams and Failing. At the bar we enjoyed bold glasses of the Le Chat Noir (also featured at Portland’s Cheers to Belgian Beers) and a robust and tangy Belgian stout wittily dubbed the Bussells Stout. Simple marvelous!

Next, we headed to NE Alberta Street to investigate a new African fusion restaurant called Enjoji where great portions of Ethiopian cuisine alongside a selection of about five different Ethiopian bottled brews were available. Per the suggestion of the amiable server, I went for a bottle of Bedele Special, a summer wheaten brew with a mild citrus character.

After this adventure, we found ourselfves next door at Saraveza for their typically divine selection of mouthwatering brews. Deschutes’ Black Pearl, a roasty dark ale with a moderate 5% alcohol content hit the spot. Couldn’t stop there. Had to opt for a goblet of New Belgium’s La Folie, a piquant and puckering brown ale. To conclude our wonderful experience, we went for the gusto and popped a bottle of Mikkeller’s Beer Geek Brunch Weasel. Later, I found out that the beer got the name “Weasel” from the Civet cat who eats coffee beans and poops them out. The partially digested java is cleaned and roasted and made into a sort of delicacy, hence the hefty $20 a bottle price tag. Now that’s some good shit! 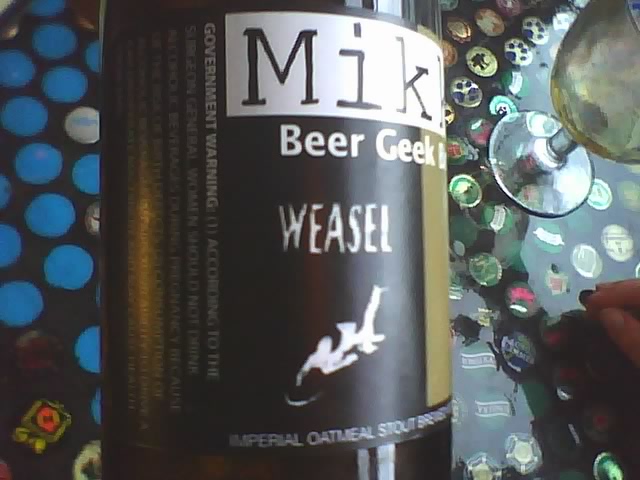 On Saturday, nice weather early on suggested that a brew in Amnesia‘s beer garden was a wise decision. A decadently spiced Double Dry-hopped Desolation IPA was sampled side by side with Amnesia’s regular Desolation. The DDD was considerably cloudier than the original and packed quite a bit more of a punch. After Amnesia, I forget what happened. Just kidding. We went over to Laurelwood‘s brewpub on NE 51st and Sandy Boulevard. There, we enjoyed breezy moderate spring weather from the open-aired rooftop patio. The Bottled Blonde was a session-worthy, light and summery ale with a great hops tinge. We also enjoyed pints of the Hooligan Brown Ale, one of Oregon’s finest bruins, and the Lucky 7 IPA, a clean and crisp India Pale that featured seven different hops varietals. 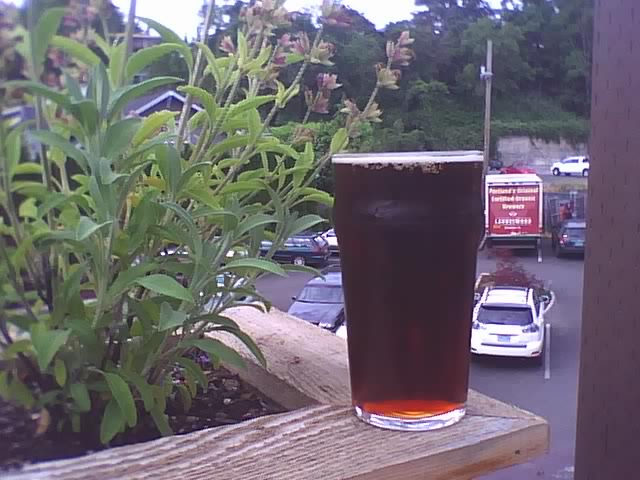 On this beery day, we were in need of getting a taste of Rogue’s John John Dead Guy so we headed over to the Horse Brass Pub. As previously mentioned, this beer is a limited release Dead Guy Maibock ale aged in Rogue’s Dead Guy Whiskey. Sweet, ferocious, but not unapproachable, the John John was also the brew we noticed Don Younger quaffing at the bar. At the Brass, the 2009 Correction Ale from Lagunitas tantalized the palate in much the same way that Pliny the Elder does. This distinctively aromatic West Coast IPA that isn’t trying to be an IPA is an amazing deal in bottle for around $4, and to get an imperial of it at the pub is off the hook.

Our night cap for this Saturday was a special 750 ML bottle of Victory Wild Devil. We brought this big boy back from our trip to Chicago and loved partaking in its meld of complexity and drinkability. A tart and hoppy rendition of the brewery’s Hop Devil the wild yeastiness of this beer brought a smile to our taste buds’ faces. 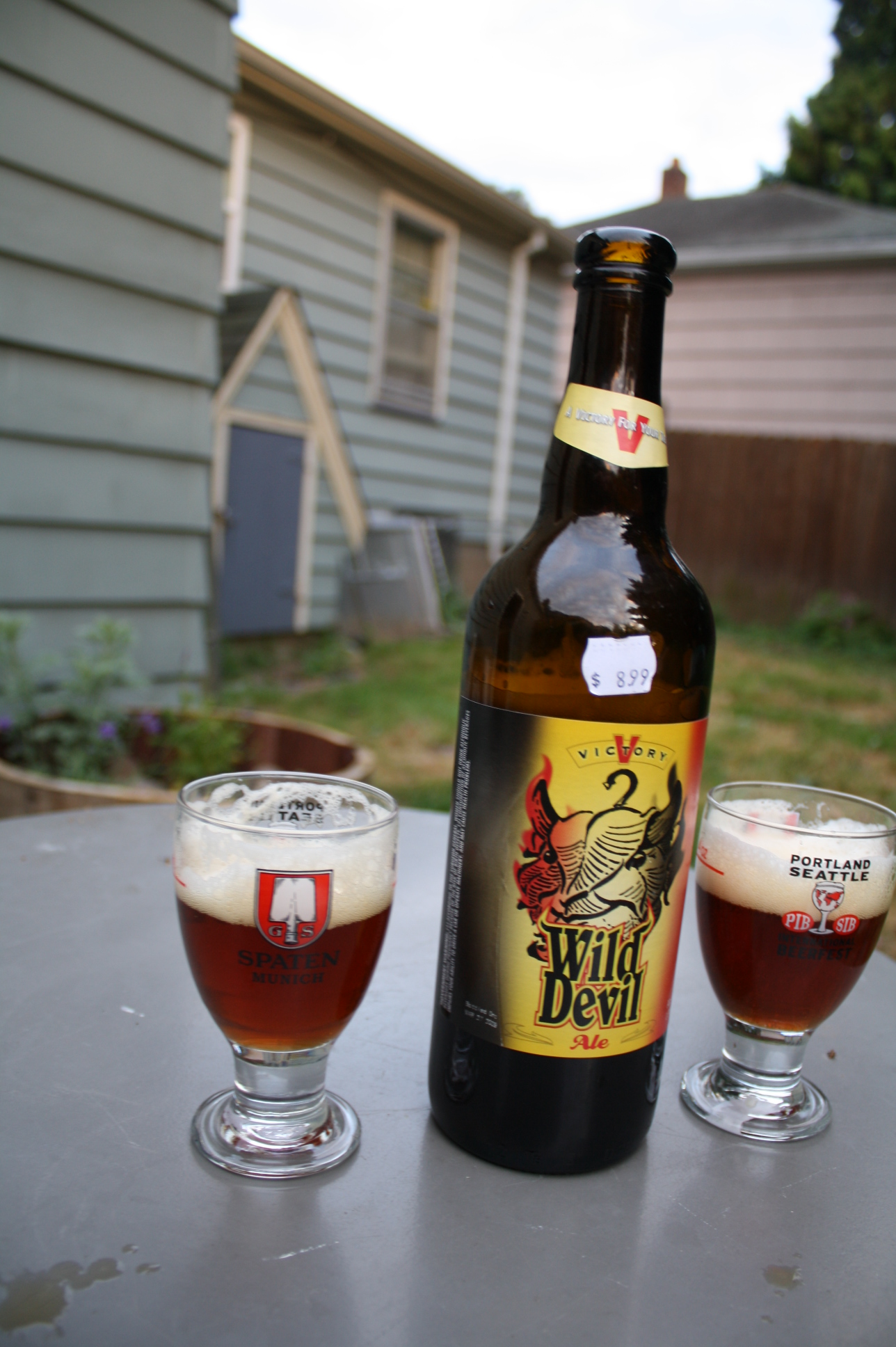 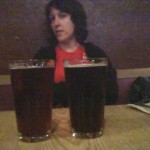 Sunday was a day that involved yardwork, painting our kitchen, and a bit of frisbee golf at Pier Park. After winding down our weekend, we had dinner and pints at Proper Eats in St. Johns. Happy to find two amber ales of quality in Ninkasi’s Believer and Fishtale’s Amber, we were a bit bummed to realize the taplines in this place hadn’t seen a good cleaning probably ever. Lots of off flavors, but hey, that’s life. Now it’s back to another week doing what we do and dreaming about next weekend’s assortment of asskickin’ brews. 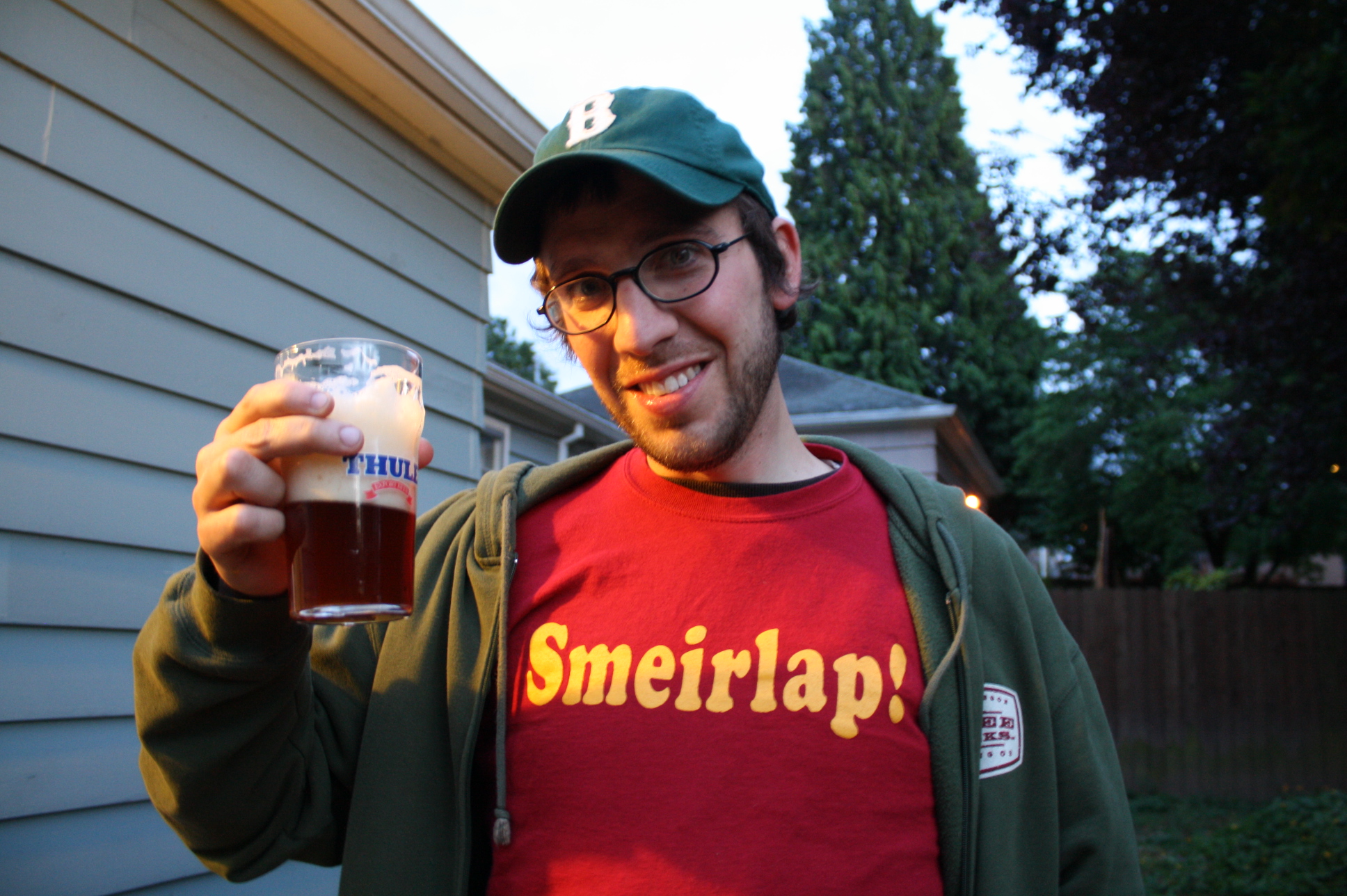