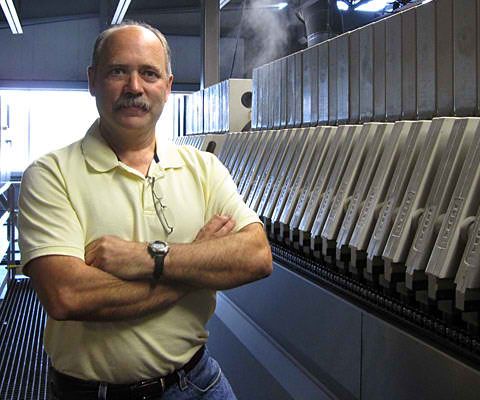 Brewery Invites you to Meet the Brewmaster and the Beer

“Given the opportunity to contribute to Full Sail’s line of Brewer’s Share beers this summer (and myfamily’s Bohemian roots) my decision to brew a Bohemian Pilsner was a natural choice. Bohemians, have a long, proud brewing heritage dating back to the 13th century; ample time to perfect their craft. This is evident in their signature beer style, Pilsner, first rolled out in the mid 1800s and widely emulated since then. I’ve joined the fray with Jimvar. Included in your summertime pursuits, may this beer provide as much enjoyment to you as I had brewing it,” said Kelter.

With each Brewer’s Share series beer, Full Sail picks a local charity to receive a portion of the proceeds from the sale of the beer. Jim has chosen to support the FISH Food Bank, and every keg of Jimvar benefits this volunteer organization. Their mission is to help alleviate hunger by distributing food regularly and on an emergency basis, regardless of gender, race, religion, or sexual orientation and in a friendly, instant, sympathetic, helpful, nonjudgmental and confidential manner.

The Brewer’s Share series is a line-up of small batch draft beers where each Full Sailor takes a turn hand-crafting their own single batch recipe and a portion of the proceeds benefit a local charity of their choosing. Full Sail’s Brewer’s Share beers will only be available on tap at Full Sail’s Tasting Room and Pub in Hood River, Oregon, and at Full Sail’s Brewery at Riverplace, in Portland, Oregon. Growlers to go are available. Jimvar will also be featured at the Oregon Craft Beer Month Kick Off Dinner and Beer Tasting on July 1 at Jeld-Wen Field in Portland, Oregon and at the Oregon Brewer’s Festival at Tom McCall Waterfront Park July 27 – 30th. The next Brewer’s Share will be brewed by Brewer Dan Peterson and is expected in late Mid September.