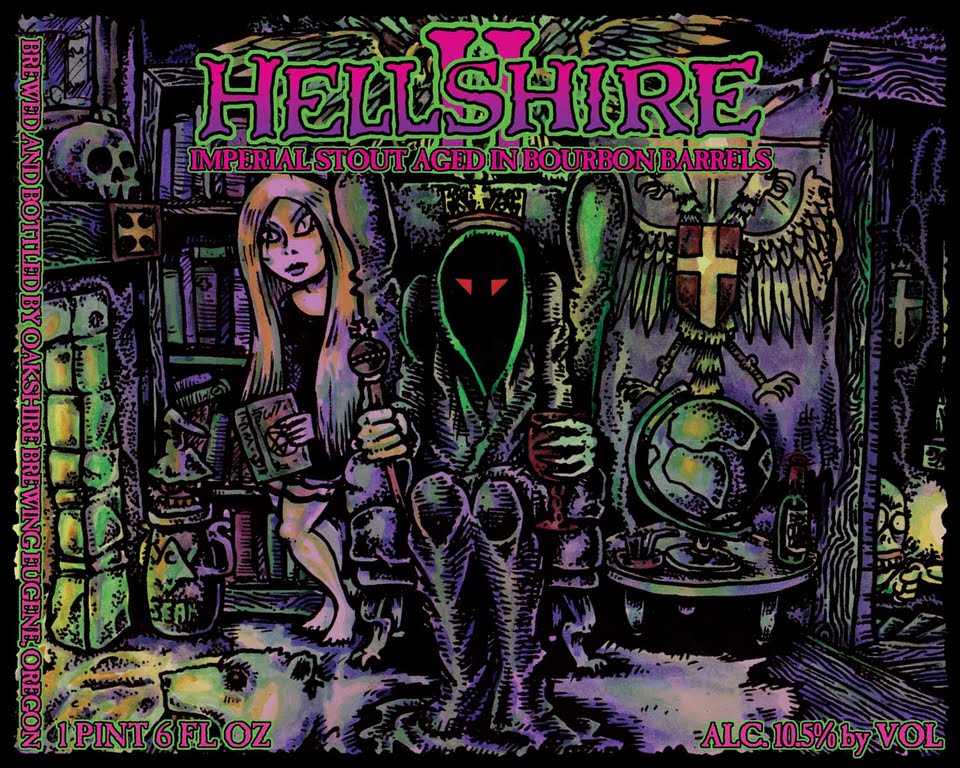 After much hullabaloo surrounding Oakshire Brewing‘s first limited barrel-aged bottle release, a bourbon barrel-aged barleywine known as Hellshire I, the brewery returns with another big and bold 22-ounce release. Welcome in Hellshire II, a hearty 10.5% imperial stout that spent more than half a year in Buffalo Trace and Heaven Hill casks. On November 12, 2011 at noon, the Eugene brewery will initiate sales of this promising beast in their newly remodeled tasting room. Here’s more details from a press release sent to us from brewmaster Matt Van Wyk: 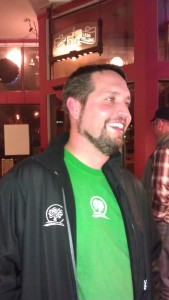 Oakshire Brewing Company of Eugene, Oregon will release its second Barrel Aged Beer under the label Hellshire on Saturday November 12th. Sales of the beer begin at noon at the brewery in their newly remodeled tasting room and will end at 4PM. The second beer in the Hellshire series is an Imperial Stout that was 100% aged in Buffalo Trace and Heaven Hill Bourbon Barrels for 7 months. Notes of vanilla, coconut, oak and bourbon intertwine with the beer’s complex chocolate and roasted coffee character, making for a contemplative beer meant for enjoying now, or aging for months or years. It is 10.5% alcohol by volume and sold in 22 ounce wax dipped bottles.

“The Hellshire Beers have been well received and we are excited to bring the second beer in the series,” explains Brewmaster Matt Van Wyk. “The artwork that local artist Sean Aaberg is creating along with these special complex aged beers makes for a great experience.”

According to Jeff Althouse, Co-Founder of Oakshire brewing, “We believe in the artistry of craft beer and I’ve assembled a great team of brewers who are able to highlight their creative and technical skills through our Hellshire program. Led by Brewmaster Matt Van Wyk, I feel our barrel aged program will become equally as popular as our Single Batch Series and our Seasonal and Year-Round Beers.

Hellshire II: Imperial Stout aged in Bourbon Barrels will be released during Saturday dock sale hours, Noon to 4PM. All of Oakshire’s beers will be sampled and pints, growlers, and kegs will be available for purchase. 22 ounce, wax dipped bottles of this special beer will sell for $15 and supplies are limited to roughly 90 cases to sell on the dock. Local live music, and an assortment of food items will also be present at the release party.

About Oakshire Brewing Company: Oakshire Brewing Company of Eugene, OR was founded in October 2006 by Native Oregonian brothers Jeff and Chris Althouse. With the goals of brewing the highest quality artisan beer and providing the highest level of service to their customers, Oakshire has become recognized for consistently brewing fresh, unique and delicious beers in relatively small batches. Oakshire’s website is http://oakbrew.com and they also offer brewery tours and beer tasting at their brewery every Saturday from 12-4pm. The brewery is located at 1055 Madera Street in Eugene. They can be reached at info@oakbrew.com or at (541) 688-4555