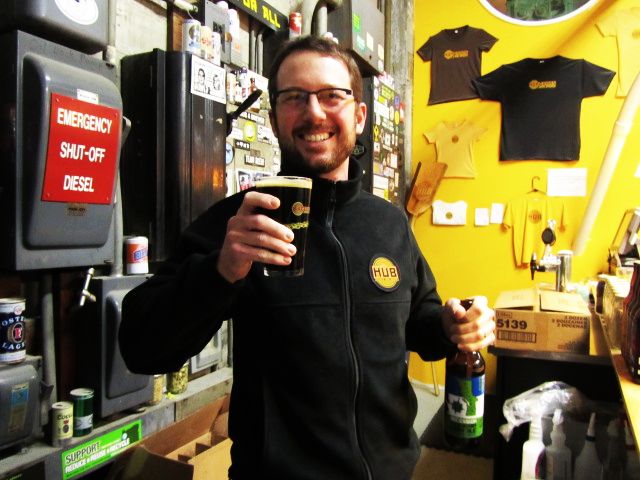 Yet another Reason to Secede: HUB’s Successful Secession 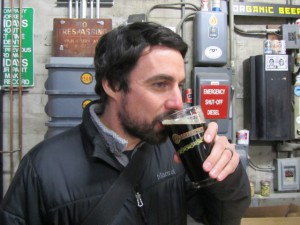 Portland’s Hopworks Urban Brewery (HUB) provides yet another reason for Cascadia to secede and form our own sustainable nation, with the People’s Brewpublic of Beervana as its cultural capital. We’re all for the formation of Brewpublics, so any reason is good reason in our book. Cascadia (loosely defined by the majestic peaks of the Cascade Range which barrel through Oregon, Washington, British Columbia, lower Alaska, a little Idaho and maybe a little California) has its own beer style – the Cascadian Dark Ale, also known as a Black IPA. Much has been said here at Brewpublic about this new style, so we won’t belabor the basics. We will say that HUB’s 2011 Cascadian Dark Ale is one of the top entries of this variety. With the inclusion of Magnum, Cascade, Amarillo, Simcoe, and Mt Hood hops, the hop character is balanced and does not appear as excessively spiced as many other CDA’s or Northwest  IPA’s. The HUB Secession has a refreshing and piquant bitterness at 70 IBU. The organic Pilsner, C60, Chocolate, and Black malts give this brew it deep dark color and a rich, complex malt character. 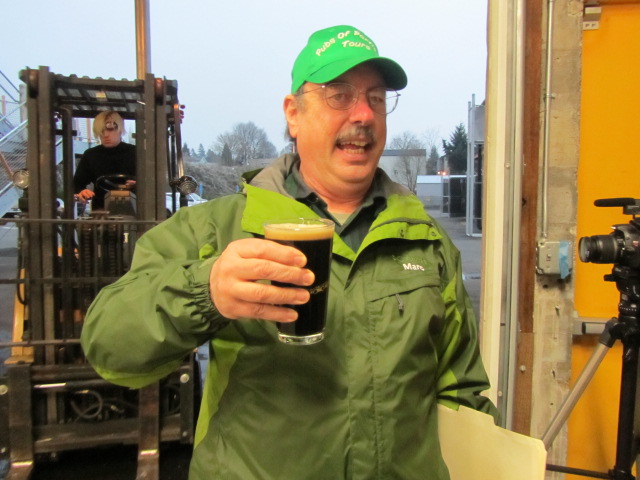 Kudos to HUB for using the CDA name this year. Last year’s Secession was dubbed a Black IPA. HUB’s Christian Ettinger says HUB went with the Black IPA name last year due to the new style and an uneducated market. They chose to initially introduce craft beer lovers on the newish style with the association of  the best selling style in the Northwest (IPA). Ettinger says his brewery changed the name to Secession “Cascadian Dark Ale” this year because craft beer drinkers are now more familiar with and enlightened to the emerging style that was, in 2010, added to the Brewers Association beer style guidelines. Now many regional craft beer lovers will be toasting HUB’s choice to secede from the mainstream and stand behind this unique Cascadian name. 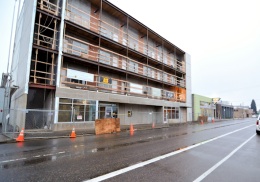 It’s now official, Hopworks is expanding to a second location in Portland, Oregon, to be dubbed the “Bike Bar.”  The new bar and restaurant will be in an eco-friendly mixed-use commercial/residential building on North Williams Avenue near Shaver. North Williams is often referred to as “bikers highway” due to the more than 3000 commuters passing through daily. Stretches of North Williams, such as the blocks surrounding New Old Lompoc’s 5th Quadrant, have seen rapid commercial growth, gentrification, and growing pains but continues to remain vibrant. Ettinger says the new spot will have a similar family-friendly atmosphere to their Powell flagship, but the overall footprint and capacity will be smaller, and the new spot will have some unique bike-centric characteristics. There are plans for two outdoor seating areas: long outdoor bars on Williams where patrons can belly up with a brew and watch bikers dodge the buses crossing over the  bike lanes to get to their stops as well as other eye candy. Like Hopworks’ Powell Boulevard location, the new location will be family friendly, with kid play areas and minors allowed throughout most of the establishment. Cyclists will be able to virtually bike up to the bar and even order some “bike friendly to-go food,” Ettinger says. Biking to Hopworks will be the preferred way to go, not only because of the lovely wide bike lanes on Bike Highway, but because the new Hopworks restaurant will have 50 bike parking spots and absolutely zero dedicated car spaces. Expect to see plenty of gear heads about, either admiring the patio canopy framed by custom built bike frames, or from students on break from the Portland campus of the legendary United Bicycle Institute (from which this writer is a proud alumnus) which will share a wall with the Bike Bar. The building Hopworks will occupy is a ZeroNet Energy Project, which means it’s striving for the lofty and admirable goal of using no more energy than it produces and having a carbon footprint of zero. They will try and accomplish this through Photovoltaic (solar energy) panels on the roof and other green amenities to which HUB will no doubt contribute. 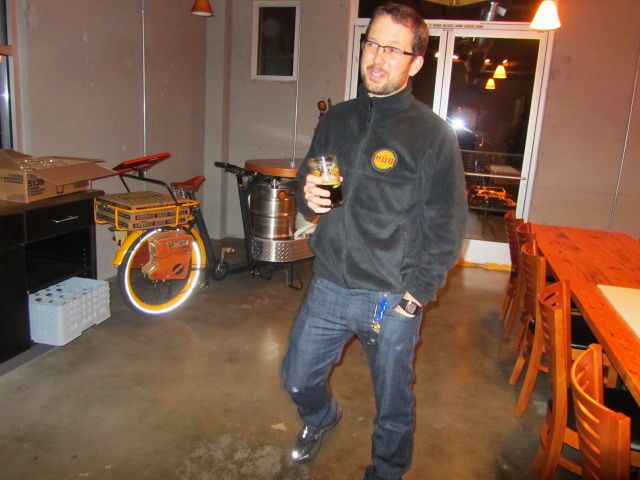 The pending movement of the Powell brewery refrigeration area will open up more space which Ettinger predicted will likely include more room for barrel aging brews. More barrel aged brews in addition to their recently setup nano brewing system will mean a lot more creative and experimental beers to try at Powell and the new Bike Bar. Hopworks is also ready to formally open a new 50 – 80 seat banquet room with indoor and patio seating at their Powell location.

Ettinger also informed us that Hopworks will be adding three more 40 barrel fermenters to the Powell brewhouse which produced about 6,400 barrels of beer in 2010 (up from about 4,400 in ’09 and about 3,000 in ’08). He says that HUB anticipates putting out around 12,000 barrels of its product in 2011. The added growth which will also include five 80 barrel tanks is necessary. “We would soon exhaust our current capacity otherwise” says Ettinger.