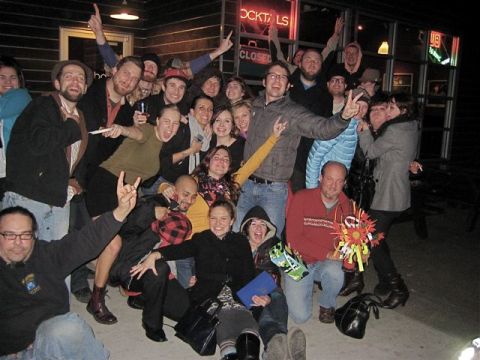 It’s hard to believe Hopworks Urban Brewery has turned two years old. On one hand, it seems like they’ve been around for quite some time, as a staple in the Southeast Portland neighborhood. Perhaps it is their quality and style that we have familiarized ourselves with over the years from when brewmaster Christian Ettinger was producing his award winning beers at Laurelwood Brewing Company across town. Further, the other talented brewers like Ben Love, formerly of Pacific City Brewing at Pelican and Jaime Rodriguez of other well-known area breweries like Fanno Creek have been providing for us a wealth of examples of Northwest beer styles. On the other had, Hopworks seems too young to be as accomplished as it has become. With a variety of beer styles ranging from their flagship IPA to a world class Seven Grain Survivial Stout, Hopworks has identified themselves with flavorsome rich beers. Further Hopworks’ certified organic, ecologically aware, and family-centric business model has carved our a niche for a sustainably minded culture here in Oregon.

In their first two years of operation, Hopworks has grown considerably. From their start, they’ve increased from 45 employees to today having 70. Further, founder Christian Ettinger states:

“The brewery produced more than 1.1 million pints of beer in 2009 and debuted some fantastic new seasonals, leading to 2 Gold Medals for Organic Ace of Spades Imperial IPA and Organic Rise Up Red at the Great American Beer Fest. 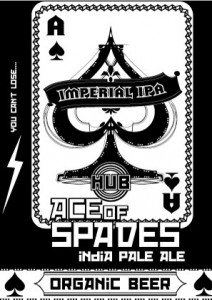 “To accommodate the growth in our brewery, we’ve added two new fermenters allow us to bring tasty organic beer to thirsty souls throughout Oregon, Washington and soon British Columbia. And we couldn’t have done any of this without your support.

“This year also saw the launch of our first BiKETOBEERFEST, with 3,200 attendees on bikes enjoying fresh hop beers, bike builders, live music, performers and the one and only Hopworks/Metrofiets Barbike. BiKETOBEERFEST will return to Hopworks on August 28, so mark your calendars now.

“Bring the family, gather your friends and help us celebrate the end of our second year and ring in a third of proudly serving some of the tastiest organic beer in town!”

So today, Wednesday March 24, 2010, Hopworks is celebrating their two years of fine brewing at the pub with $2 beers and happy hour prices all day long. In addition all their merchandise is for sale at a 20% discount.

Stop by and wish them a happy 2!