Sometimes we can forget how freakin’ cool it is to have a Deschutes Brewpub in downtown Portland. Not long ago, you’d have to make the three hour trek out to Bend to get your paws on some of the exclusives that are now just a hop, skip, and a jump away. Even better, too, is that now that there are more locations, this means more tasty one-off Deschutes’ brews in general.

This week, as usual, we rolled into Deschutes Portland and were gladdened by the presence of some interesting new brews. 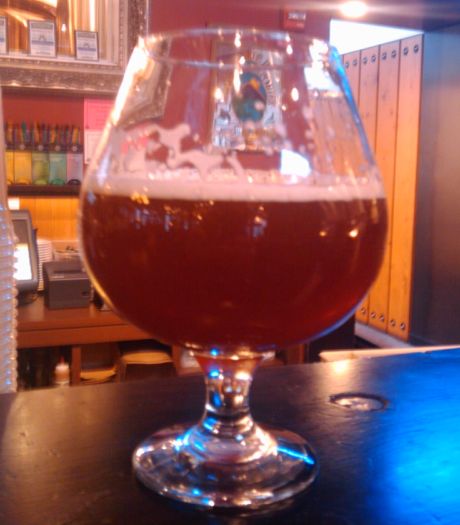 This sour blend may have needed some time to breathe. We found it to be a little overpowering on the nose with boozy notes. The malt sweetness of the quad was fairly cutting as well. Fans of sours definitely need to pay this a visit while they can, especially those who like the sweet-sour quality of Duchess de Bourgogne. From what we gathered, Deschutes brewer Cam O’Connor had his hands full with the intensity of these distinctly complex beer styles. We give him mega points for his efforts. Perhaps today we will pay another visit for a second impression. That and a taste of some of his other adventurous brews, like one an experimental Hop Henge 7, the one that won best beer at Concordia’s Beer Brawl II this year in a blind tasting. Or perhaps,one of their ever-changing experimental hop brews, like last week’s Fresh Squeezed IPA, or this week’s favorite, the Herkules IPA.