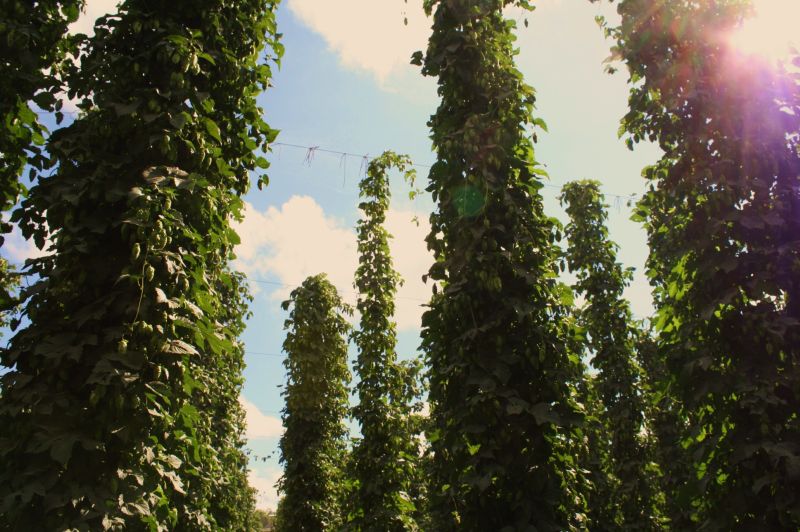 Just when you thought the craft beer life would calm down, in just a blink of an eye, Oregon Craft Beer Month has slipped into harvest season. With less than a month left of summer, 2010 has been a mildly comfortable season for most folks in the Willamette Valley, the nation’s second largest hop growing area specific to the greater Cascadian region where approximately 30% of the world’s hop supply comes from. Washington State’s Yakima Valley to the north accounts for around 75% of the nation’s hop rations. The Willamette Valley boasts 15%. Before the turn of the 20th Century, the Willamette held a stronghold on hop production, but modern agricultural practices, especially irrigation techniques have aided in Yakima’s rise. 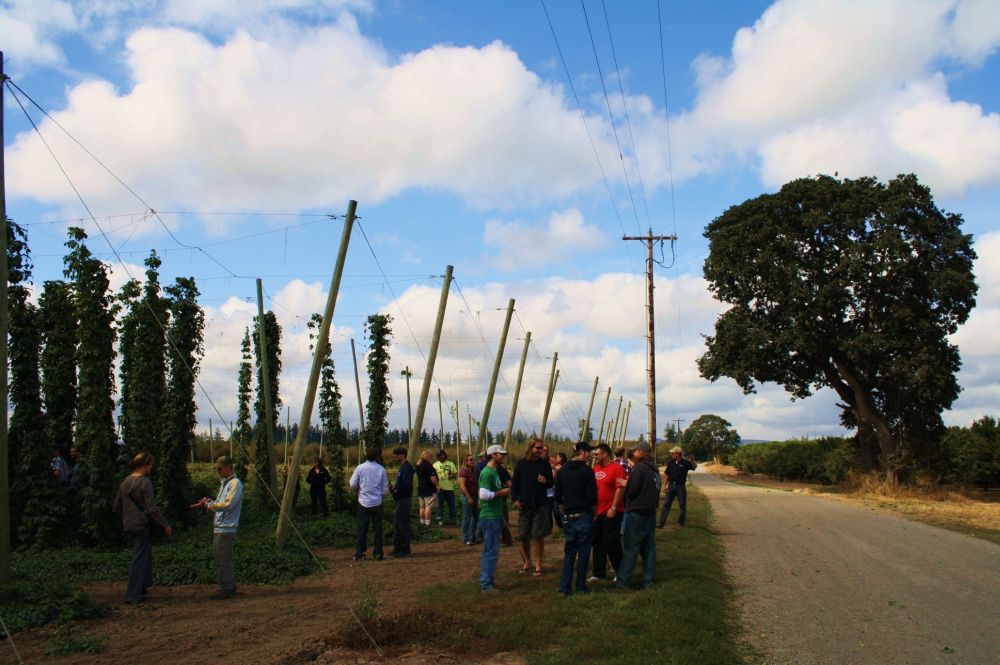 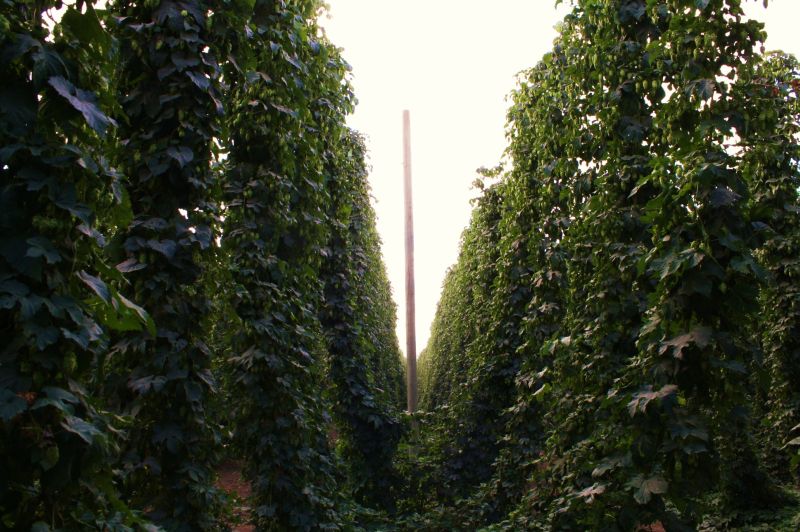 Still, there is no where like Portland, Oregon, which is unique in its close proximity to bountiful hopyards. Where Seattlites find themselves more than two hours from the vast humulus lupulus orchards of Yakima Valley, Portland aka Beervana rests less than an hour from places like Mt. Angel, Woodburn, and Hopmere. The latter destination is the home of Sodbuster Farms, run by Doug Weathers and his skilled crew. Full Sail Brewing generously organized a tour of the farm for roughly forty lucky people from the craft beer industry including many pub owners, bartenders, and media. The trip was replete with provisions of Full Sail’s Session, Black Session, IPA, and Pale Ale. 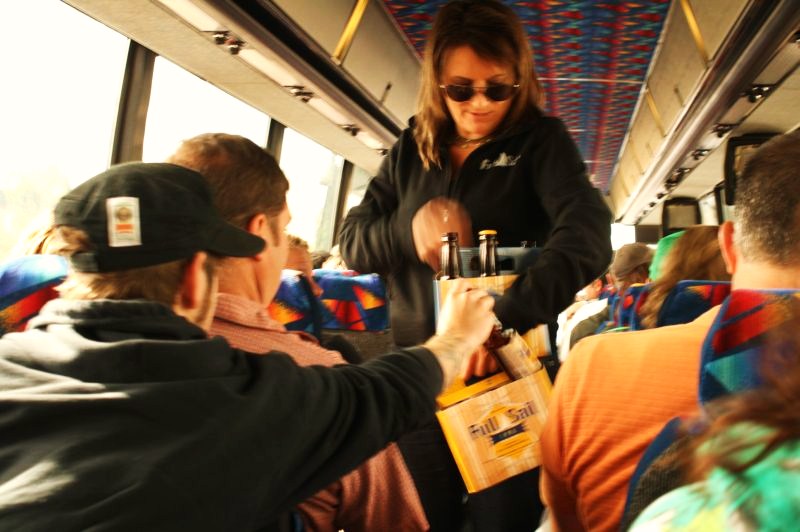 The tour started in the hopyard where we were able to witness firsthand the felling of the mighty hop bines that grew up substrates almost twenty feet to the summer sunshine. Weathers reported that 2010’s harvest was  not on par with last year’s bountiful yield due to a late start to summer and cooler weather. Still, the dank fields of Magnum hops we watched being harvested were plump and resinous. According to Weathers, these cones possessed about 18% alpha acidity, which is on the high end for most hops. 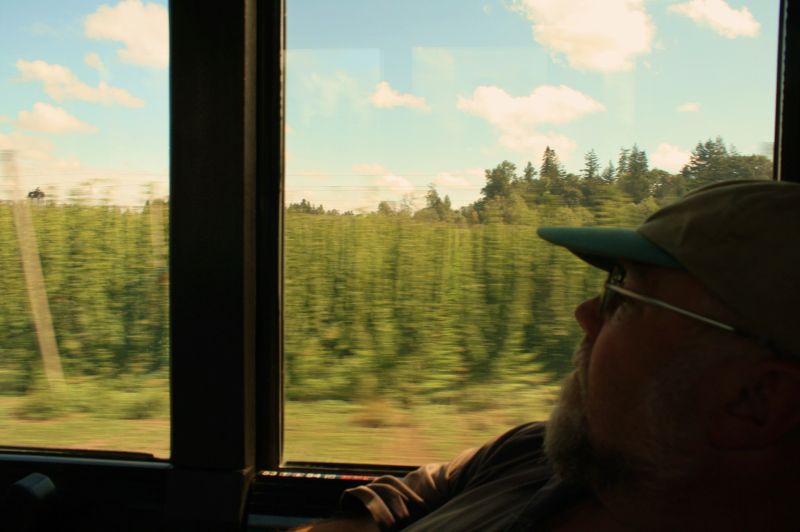 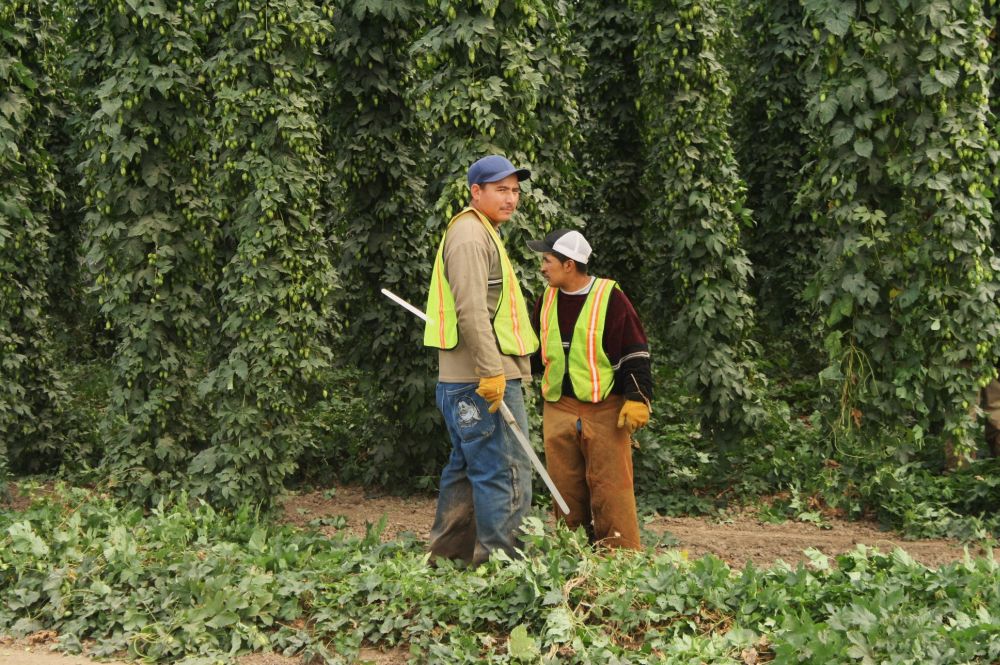 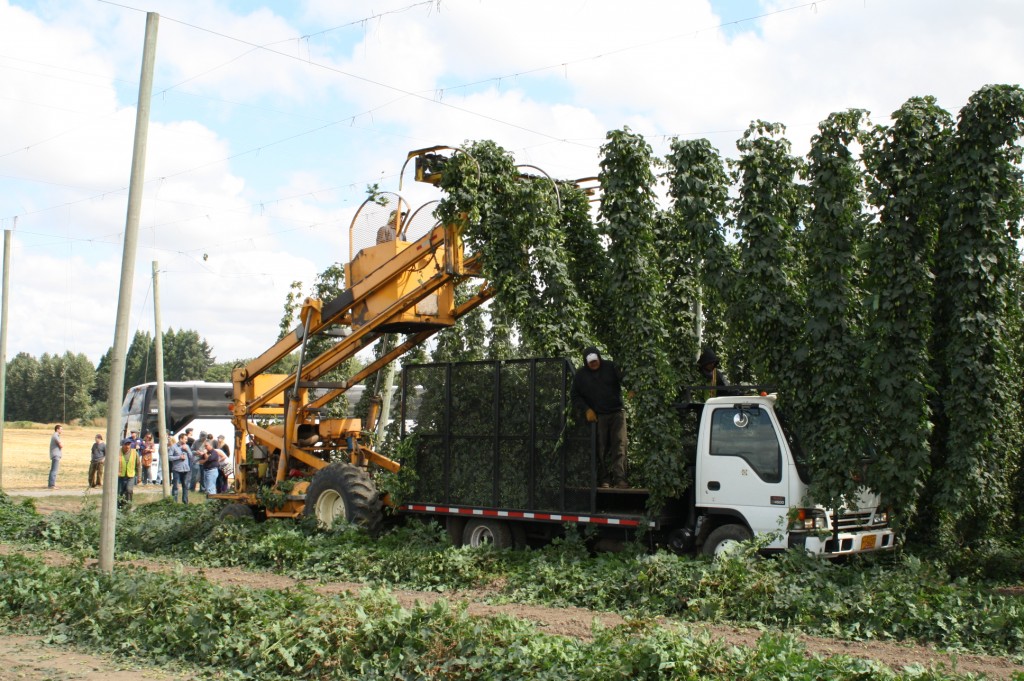 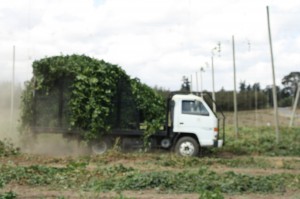 After spending about an hour frolicking like bemused children through the enchanted columns of seemingly infinite hops (according to Weathers the farm grows on about 500 acres of land) while truck after truck zipped away with loads of sticky green, our group headed up the road to the processing plant. Here the individual clumped bines were attached to a conveyor and suspended from the ceiling above, then shucked of their fruits before multiple custom-made belt, ramp, and screen filterings honed the lush cones down to their desired form. After this, the cones where brought to a heated kilning loft above the farm to dry and eliminate risk of mildew and other undesirables. The scent in this warm loft was pure heaven for those who enjoy the olfactory of ripe resinous hops. The same could be said of the vast refrigeration unit that housed the kilned hops bailed into 200 pound quantities. From about ten feet to the massive cooler door, the whiff of air was unfathomably luring. 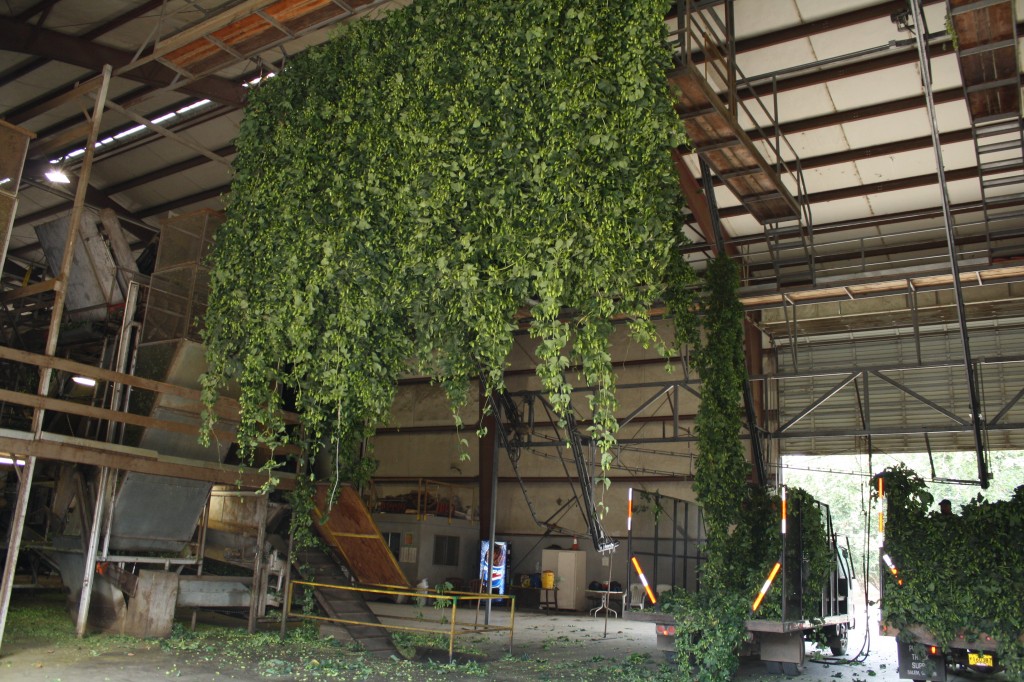 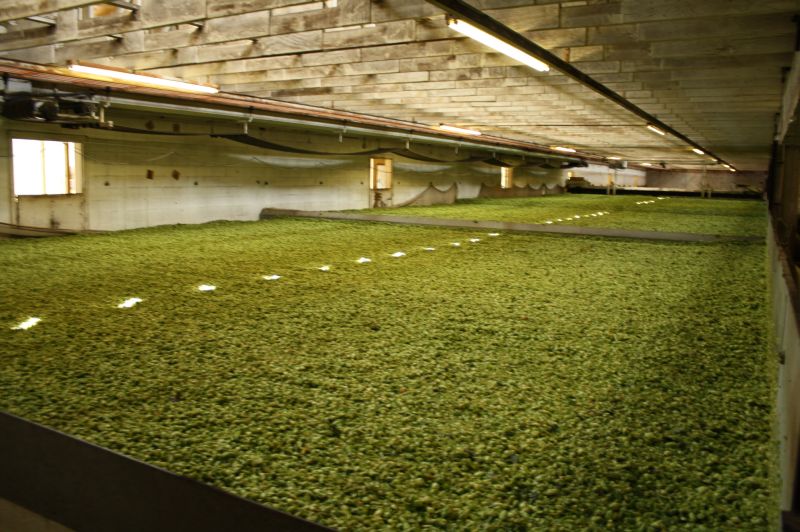 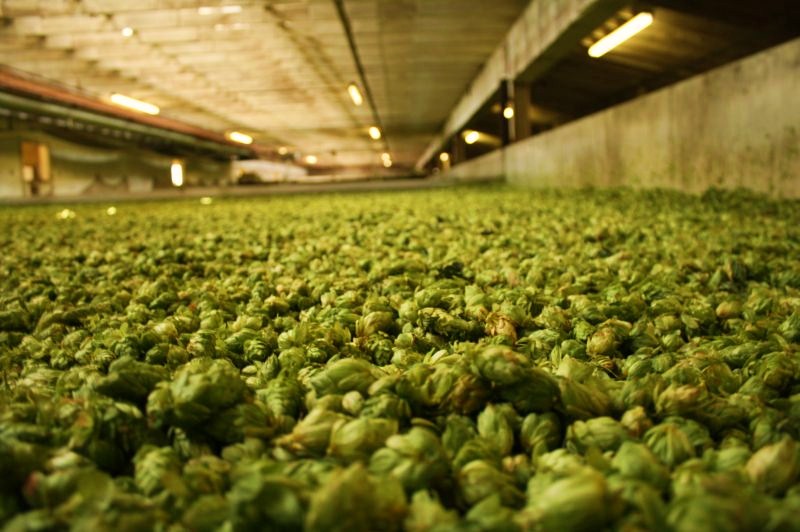 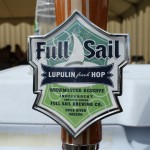 Concluding the detailed tour by Mr. Weathers, our crew was treated to a barbecue under two large outdoor tents in front of Sodbuster Farms. As a special treat, our group was presented with to two quarter barrels of hoppy Full Sail beers including the Brewers Reserve Spotless IPA, and the champion of the day, an inaugural Lupulin Fresh Hop IPA made with a citrus and piny Brewer’s Gold to wet hop, kettle hop, hop backed and dry hop. Needless to say, Full Sail’s first fresh hop brew of the year didn’t last long. 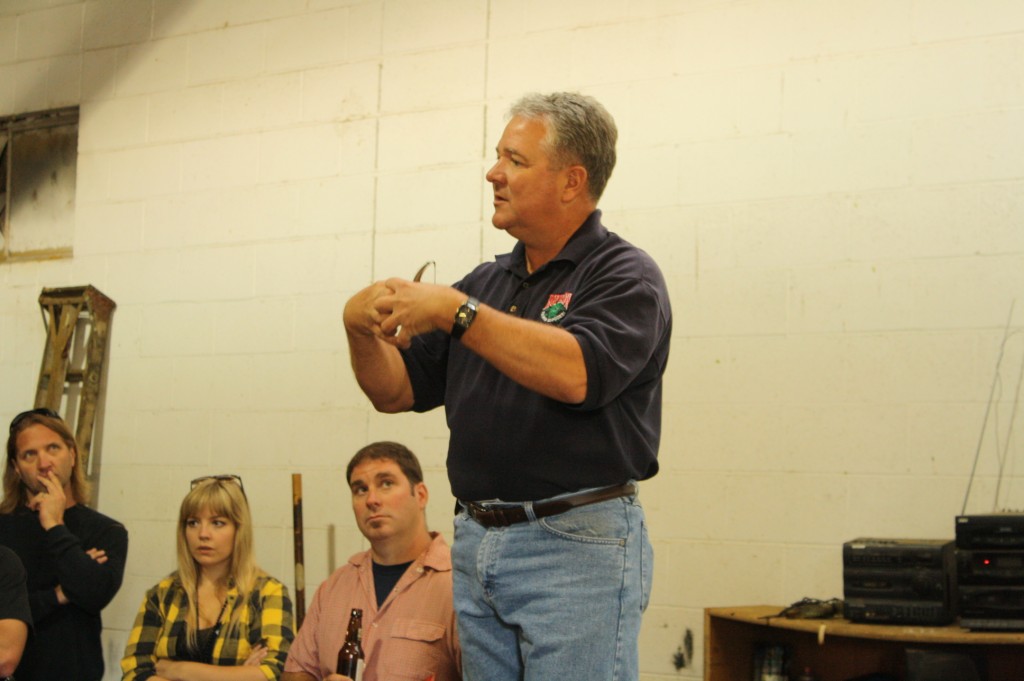 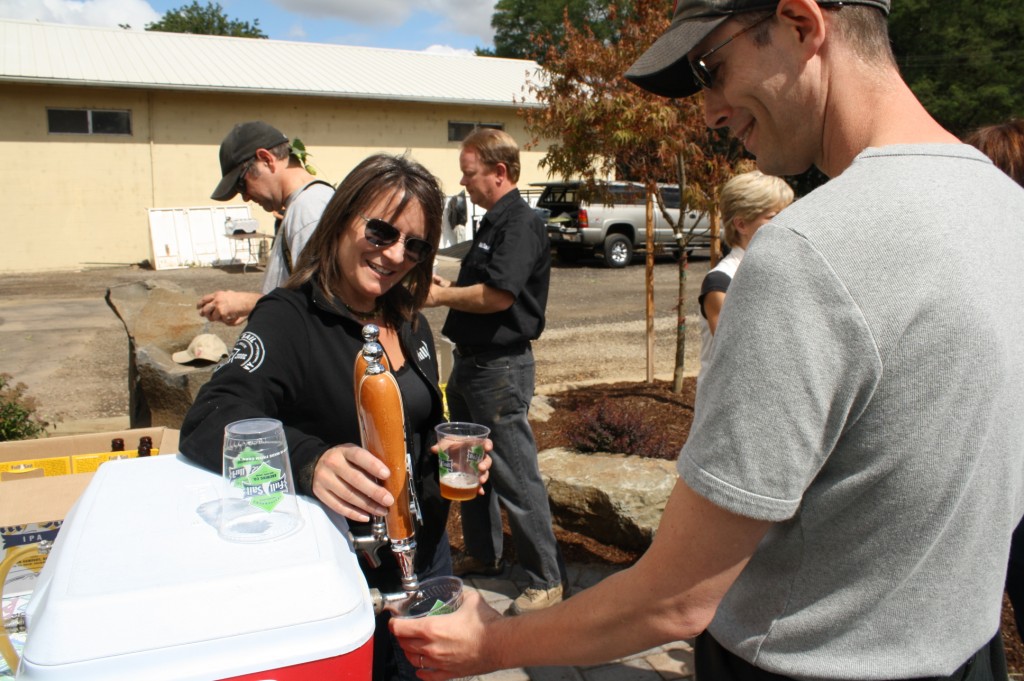 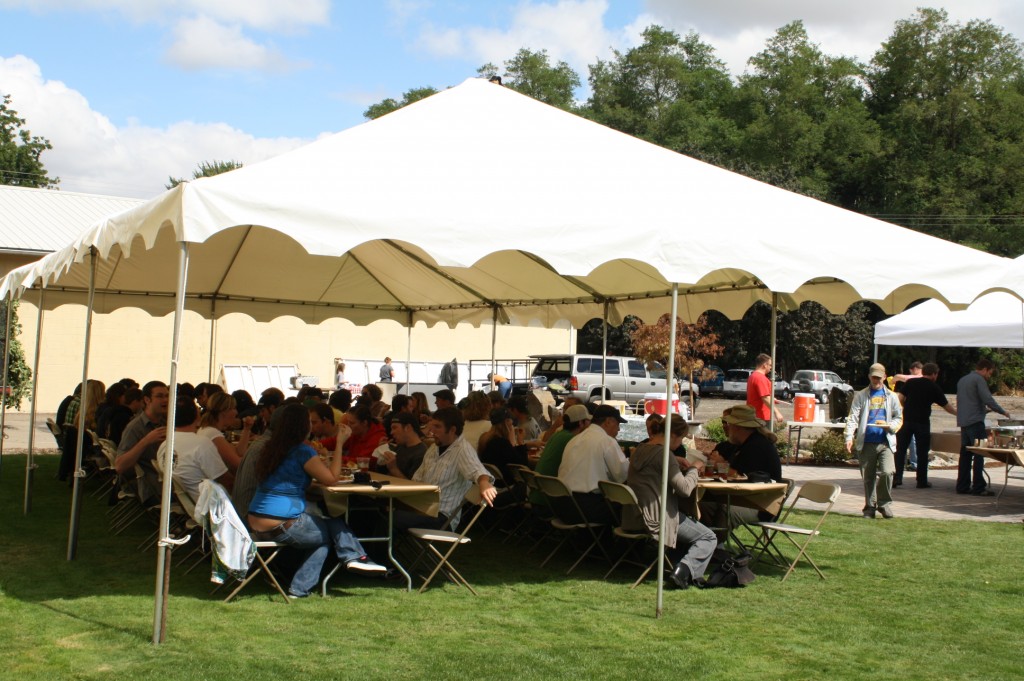 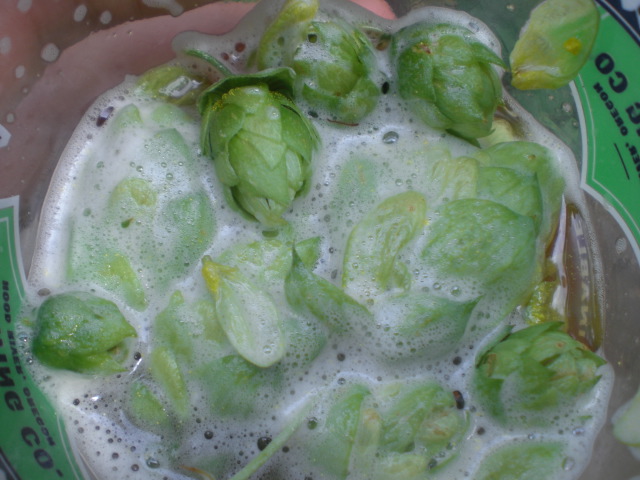 Thanks to everyone involved, including Full Sail Brewmaster John Harris, Marketing Manager Sandra Evans, Sodbuster’s Doug Weathers, and the rest of the gang on board, this hop trip was one for the ages. Cheers! 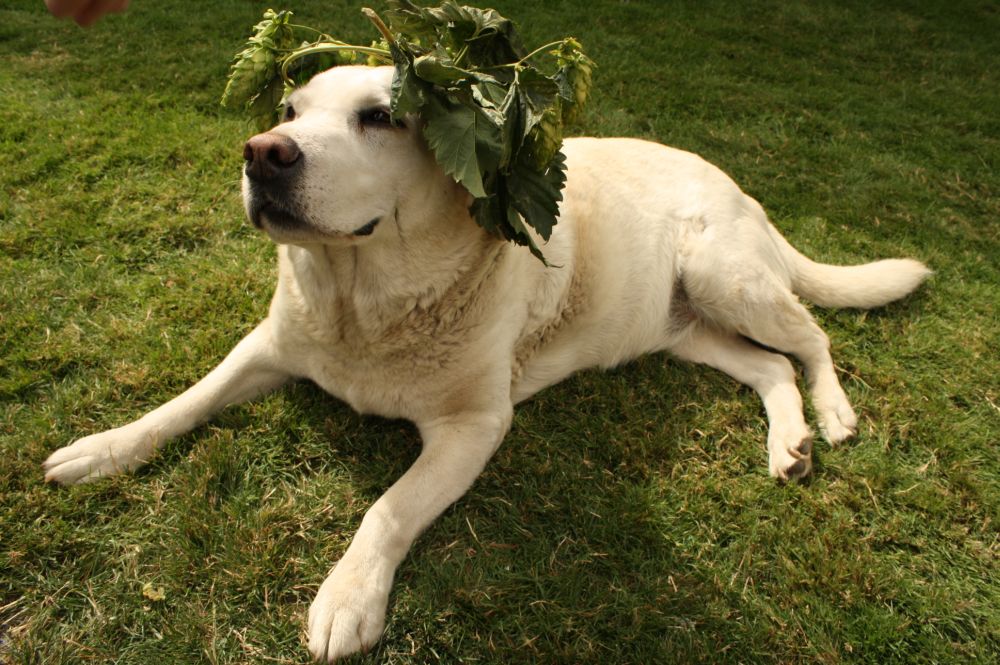 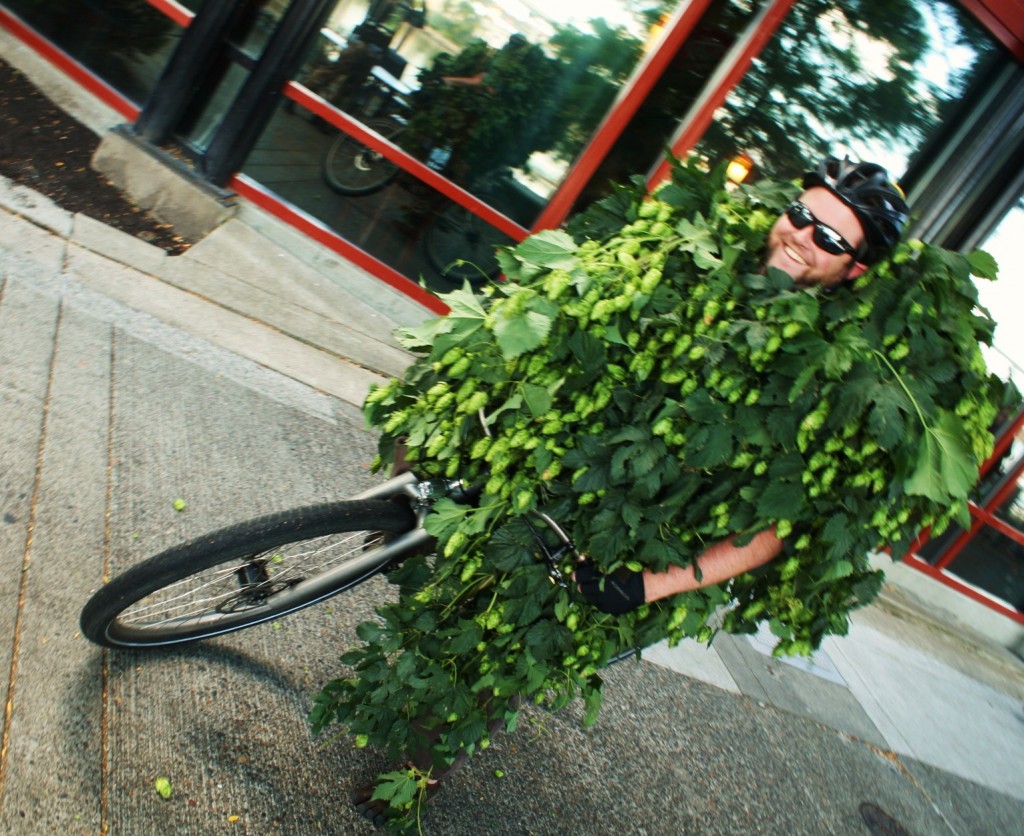