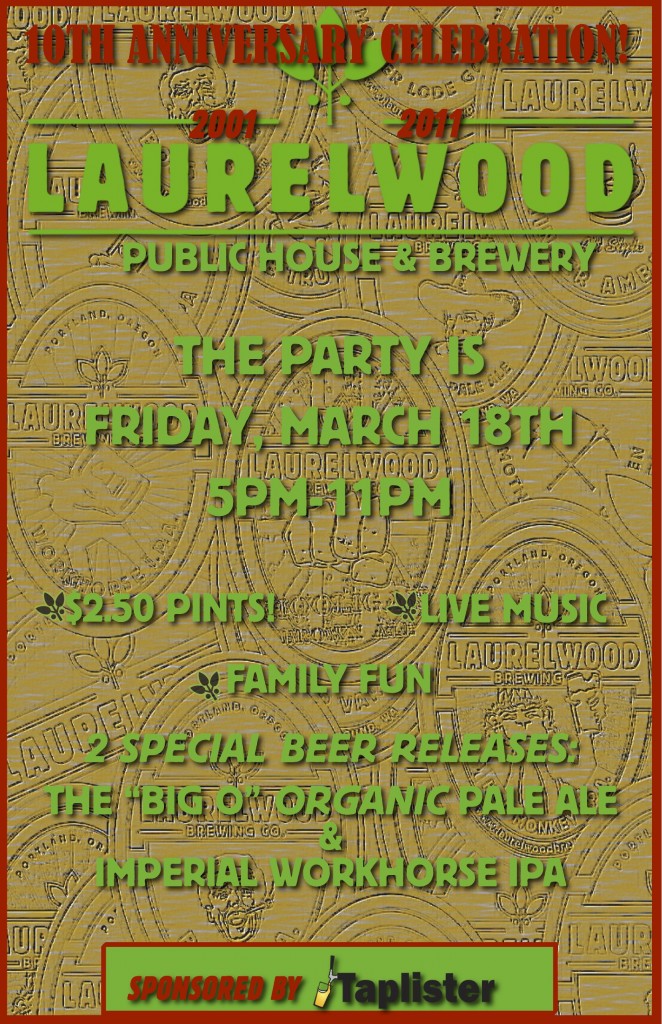 Laurelwood Public House & Brewery will be celebrating their ten year anniversary on Friday March 18, 2011 with a grand birthday celebration. In true Laurelwood fashion the occasion will be marked with 12 great beers on draught, the tapping of two firkins, live music, family fun and food specials featuring a Sweet Briar Farms Berkshire Pig Roast. From the brewery there will be two great new beer releases. First off is Imperial Workhorse IPA in a limited edition screen printed 22oz bottle. The second will be the debut of Laurelwood’s newest year round organic brew, “The Big O” Organic Pale Ale. “I’m really excited to be releasing these two new beers for our anniversary celebration. I think we’ve developed a knack for creating hoppy ales of great variety. The new Organic Pale not only shows what we can do with subtle hop flavors but also speaks to our leadership as an organic Oregon brewery. The Imperial Workhorse, of course, shows what we can do with over the top hop character while maintaining balance and drinkability” says Brewmaster Chad Kennedy.

Laurelwood was founded in March 2001 by husband and wife team Mike De Kalb and Cathy Woo-De Kalb. The original Laurelwood Public House & Brewery opened in the Hollywood district in NE Portland, Oregon with a 7 barrel brewery system. “Since the beginning we have been 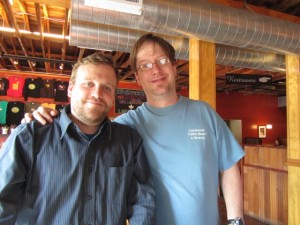 committed to sustainability and supporting local farms and other purveyors. We are Portland’s first certified organic brewery and all of our craft beers are brewed with Pacific NW organic malt as well as regionally sourced hops. The brewery is certified organic by the Oregon Tilth and all of our brewery water usage is offset by credits from the Bonneville Environmental Foundation. The breweries’ spent grain and yeast are used as animal feed and we compost all of our spent hops. Our commitment to sustainability fits our commitment to making quality beer” says owner Mike De Kalb.

In 2007 Mike and Cathy relocated Laurelwood Public House & Brewery just 12 blocks east of the original location to the former Sylvia’s Dinner Theatre in NE Portland. This location remains home to their 15-barrel brewing system today. With 5 great pubs including two at the Portland International Airport, Laurelwood is distributed throughout Oregon and Washington in both draught and 22-ounce bottles. 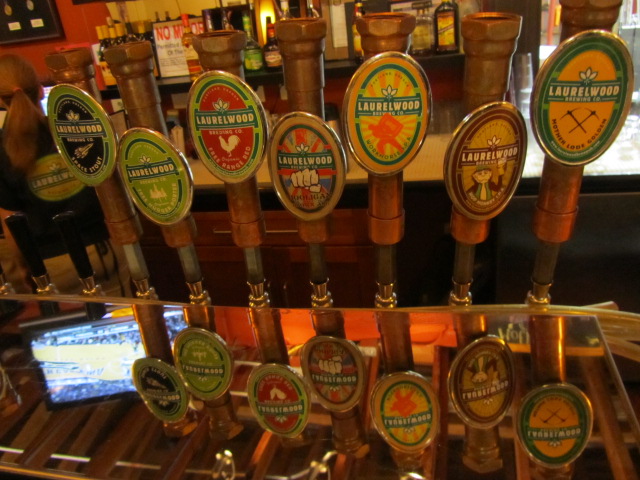 The Celebration starts at 5pm and is being sponsored by Taplister.com. Taplister, founded in 2009 and run by Kerry Finsand and Ken Baer, is a free online service that provides information about what craft beer is on tap at bars in 45 cities around the country.  Users can find out what’s on tap on the website Taplister.com and with Taplister’s mobile apps available at apps.taplister.com.