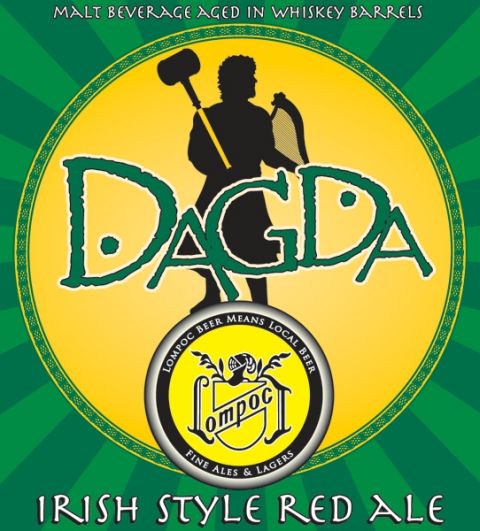 Join New Old Lompoc Friday at Sidebar from 4 to 10 PM for the release of their St. Patrick’s Day seasonals, Dagda and Bourbon Barrel Aged Dagda. The original Dagda, according to the brewery, is a Pan-Gaelic Red Ale featuring a malty body with caramel flavors, a touch of smoke and a tart finish while the Bourbon Barrel Aged rendition is “an Irish Style Red Ale aged in Bourbon barrels for 11 months, then cellared for one more.  It has a mahogany color and a cherry, oak aroma to complement the malty body and slight toasted oak flavor.  Both versions will be on tap, and Bourbon Barrel Aged Dagda will be sold in 22 oz. bottles as well.  All this and complimentary corned beef sliders, too.

Also slated to be on tap, 2009 Old Tavern Rat, a dark amber colored barleywine that was aged for almost a year prior to its release.  It has a strong bitterness that is balanced with the sweetness of caramel and toffee flavors; Merlot Barrel Aged Norman Invasion, a Biere de Garde aged for nine months in a Maryhill Winery merlot barrel.  This beer is said to be extremely dry with lots of oak, wine notes, and a hint of sourness; Lompoc’s famed C-Note IPA, brewed with seven “C” hops – Crystal, Cascade, Chinook, Cluster, Centennial, CTZ, and Challenger; and  Fool’s Golden Ale, thier light, refreshing session beer that blends malted wheat and Crystal hops.   Please note that Sidebar will be closed this Saturday, March 12, for a private party.

This past Monday, Gary Geist from the Lucky Labrador joined the Lompoc brewers for one final brew on the Lab’s brewhouse that Lompoc borrowed for the past six years.  The collaborative beer – C-Dog – is a 50/50 blend of C-son’s Greetings and Superdog+. Both beers were brewed into one fermenter, with nine types of hops added in the kettle (the seven Cs, Fuggles & Amarillos).  The entire fermenter will be dry-hopped with another eight types of hops for a ridiculous total of 32 lbs of hops in a 10 bbl batch.  The malt profile includes flaked barley, Crystal 75 and Munich. The resulting dark straw colored IPA should be 7.5% and ready in about a month. 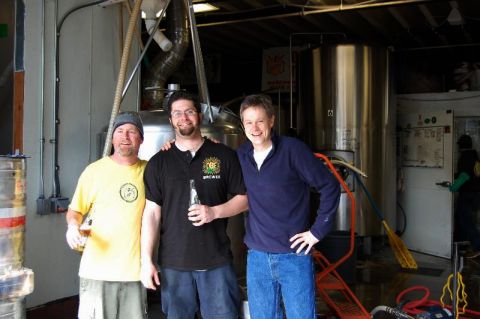 Join us for a wee bit of fun on March 17th and gather at Fifth Quadrant, Oaks Bottom and New Old Lompoc for a St. Patrick’s Day Celebration.  No cover charge! Live Irish music (playing on the radio)!  Corned beef and hash plus fantastic Irish drink specials!  Plus Dagda and Bourbon Barrel Aged Dagda on tap.  Why stand in long lines to drink tinted beer when you can hang out in the comfort of a Lompoc pub?

Coming up in April is the release of our highly anticipated Kick Axe Ale in honor of the Timbers Army 107ist, and our annual release of 1060 EZ in honor of Tax Day.