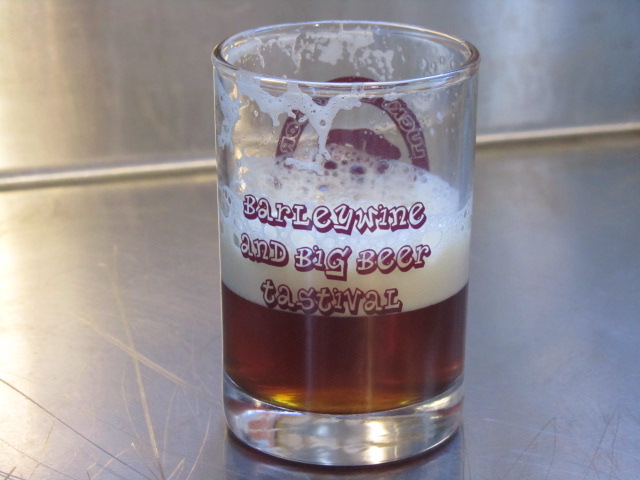 This week we were invited to the Lucky Labrador Beer Hall on NW Quimby to join brewer Ben Flerchinger for a sampling of various vintages of hearty and stalwart brews. This year’s highly anticipated tastival, slated for March 4 and 5, will reveal around 60 high octane beers capable of knocking out any remaining winter chill we might be experiencing.

During our preview, Flerchinger along with fellow Lucky Lab brewer Casey Lyons, Lucky Lab founders Gary Geist and Alex Stiles, and a few other Portland beer media folks tasted and tested a wide assortment of vintages from various breweries dating back to 2007. 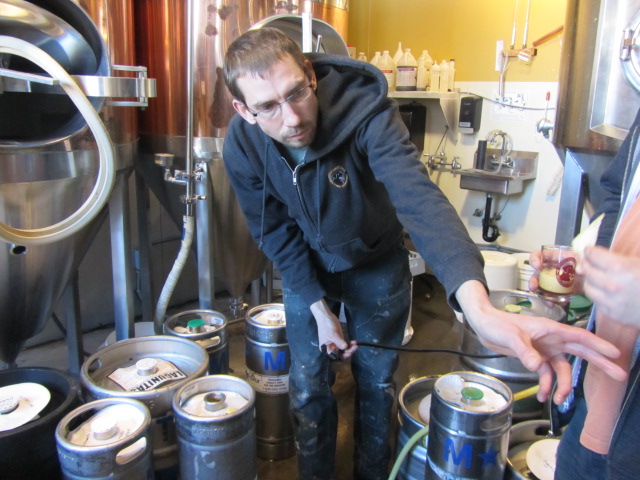 Geist recognizes a trend where barleywines are being replaced often by imperial IPAs, imperial stouts, and strong barrel aged offerings. “Barleywines are so ’90s” he says, “Nobody makes them anymore.”  Geist says that the Lucky Lab pulled back on the big beers this year to allow the remaining vintages to shine. “We went a little overboard last year” he says. “We’ve got a lot of interesting, rare beers to try for 2011.”  And he couldn’t be any more right. While a few of the older kegs had taked a turn for the worst and will be extricated from this year’s lineup, several have matured into quite notable and complex offerings. Here’s some recommendations that attendees at this year’s Barleywine and Big Beer Tastival might not want to miss out on: 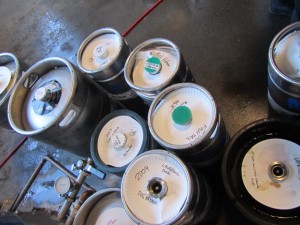 2008 Alaskan Big Nugget – with a big hops nose, Beervana’s Jeff Alworth says “It smells hoppier than it is. The hops have fallen back some.” Big Northwest hop character has melded with age with the emboldened underpinning of malt. 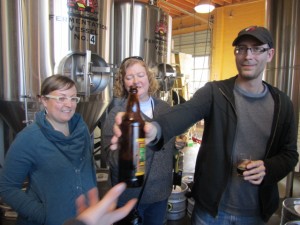 2008 Laurelwood Old Reliable – Living up to its name is this malt-heavy and rambunctiously bitter brew. Featuring a touch of honeyed sweetness, you can expect this beer to not last long at the fest, so get it while you can. 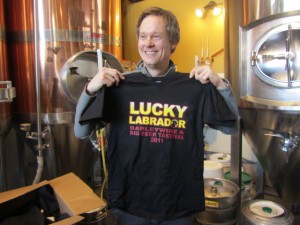 2008 Rogue Old Crustacean – One thing is for certain, Rogue makes amazing big brews. Old Crusty is a prime example of this and how the Northwest enjoys ramping up the hops in a barleywine. After a few year, the hops have settled a bit, but are undeniably prominent. This beer could easily be the best barleywine at BB&BW 2011.

2008 Ninkasi Sasquatch – Preston Weesner accurate describes this Eugene beer as featuring “hoptastic burning cheesy hops.” A favorite among our panel, here is a beer that both hop heads and aged beer fans should thoroughly appreciate. 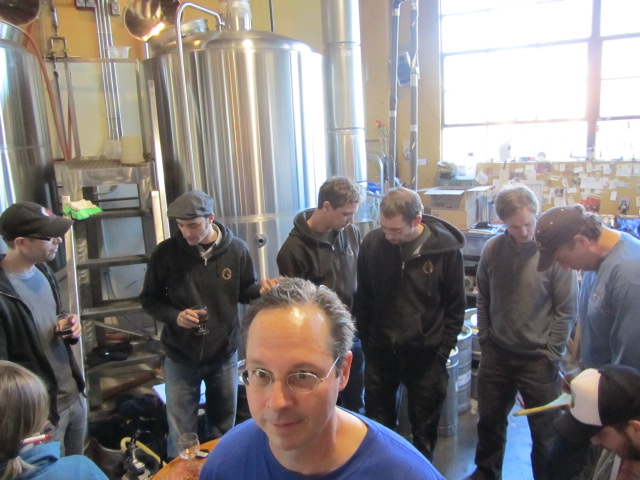 2009 Walking Man Olde Stumblefoot – Brewer Jacob Leonard may have left Walking Man for Widmer, but we’ve still got this crowd pleaser to reminisce upon. Last year, the lines for Stumblefoot indicated a deservedly popular brew. Big sprucy and spicy notes and a touch of sugary medicinalness results in one fortuitous beast. 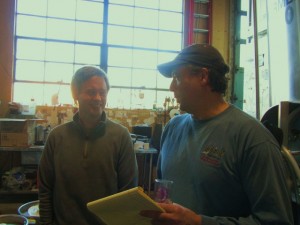 2008 Widmer Old Embalmer – Here’s another beer that you might want to think about hitting up as soon as it goes to tap. Lots of hop floralness remains and a tongue dancing of gargantuan barley plays along. Don’t miss this one.

2009 Salmon Creek Brother Larry Tripel – Salmon Creek’s Larry Pratt hit paydirt with this big beauty. A sweet candied malt spine interplayed with the distinct dry yet fruity yeast character. This could easily be one of the Creeks best beers ever.

2008 Hopworks Floggin Noggin – This offering from HUB’s early days offers perhaps the most fruity hops notes of the lot. Floral and tropical notes play like a triple IPA more than a barleywine. No wonder they call ’em Hopworks. 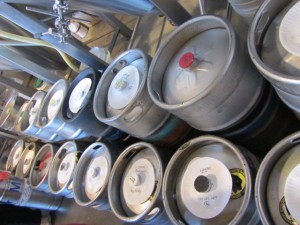 2008 Terminal Gravity Festive Ale – Big floral and malty balance. Quite a robust and complex big beer. This beer is utterly amazing. Spicy, dry, and with a beckoning amber hue, TG does it right with this puppy.

2009 Collaborator CXI Pumpernickle – Michel J. Brown’s masterpiece is this still kickin’ bready and rye-nutty brew. Around 9% ABV, the pumpernickle is a beer that will likely never be duplicated, so getting it while you can might not be such a bad idea.

2008 Speakeasy Old Godfather – Okay, so maybe our palates were a little shot at this juncture, but not so much that this gargantuan couldn’t make a bold statement of awesomeness. 10.2% ABV and with a boatload of still lingering hoppiness, OG is still holdin’ in down. Get yourself some. 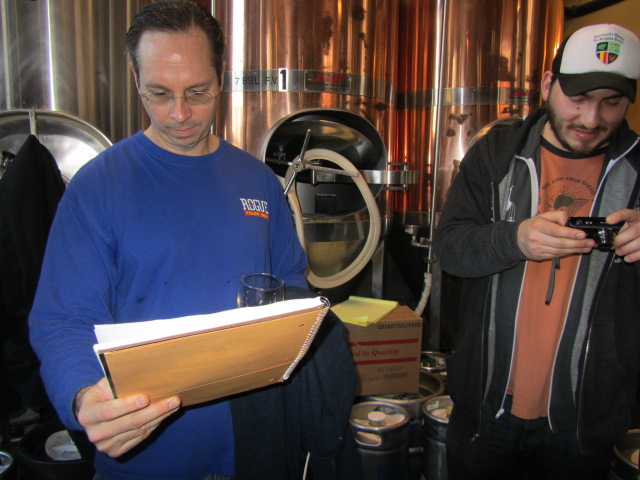 2009 Laughing Dog Dogfather – This opaque inky beer is one hell of an imperial stout. Roasty, boozy, and with enough piquancy to match. This was across the board one of our top picks at the events and not just another dog-themed brew. Where’s Snoop? 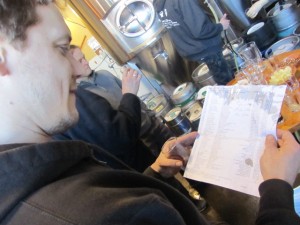 2008 Rogue RIS – Turning up the notch a little higher from Dogfather is this wonderfully deep and roasty beer. Waves of chocolate would make this perfectly suited to embody a scoop of coffee ice cream. Hell yeah!

2008 Rock Bottom Barrel-aged Imperial Stout – Perhaps the least creative name of any of Van Havig’s beers, this gets our vote for one of his best. Unapologetically bourbony with a lot of spicy and cream oaken notes, Brewpublic endorses this as the winner of best beer for 2011’s event. But, hey, decide for yourself. For a complete list of beers to be featured this year, click here.

There are many other big brewskis to be jazzed about this year. Find your favorite and let us know what you liked best. 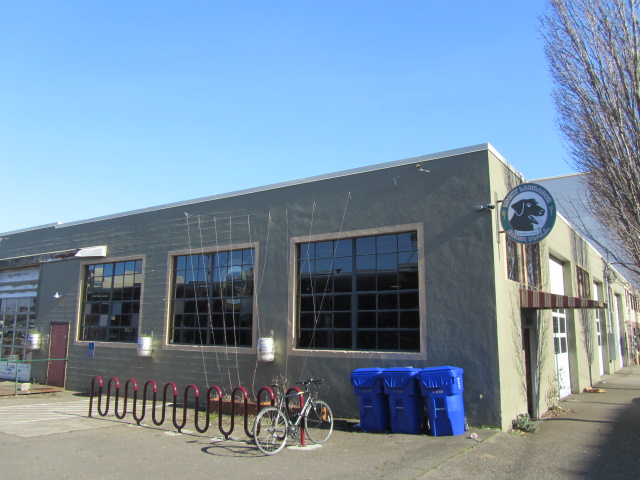 Lucky Lab’s Barleywine and Big Beer Tastival is happening on Friday March 4 and Saturday March 5, 2011. Both days from noon until 10PM. It’s all happening at Lucky Lab’s Northwest Portland Beer Hall at 1945 NW Quimby Street. Admission is free and minors are welcome until 9PM. To taste a $9 glass (comes with two tokens) is required to be purchased. Additional tokens may be purchased for $2 each. Please bring cash for the event. Even more importantly, please pace yourself and know your limits. Drinking and driving is never acceptable. The Lucky Lab is more than happy to help you find a cab if you need one. Salud!